My Blind Date With Greece 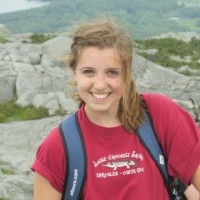 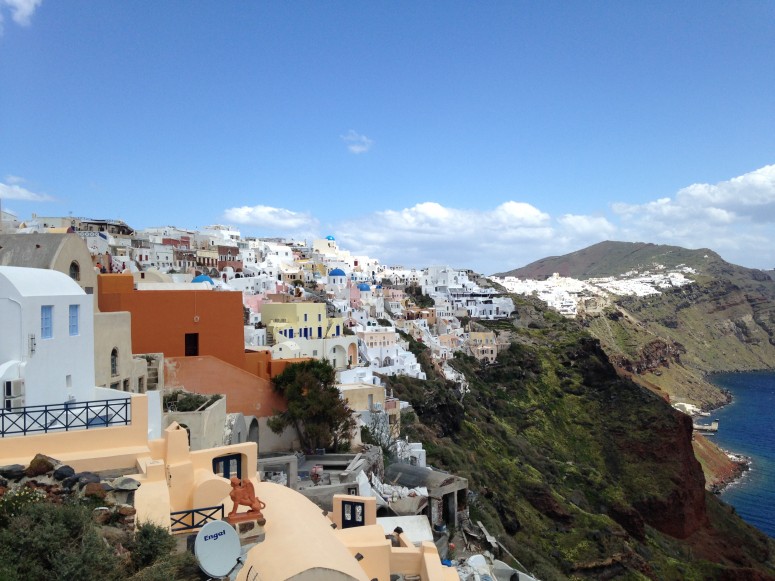 Whenever I travel to a new country, I’m always afraid that it’s not going to live up to my expectations. I then immediately think, “Wow Caroline, it must be so hard for you that these beautiful European cities you get to visit might not be everything you hoped for. You’re perseverance through these hard times is an inspiration to us all”.

But it’s honestly not really an actual worry. It’s more of just a mental preparation. It’s kind of like showing up to a blind date and hoping that the person looks like all their pictures you saw while Facebook creeping. You have to be prepared to face the reality that a city is a city and not every part will be like all the romantic postcards you’ve seen. It’s one thing to have a professionally edited picture of the Eiffel Tower as your desktop background and another thing entirely to actually be there among all the tourists.

My most recent trip I went on was to Santorini, Greece. If you don’t recognize the name, just picture that island with all those beautiful blue-domed churches. Basically, just Google “Greece” and I bet you pictures of Santorini will be the first ones that pop up. I would know because I’ve done that exact Google search millions of times. Going to Santorini has been at the top of my bucket list ever since I knew what a bucket list was. My expectations of that little island were probably the highest of any place I had planned on visiting.

On the flight over (for the short time I was actually conscience because I was too tired to even keep my head up) I kept telling myself to be realistic. If I kept picturing the island as this magical fairy tale land that I had seen on the internet I might end up ruining it for myself.

It turns out that all that mental preparation wasn’t necessary. Santorini is one of the most beautiful places I have ever been to in my life, if not the most beautiful. We stayed in the village of Oia, which is the one that’s most frequently photographed. The whole village is a just a Jenga game of cave houses, restaurants, shops and hotels that look out over the stunning Caldera bay. The sunrise and the sunset is so jaw dropping-ly, unbelievably spectacular that people from all around the island crowd on top the rooftops and patios to watch it happen. It’s a little touristy but we went in the off season so the island was generally pretty quite. We were also fortunate enough that the house we stayed in had an amazing view all to itself so we could just chill there all day and just take it in.

We sailed around the Caldera on a catamaran. We ate Greek food. I actually got a tan. We saw a midnight Easter mass at the church near our house. It was so incredible it was surreal. At the end of trip I had to do more mental preparation just to leave the island. Then, again, I immediately thought, “Holy crap, how are you going to make the challenging transition from lying by the Mediterranean Sea to strolling around London, England? What a martyr.” It’s a tough life guys.