Morocco, a Reflection on Global Migrations 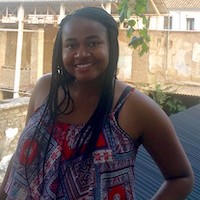 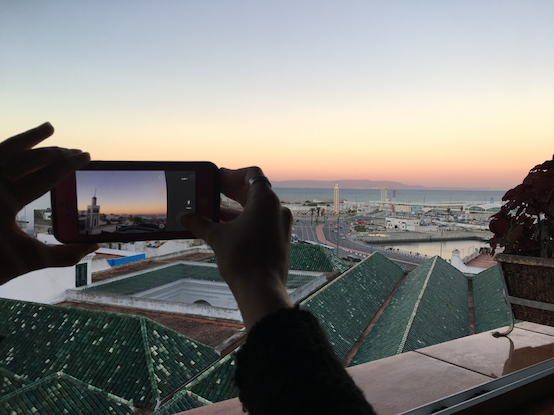 What often strikes me as problematic in thinking about migrations, is how it is entirely controlled by how your physical characteristics are policed by authority figures. Within this policing in particular, historical systems of racial hierarchy rear their ugly heads. While Spaniards can easily travel into Morocco, the border systems in place do not allow for Moroccans to always freely enter Spain. This policing primarily targets the populations who live in nations in the non-Western world. Spain does not have the toughest border controls for entering and exiting the country when compared to other places I’ve visited. I realized during our trip to Morocco that Spain, like other countries who act as gatekeepers in establishing who is acceptable to admit to the country, that admissions are entirely based on who is perceived as a threat. This has become tenser in relation to Morocco, following the 11-M attacks in Madrid in 2004.

When our group traveled into Morocco, spending our first day in Tangier, we spoke to two women who were from sub-Saharan African living in the port city temporarily before they attempted to make the big journey across the Strait of Gibraltar to Europe. For people who are migrating for better opportunities from sub-Saharan Africa, Europe seems like a promised land; however, it is one that in their minds has been built entirely on imaginings of wealth and opportunity that do not usually materialize for marginalized migrants. Interestingly, even for migrants who make it to Europe, sometimes the only form of employment they can find is begging for money on the streets. However, because Europe is imagined as a promised land and people from migrants’ home communities do not know the reality of their situation, they are still hailed as heroes who successfully made it out and now live a more wealthy life.

Because their stories are not mine to share or commodify for the purpose of this blog post, I will only say of the women that we spoke to that what I learned from them is that the more places I am able to travel to and enter and exit freely, the more I realize how I cannot take for granted that all of our lives are based too heavily on where we happen to be born. I looked like the women that we spoke with, but because I was born in the United States, my life has an entirely different trajectory.

The phenomenon that warrants the most reflection is that the push and pull that exists in global migration patterns today can be traced all the way back to the Transatlantic Slave Trade which is both the reason why my roots are in the United States and why the women from sub-Saharan Africa do not have the mobility to move freely for economic opportunity.

Traveling to Morocco allowed me to reflect on the fact that I can go to places across the world as a carefree tourist because my passport gives me the privilege to do that. The phenomenon that needs to be unpacked, and what will remain a problem in the coming years as a rapidly desertifying and warming Earth produces climate change refugees across the global South, is how these brown and black populations who outnumber the Western gatekeepers will either be allowed in to the West through policy changes (less likely but a possibility) or will be forced to bring down the gates of these systems of oppression that have existed for centuries.