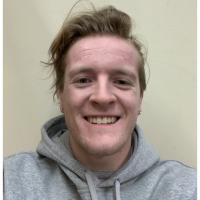 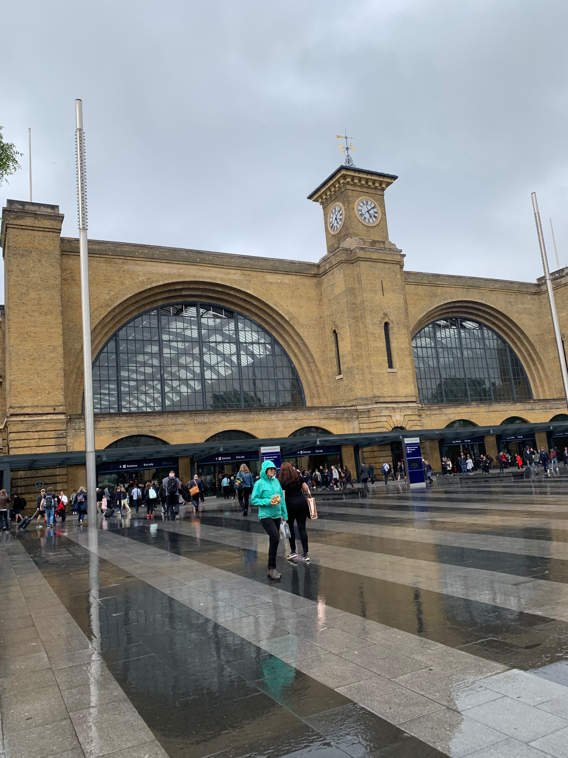 On a classic rainy London day, and my first day in London, I took the first train I saw out of the city. This wasn’t on purpose of course, and actually lacked a lot of common sense in hindsight. It was not productive, but it was a learning experience.

A friend and I had been dismissed from responsibility for the day and took off to explore the city. We seem to fly by the seat of our pants, and obviously, this can lead to various outcomes. Both of our phones were either low on battery or not functioning at all, and we essentially walked into any building that caught our eye. After about an hour of wandering, we came to a huge clearing and said, “isn’t this that place Harry Potter ran through?”

It was King’s Cross. The perfect destination for us to stumble into because it was later in the afternoon, and we figured we’d head back to the house. Realizing our travel passes would work, we found some Wi-Fi and completely misinterpreted the directions on our phones. We hopped on the first train on platform seven and headed towards God knows where.
Obviously, we needed to find our way to King’s Cross and take the Underground back to the house. It was only about 15 minutes into the train ride that we questioned ourselves. I was admiring the country-side and all the animals and suburbia of London when we suddenly thought, why are we seeing vast land on our way to the Princess Elizabeth House?
We hesitantly got off at the first stop which was about a 30-minute ride outside of London and took a breather.

The rail map might as well have been in Chinese, so we had no idea where we were. Luckily, I found another Wi-Fi connection and took to my phone once again, this time, with a more reliable app. We had wound up in Stevenage. Judging this town by its rail station, I don’t think there was much going on. After using the bathroom and getting our wits about, we decided to hop right on the next train back into King’s Cross. We later found out a few things about Stevenage from multiple local sources. The first is that we were right, there is apparently nothing to do in Stevenage. The second is that it wasn’t in zone 1 or 2 of London, so the charge on our travel card would have been pretty big to leave the station and then re-enter. But we stayed on the platform and within the gates the entire time, avoiding the extra cost (this was the smartest move of the day).

After another long and pointless train ride in the exact direction in which we just came, we hopped off and headed right for the underground and corrected our initial mistake.

So, thanks Stevenage. Besides my phone telling me we were an hour and a half drive from the Princess Elizabeth House, and never actually leaving the platform, I enjoyed myself getting completely lost in London on my first full day. In fact, I am looking forward to many more absurd trips and winding up anywhere my feet, or an ill-advised train may take me.