Learning to "Rock og Roll" With It 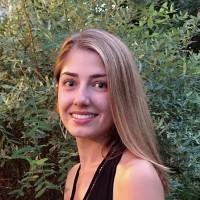 If you were to ask my family and friends to describe me in one word, “easy-going” would not make the short list.

Efficient? Yes. Sincere? I hope! But I have never been one to embrace complete spontaneity. However, being abroad has pushed me to cope with—and revel in—the unplanned and often serendipitous moments of travel and adventure.

My four-day trip to Oslo was no exception. When my sister and I headed to the airport on Thursday night, I was pleased to present her with the perfectly-crafted Norwegian itinerary. I had spent hours on travel blogs and other tourist sites in an effort to create the ultimate weekend getaway. Hotels were booked, transportation was arranged, and promising restaurants had been earmarked for the greatest dining experiences.

Our excitement slightly abated upon arriving at our gate. Our late-night flight was delayed by 50 minutes—we would not arrive in Oslo until 12:25am. Panic ensued when another traveler informed us that the last train to the city center departed at 12:50am. We would need to move fast once our plane touched down, or take our chances flagging down an expensive taxi in the early hours of the morning.

Blessed by some Norse god, we made it onto the train with four minutes to spare. Our small and cozy hotel room appeared luxurious after hours of traveling. We collapsed into a deep sleep.

The next evening we were scheduled to take the train to Bergen, a fishing city in western Norway. We would return to Oslo via the same route on Sunday morning with enough time to catch our plane back to Edinburgh. When I called to confirm the round-trip ticket that Friday, the operator delivered the unfortunate news regarding our Sunday departure. Due to a national conductor strike across Norway, all Sunday trains from Bergen to Oslo would be cancelled and we would be issued a full refund promptly.

Instead of panicking, I decided to research flights from Bergen to Oslo and received a second bout of good fortune: the 40-minute flight between cities was slightly cheaper (and significantly quicker) than the Sunday train! We booked the flight and headed to Bergen on the midnight express, confident that our weekend could be salvaged. Despite the slight revision, we remained on schedule.

The stress of these logistical challenges immediately subsided upon our arrival in Bergen. We first enjoyed a three-course, two-hour breakfast at our hotel. Bergen is notoriously expensive and we were determined to eat our share of the all-you-can-eat buffet.

We took a cruise of the surrounding fjords and it was absolutely magical. On the way back to the port, our captain announced that one of the propellers was malfunctioning and that we would be arriving one hour later than expected. We sailed back at a leisurely pace, captivated by the beautiful scenery and the complimentary varm sjokolade.

An afternoon stroll along the picturesque wharf and wooden (yes, wooden!) streets of Bryggen explains why Bergen is the cultural capital of Norway. The celebrated fisketorget is a culinary masterpiece; it serves up fresh Salmon each evening amidst heated lamps and glittering stars. This is a great city for nature-lovers and seafood enthusiasts. For the Nordic people, these passions are one and the same.

Unfortunately, I am allergic to shellfish and seafood… and reindeer is not my meat of choice. Bergen cuisine is not the best for this pseudo-vegetarian with a plethora of food allergies. My sister and I regretfully passed on the chance to enjoy a cozy, traditional dinner of fish soup and mussels along the waterfront. We wound our way through the charming streets and into an American-themed retro dinner instead. It wasn’t the most authentic Bergen meal, but it featured a great outdoor space with heat lamps and wool blankets. We chowed down on burgers and fries as “Mr. Postman” played in the background.

Consistent with the 1950’s theme, the restaurant was aptly named “Rock og Roll.” Although this diner was not part of my meticulous agenda, it became a highlight of the trip. My sister and I chatted with the friendly bartenders and watched the locals out on their evening strolls. Satisfied with our indulgent meal, we snuggled up in the blankets and reflected on the craziness of the past 48 hours. Our weekend (mis)adventures taught me a very valuable lesson—sometimes I need to just roll with it.

So Takk, Norway, for the memories… and the reminder that the best-laid plans are sometimes none at all.