Learning the Lessons of London 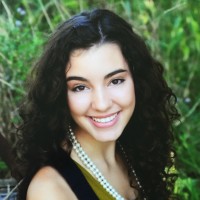 I cannot believe that it has been over a week since I first stepped foot in this amazing city; London is everything that I imagined and so much more. This past week flew by at lightening speed; yet somehow it feels as though I have been here longer than just that small block of time, I have already learned and seen so much and my classes haven’t even begun! I thought I would share with you a few of the lessons I’ve learned, struggles I’ve faced, and my thoughts on the city so far.

Before coming to London, it had been over six year since I’d been on a plane; and even then, I have only flown a handful of times. I knew that jet lag was a serious thing, but I hadn’t dealt with it much in the past and didn’t really know what to expect. Well let me tell you, a six-hour overnight flight with no sleep can screw up a girl’s internal clock. Essentially, I was up for two whole days straight; my flight from Boston left late Tuesday night and I arrived in London late Wednesday morning. It took everything in me not to lay down for a nap, but I knew once my head hit that pillow I would be out for the count. Adjusting to a new sleep schedule and a new place can truly be rough, but the key is to resist the urge to sleep! I tried my best to stay up decently late the first couple of nights, but there were still those times where I was wide awake at 4 am or ready for bed by 5pm. As if adapting to a new sleeping pattern isn’t enough, your body needs to adjust to the new meal times as well. Within the first week I was often very hungry around 11pm, because it was 6pm back home and time for dinner.

I can’t lie, the lovely British accent was one of the aspects of England I was most looking forward to. I love listening to the people here speak, whether it is my friends or the automated voice on the tube repeatedly telling its passengers to “mind the gap.” But it never occurred to me that they might like my American accent just as much as I like theirs! Countless people have told me they love my accent, and honestly I cannot understand why; to me, American accents are very harsh and improper. However, the people I have met here seem to strongly disagree and describe Americans to be very “nice” sounding in general. I suppose I can see where they are coming from, because my accent to them is a refreshing change; it is for just that reason that I love the British accent so very much. Nevertheless, I don’t think I will ever be able to wrap my mind around their love for the way we Americans speak.

On my very first day in London, someone said this to me and my immediate reaction was quite defensive. Why doesn’t this person think I am alright? Do I seem flustered? Is it that obvious I haven’t slept in over 24 hours and may pass out any second? However, the phrase “Are you alright?” here in England is merely the equivalent to saying “How are you?” in the States. It is a polite way of greeting someone, though it still throws me off every time; just one of the many British phrases that I am slowly getting used to. I thought I was all set because I was studying in an English speaking country, and though I do have it a lot easier than my friends who are studying in Spanish speaking countries, I still face a language barrier of sorts.

The Rainy Weather is No Myth

It is a well-known fact that London is typically cold and rainy, and I did know this when I chose to study here. Coming from New England, I thought I knew a thing or two about unpredictable weather conditions; but boy, was I wrong. Here in London, one minute it may be comfortable and fairly sunny, and the next it could be cool and torrentially down pouring. I wish I were exaggerating; I learned this lesson the hard way on my first day here. As if being royally jet lagged and thrown into a foreign country wasn’t enough to deal with, a few of us students got lost in central London in the pouring rain. Not yet comfortable with the idea of trying out the transportation system here, we walked around aimlessly with our soggy paper maps until we eventually found our way back to the hotel. Who goes to London and doesn’t pack a raincoat or an umbrella? This girl, unfortunately. My first purchase in London was an umbrella, and it has become my best friend. For someone who isn’t a big fan of rain, I think I have quickly adjusted to the weather conditions here and I actually don’t mind the frequent drizzle all that much.