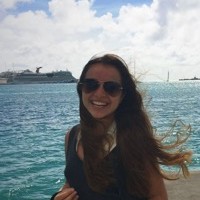 Prior to my arrival in New Zealand, I received many comments and advice about the country. I was told that countries like New Zealand and Australia will have a very similar culture as the United States. I was not sure what to make of the comment, but I was pretty sure I would be able to prove this judgment wrong. Shortly after my arrival I had.

A pleasant surprise I noticed early on, was the strong focus New Zealand has put towards the environment. There are small things that other countries do as well, such as: having two options for flushing the toilet, on and off switches for outlets, and the small number of paper towels in restrooms. These are of course great changes that I believe the United States needs to make; however, the biggest difference I noticed was people’s attitude towards the environment. The people who live in New Zealand are much more passionate and careful about reserving their country’s cleanliness.

As a part of my study abroad experience in New Zealand, I have the opportunity to live with a “Kiwi”, a native New Zealander who is studying at the same school I am. I was in a group walking along the beach, when we came across a large tire near the shore. Everyone continued on with their walk except for my Kiwi host. She went out of her way to move the tire away from the beach. This was when I noticed that it is simply a part of the culture in New Zealand to care for the environment.

The main difference I noticed was litter. During my time in Queenstown we hiked a section of the Routeburn Track. As we were walking, my friend pointed out that there was no litter. I stopped and thought about this, and was amazed that we had in fact not come across any type of trash. All of the campsites had been left the same as they were found, and nothing not even apple cores or banana peels are ever thrown on the trails.

My realization of how environmentally friendly this country is has given me a whole new perception of the United States. Of course, the United States cares about their environment, but I have never lived in a place where it is so evident. Every time I use an outlet at the library, the switch is always turned off, no one ever leaves it on. I hope to leave New Zealand with a new outlook on the environment, that I will bring to the United States.