Kayaking on the Waikato 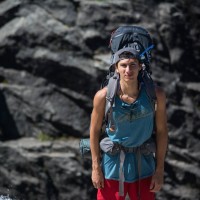 Every weekend in New Zealand has been an adventure. I have spent a total of one weekend in Auckland and plan on reserving most weekends for exploration of the surrounding area and of the North Island. Last weekend I discovered that on-campus clubs is an excellent way of traveling on a budget and ensuring that you are surrounded by awesome people in the process. During the first week of Uni, I signed up for every club I could; tramping, snow sports, meat, Spanish, divestment, cycling, frisbee, and canoeing clubs’ sign up rosters each had my signature and contact info. I had club events logged into my google calendar – I was all ready to go.

This last weekend marked the first trip in the plethora of club events I planned on attending. A couple of Arcadia students and I joined thirty other UoA students from various campuses to go kayaking on the Waikato river near Taupo lake, about three hours from Auckland. Eight cars were laden with four kayaks and four passengers each – it was incredible how well the club members were able to run the trip despite the laissez-faire nature of the planning process. We were told to sort our sleeping accommodations amongst ourselves and pack or organize our own food. The truly mind-blowing part: there were NO FORMS OR WAIVERS INVOLVED AT ALL! In the US, I could never go kayaking with a school-affiliated club without affirming, in writing, that I was an adult who would adhere to university housing policy while away and not sue the school for all it was worth if some misfortune were to befall me. This country is great.

My love for New Zealand stems from coexistence of untamed natural beauty and human civilization. While some would argue that these are mutually exclusive, New Zealand is an obvious exception. An abrupt turn off the busiest road in Taupo lead us along dirt tire tracks and down to a small kayak launch at the source of the Waikato River. We spent the day learning to paddle, cliff jumping and flipping our kayaks in the freezing water. The day ended with a riverside soak in a series of hot pools which cascaded down the hillside and into the river.

We slept well that night and awoke early for our kayak journey to “The Big Squeeze.” The hour long drive to the kayak launch took us out beyond cell service and soon we found ourselves lost among steaming volcanic hillsides and the endless pastures which dominate New Zealand’s landscape. A u-turn and twenty minutes of backtracking eventually delivered us to the kayak launch, and we set off through the warm, still, waters of a remote lake. The mists of a rainy morning were slowly lifting as we paddled our way across the lake and through a rocky canyon. Beyond the canyon, the lake widened and stretched into the distance, interspersed by small rocky islands. The sides of the lake were bordered by steep rises and lush wetland and beech forests. Around the corner was a 12 meter cliff, accessible from the water by a small rope climb. Most of us braved the freezing water and jumped.

A short way from the cliff, we disembarked from the kayaks and began trekking through a small stream which emptied into the lake. The banks of the stream rose on either side of us and became rock as we went further inland. Eventually, we were “squeezing” our way along a small corridor through which the stream flowed, and stumbling through deep pools which the water had carved into the rock. The sun shone through the narrow fissure, 8 meters above our heads as we walked single file for nearly half a kilometer. After a final climb up a small waterfall, we reached the “hot pools” – a swimming area of lukewarm water that had been cooled by rain dilution. No one stayed long, and we quickly returned to the kayaks for the return journey. Tired from the long paddle back, we were ecstatic to learn that there was a hot pool just a few meters down the beach from the launch. We spent the next hour relaxing in the scalding hot water pouring out of the hillside and into the lake. Satisfied with our soak, we packed the gear, dried off, and climbed into the cars for the long ride back to Auckland.

I made many great friends over the weekend, and found that Auckland is full of keen weekend adventurers. My suggestion to study abroad students: join clubs! Clubs are a great way to meet locals who have CARS and who can offer advice for activities off the beaten track. This weekend is the All Blacks rugby game, next weekend is TRAMPING CLUB! Can’t wait to share more of my experiences in New Zealand.