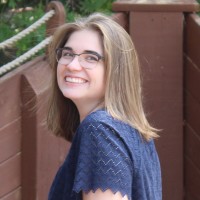 I have been abroad for 18 days- which, upon discussion with my new friends, can still be classified as a vacation. While I was never one who grew up going on three-week vacations, there are some families, couples, and individuals that do! My aunt and uncle took a three week to vacation to Australia a few years ago (and from the stories I’ve heard- three weeks is nowhere near enough time to do Australia justice). Regardless, classes have started and with that has come a reality check. Fortunately, I had the opportunity to take advantage of the time I had to adjust to being abroad to take a quick holiday with some of my new friends!

This might totally sound like a plug because I’m writing for Arcadia, but I’m genuinely so happy that I chose to embark on this journey with them. The friends that I’ve made thus far are also students studying at King’s College with the program, and it’s really nice to have people who can relate to your experience so directly. I met my two closest friends at the airport while we were waiting for the Arcadia shuttle to take us to day one of our adventure- and having the shared experience of Arcadia and King’s orientation allowed us a really great opportunity to get to know each other. So much so that we planned a weekend trip to the Amalfi Coast and created enough memories to last a lifetime!

Our flight left London Stansted around 1 pm on Thursday afternoon, and we landed in Naples around 4:30 pm (adjusting for the time change). We found a bus headed towards Amalfi and hopped aboard. Two or so hours later, we were in Sorrento in desperate need of some pizza (and pasta and gelato). After what can only be described as the best meal I’ve ever had (or can hope to have- appetizer pizza, ravioli with red sauce, Nutella gelato??), we made our way up to our Airbnb and got some rest before our day cruise to Capri on Saturday.

The next morning we boarded a small(ish) boat with an adorable Italian captain, two sets of honeymooners, and a few grandparents, as we toured around the Mediterranean until we reached Capri. He then showed us the Green, White, and Red Grottos. I’ve had the opportunity to see a lot of breathtaking and incredible places in my 20 years, but to be incredibly honest, I knew that Capri existed, but I didn’t know it was like, a thing. I was familiar with it, I knew it was Italian, and I knew that the Blue Grotto was also a thing, but I didn’t really, truly, understand that it was a destination. Our captain showed us where on the island (from the boat) the grado was located- and told us how tourists wait in line for hours to be in the Blue Grotto for two minutes. The Blue Grotto looks really dope in pictures, and you can only access it by a hole in the side of a cliff that’s about a yard tall. It’s so small to the point where your guide, as well as the passengers in the little kayak they use to maneuver you into the space, have to lay down to actually get inside. So, our captain talked us out of the Blue Grotto because we only had four hours to see all of Capri before our boat departed back for Sorrento.

We spent Saturday touring around Pompeii and Mt. Vesuvius with a fresh batch of honeymooners and made our way back to London early Sunday morning with enough time to prepare for our classes on Monday. This weekend was absolutely incredible, and I’m so excited to see what other adventures I stumble across during my tenure in the greatest city on Earth.