I’m Pretty Sure We All Died in That Blizzard… 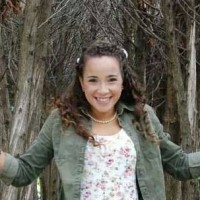 In a previous post I talked a bit about my trip to Iceland over reading week, but I didn’t actually talk about the things I did there, just about the process of traveling. Our trip to Iceland was a bit less than a week. We got there Monday afternoon and left Friday morning. We stayed in an Airbnb in Reykjavik the entire time and drove to the different things we wanted to see along the south side of the country.

The first day we just walked around Reykjavik just to get a feel for the city. There isn’t much there we realized. There is this amazing church and a cool harbor, and that is kind of it. We walked along a few streets and did some gift shop shopping (I love gift shops). We found out quickly that everything is ridiculously expensive in Iceland. At dinner we all spent at least 20 US dollars on a subpar hamburger. That was with no drinks or fries! We decided that we would buy a bunch of food at the grocery store called HAGKAUP (which sounds like a noise someone made when they cough...at least how we tried to pronounce it) and cook it in our flat we were staying in. This worked out really well and we saved a lot of money.

Our second day we went out early to do the Golden Circle Tour of Iceland. This is a route that many tourists take of different attractions on the south end of the country. It only takes about 6-8 hours, including stops, to do the whole things so it is a good day trip. On this we saw a national park where two kinds of earth (North American and Eurasian) collided and made some really cool formations, we also saw some cool waterfalls, an old explosive crater, hot springs, and the original Geyser. There were also many beautiful sights to see one the drive (one being the furry and friendly Icelandic horses that seem to be everywhere). That morning we had set out in our rental car and it started to snow. We weren’t worried, it was just lightly snowing and the roads weren’t bad. Little did we know but the wind would pick up and blow the snow around us to the point where we couldn’t see 5 feet in front of us. There was no way to safely stop so we made the drive all the way to the tourist center to wait out the storm. We drove in the blizzard for over an hour and half before we were able to stop. After that we didn’t have any problems with weather (probably because we payed closer attention to it) but it was scary at the time. We saw so many beautiful sights after that storm that we had a standing joke on the trip that we must have died in that storm because none of the things we were seeing could be real.

The next day we drove down to the Viking Museum. It was small but really cool. There was a ship that was built in the way that Vikings built their ships that was actually sailed across the ocean in 2006! We took a walk through the nearby town and harbor after which was really nice. After that we drove to another set of hot springs. All of the water in Iceland is geothermal so it all pretty much smells like sulfur. By this point in the trip were vaguely used to the smell but the hot springs were hard bare. They were worth the visit but we left after a few minutes because of the smell.

The last day there was probably my favorite. We got up early and drove towards the town of Vik that lies on the southeast coast of the country. We stopped at a huge waterfall that we could climb around and look at from all angles. It drenched us in ice cold water but it was definitely worth it. We then went to the Black Sand beaches near Vik. This was one of the things I was looking forward to the most and it did not disappoint. It was a huge beach of tiny smooth black rocks like nothing I had ever seen before. There were also tiny caves along the shore that had really cool rock structures like columns that are also rare. It was probably one of the most beautiful places I had ever been. Finally, that evening we went to the Blue Lagoon near Reykjavik. The Blue Lagoon is a geothermal spa. This was all of our top thing we wanted to do on this trip. We got the package where we got two face masks and a free drink of our choice. We spent our time wading through the huge hot tub like pool drinking and relaxing. It was such a cool place and an amazing experience. What topped the night off was that as we were walking to the car to go home we caught sight of the northern lights in the sky. I have always wanted to see them and even though they were barely there I am so happy that we got to see them and at the perfect time too.

Iceland is an expensive trip and there is not much to do when it comes to city life. There are not many people in the country either. But if you are like me and love seeing all of the natural and unique beauties in the world Iceland is a must see. I don’t think I will ever experience anything like it again.