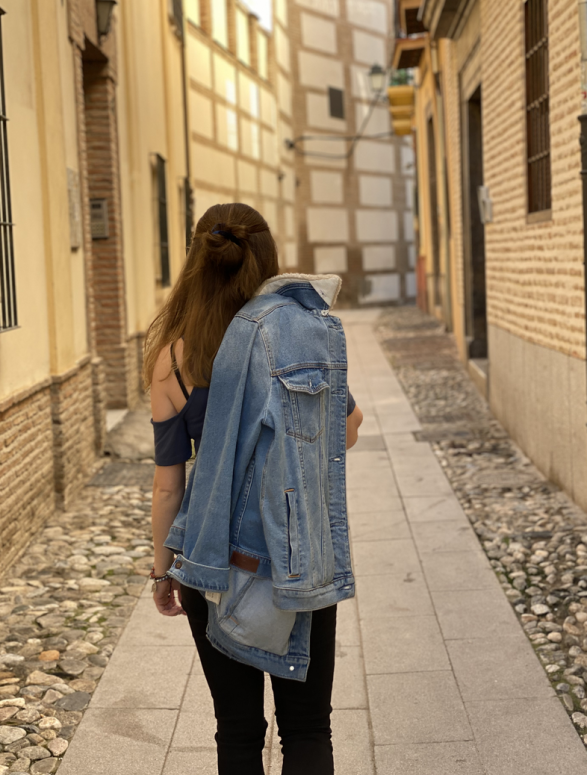 Let's start at the beginning, the first week and a half were all orientation, which was planned out very well. We started out by flying into Madrid on a Thursday morning and starting our orientation and tours. In between these orientation times, we got to explore the city more and gain a relationship with everyone in the program. On the first Saturday in Spain, we caught a bus early in the morning and visited Toledo, which is about an hour outside of Madrid. While it was not the best day to visit due to the weather, we were amazed throughout the whole city. Driving up to this city, I felt like I was dreaming. Everywhere I looked was just so enchanted and breathtaking, I could not believe this was in real life. After our tour of the city, we had lunch (paid for by our program) and got back on the bus for a very long ride down to Granada. When we arrived in Granada at about 8:30 pm, I was a little shocked and disappointed when seeing all these modern buildings. It wasn't what I was expecting in the slightest. My host mom, Peppa, picked me up from the bus stop and took me to my new home for the next four months.

The next few days went as follows, where we took tours throughout the city and got acquainted. Every day I fell more and more in love with this city, it was a mix of old beautiful architecture blending with a few modern buildings. During this orientation week, we had to take a placement test with the CLM (where we take all of our classes) to see what level we will be placed in for our Spanish classes... PAUSE… Let me give you a little background on the cloud that hindered my joy for my first couple of days in a new city. I am a Spanish minor at Arcadia, and before leaving I had planned on coming home to only have to complete 1 more class before finishing my minor. At home, I had made it up to Spanish 201, so I was hoping to either make it to level 3, which is equivalent to 201 in the states or move up to level 4, which is 202… PLAY… So I took this long hard test and found out that I got placed in level 2. I had all sorts of emotions, thinking this can't be happening, so now I start to stress and think about how I will be falling behind on my minor because level 2 won't count for anything. As I'm sitting through the rest of orientation that day fighting back the tears, I'm thinking to myself how can I save myself? So, I talked to my program manager, and she got me a meeting with one of the heads of the CLM the next morning after we had a Churro Workshop. As you can probably understand, I am completely stressed to go talk to the CLM, I'm thinking to myself, “what if I mess up, and they don't let me in the next level, then what do I do?”. So, I scarf down my Churro and go into this meeting. Who was I to think that life would be that easy, right? They felt I wasn't capable enough to handle level 3. At this point I'm angry, I'm thinking to myself I've taken 201 in the states, how can it be too hard for me here?! So now, I'm down to my last resort, talking to my professor and asking to move up. Luckily my program manager had talked to her before my class and told her the situation. The professor had said she needed to evaluate me for the next three days and then we could go from there. Sitting in those classes was too easy, I was frustrated at the fact that I was the one helping others understand the professor and already being taught the stuff she was talking about. I thought “What am I paying for?”. So, the three days go by, and on the last day of her evaluation, she let me sit in a level 3 class to see if I could handle it. Turns out I could, it felt like a perfect fit for me, it was definitely harder, but I felt like I was learning and being challenged to expand my knowledge with the Spanish language.

This first week had me filled with a lot of crazy emotions. While I was trying to enjoy my time here to its fullest potential, I could feel a heavy cloud holding me back. After the day I got moved up, I felt free and able to be truly happy. Studying abroad definitely teaches you a lot, but for me within the first week, I learned that to get what you need or want you need to fight and work for it with everything you got. It wasn't easy, but getting to my end result after working hard for it gave me one of the best feelings in the world.