Hold On… Let Me Overthink This 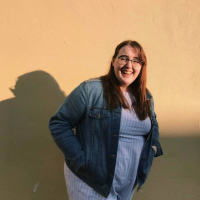 In just a few days I’ll be heading off on a plane to New Zealand. I’m feeling a mixture of emotions. Excitement. Nervousness. Wonder. Fear. Stress. I’m not sure exactly how to feel right now. It’s hitting me, rather late may I say, that I’ll be living in a place 9,000 miles away from home for almost five months. Since we recently got our housing assignments, my brain is already skipping ahead to the moment I walk inside the house and meet the people I’ll see nearly every day. My brain is going 100 miles per hour, and I can’t seem to get it to slow down. I can’t help but think about what the house will be like, including my very own single (!!!) room. I also tend to forget there’s a whole orientation to go through, full of adventure and new experiences. Instead of thinking ahead, I really need to focus on what’s in front of me: the mess on my bedroom floor that is otherwise known as packing.

I don’t know about the rest of you; whether you’re studying abroad right now, planning to do so, or just reading up on studying abroad, but when it comes to preparing for a trip, I’m the worst at preparing ahead of time. I always end up packing the night before and inevitably forget something at home. I’ve done it on practically every trip I’ve gone on without failure. For this trip though, I’ve managed to buy a suitcase, just haven’t gotten around to that packing-five months-worth-of-clothes-and-toiletries part yet. I just hope I’ll pack enough and not stretch myself too thin. I’ve read a few other blog posts about packing, and it seems that people usually bring two large suitcases along with a carry on/personal item. I’m not sure I want to deal with bringing too much (I’m a terrible over-packer), so in my brain, bringing only one large suitcase and a smaller suitcase as a carry on will be a way to limit myself. Also—stores exist in other countries! I can always go out and buy things I need once settled in.

As you guys may have guessed, I am a (self-proclaimed) expert procrastinator, and it truly shows in most of the things I do. However, I am making it a goal of mine to not procrastinate while at Vic Wellington (Victoria University of Wellington)! There, I’ll put it out here for you all to see in order to hold myself accountable. Procrastinating has caused me unnecessary amounts of stress and made me lose out on some good times with friends. I want to make my time in New Zealand worthwhile, so I’m going to try my hardest to get my stuff done early. It’ll probably even give me that free time I’ll want to travel on the weekends. I’ll let you guys know how my journey to productiveness works out.

My summer vacation, although it’s been cut short, has been pretty fun. In the short month and a half since spring semester got out, I’ve road tripped to Toronto on two separate occasions, gotten a tattoo, went to three concerts, and binged as many shows on Netflix as I could (I am surely going to miss American Netflix when in New Zealand). I also picked up a habit towards the end of the semester of using disposable cameras, which I was able to get developed last week. There’s something about taking the photos spontaneously and not knowing how they’ll come out that makes it so much more memorable. Recalling the memories I made with my friends before the semester ended is somewhat bittersweet though. This weekend I’ll say goodbye to my coworkers at a bakery I’ve worked at for the past five summers. More bittersweet feelings. Even in this short amount of time, I’ve managed to make some great memories at the little place I like to call home during my summer breaks. Ironically, I’ve noticed that I’m writing this on the first “official” day of summer. Although my summer has pretty much come to an end, I’m hoping Vic Wellington will serve as my new home for this summer—except it’ll actually be winter in New Zealand. That’s going to take some getting used to.

Until the next blog post, where I’ll be writing to you from Wellington!