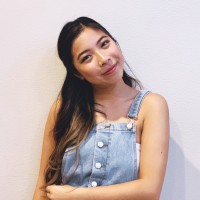 “So why did you choose Scotland? It’s just…so random.”

Surprisingly, I hear that quite often. Out of the dozens of programs offered to me by Chapman University, I thought it was so obvious why Scotland was my number one and quite frankly, my only choice.
When I was first considering what I wanted my study abroad experience to be like, I knew that it had to be different. It had to be away from the overwhelming city bustle, the tourist traps, and I knew it had to put me in a position where I wasn’t comfortable. I didn’t intend to travel 15 hours by plane, pay thousands of dollars more for housing and put an ocean between me and my loved ones to be in Orange County 2.0.

The first box that Scotland ticked off for me was the location. It is only a two-hour plane ride from Germany, one of the countries that I’ve always dreamed of visiting. By train, it would only take six hours to get to London. Admittedly, six hours is a long time, but the rolling hills outside my window and my new Kindle Unlimited subscription would make the entire trip completely worth it. If I decide I want to go to Paris from London, it’s only another two hours. Yet, it was isolated enough that tourists wouldn’t be able to say that they suddenly found themselves in Scotland after wandering around Europe for long enough.

My second concern was whether or not the surrounding area would be catered towards my interests. After deciding on Scotland as a country, the choice became more complicated. Edinburgh or Glasgow. Both cities had long lists of pros and very few cons. I think that I’ll be spending lots of time in both cities, but eventually, I decided on Glasgow. For one, it’s absolutely beautiful. The university looks like Hogwarts! (Hence the first part of this title). For those that know me well, Harry Potter is one of those series that changed my entire view of life, fiction, and creative writing. It inspired me to let my creativity wander from the darkest depths of the Chamber of Secrets to high up in the sky where dragons fly freely. To be able to roam the halls of a building with such a stark resemblance to Hogwarts makes my heart soar. Since I won’t have my car in abroad, I want to be near enough to places that I could see myself spending afternoons at. The university is surrounded by quaint areas filled with boutique shops, cozy bars and sprawling gardens. A bit beyond that, there are beautiful landscapes where I will see my first changing of seasons! Yellow, red and orange leaves! How exciting! There’s so much to do in the area, but it’s also not quite the crowded tourist stop that Edinburgh is. Yet, it’s close to enough to Edinburgh (only an hour away!) in case I get sick of Glasgow.

The third box was the school itself – which is incredible. It is the fourth oldest university in the English speaking world. You know Adam Smith, the super insignificant guy that basically created the concepts of capitalism, laissez-faire, and absolute advantage? Yeah, he went to the University of Glasgow. You know Sir Robert Edwards, the casual scientist that made conception through IVF possible? Yeah, University of Glasgow as well. I mention the people that have graduated from University of Glasgow not necessarily to brag but to express the excitement that I have when I think about walking through the same halls that these incredible people walked through. It makes me wonder if my story is going to be detailed in history books for years to come like their stories were.

The cherry on top to seal the deal was, of course, the uniqueness of the entire experience that I’m going to have in Scotland. According to the 2013 census, there are 6.57 million sheep/goats in Scotland and only 5.33 million people. I have a feeling that I may be falling more in love with the goats than I will with the people! See the attached pictures for proof! When mentioning Scotland, we can’t forget the Loch Ness Monster. Oh, how wonderful it would be to be scared out of my mind on a trip to find the Loch Ness Monster. Then there’s the kilts! Would it even surprise you if I said one of my dearest friends bought me a calendar of Scottish men in kilts on his last trip to Scotland? (it’s true!)

Excitement wakes me up every morning as September 8th, my departure date, comes closer. There is so much about the beautiful country that I have yet to learn, and I cannot wait for the lessons and memories to come.