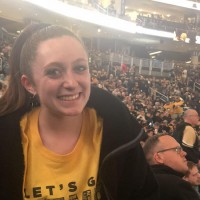 I have not had any sort of update on here in a month, and I apologize for that! Every week has turned into this constant routine of catching up on work Monday, classes Tuesday-Friday morning and then heading out somewhere new by noon on Friday and coming home Sunday night for the same cycle! It makes the weeks go by fast, and then all of a sudden it was already April which is crazy– this semester is flying by! I still remember how nervous I was at the airport almost two months ago heading here!

Since I have last posted on here, I have traveled to Queenstown, Mt. Cook, the Catlins, Wanaka, Milford Sound, Moeraki, Long Beach-- along with plenty of stops in random towns along the way to each place! Locally to Dunedin, we have experienced a rugby game, St. Patrick's Day, the local beaches, and the many different cafes that litter the streets around campus. With all of these trips, I have had many firsts, including my 1st time sleeping in a tent, staying at a hostel, hiking in the dark to make it to the top for sunrise, eating PB&J for 2 meals every day each weekend (and as a snack), and learning how to use a dipstick and change the oil in a car!

Before coming to New Zealand I knew I was going to be doing some hiking, but I did not realize just how much hiking AND camping I was going to be doing. It has definitely made me realize just how hard walking on an incline can be, but also how rewarding it is once you reach the top. Every hike has topped the last, yet they are all unique in their own way. The 1st big hike I did here was with the Arcadia program in Queenstown where we did part of the Routeburn Track, which is one of New Zealand's Great Walks. We walked almost 18 miles in approximately 8 hours which was absolutely exhausting, and the last hour I was jogging because I had to go to the bathroom so bad! This hike opened me up to New Zealand hiking on well-maintained paths--but I soon learned not all tracks were like this. Two weeks later my friends and I went to Mt. Cook/Aoraki where we hiked the Mueller Hut Track.

This was a fairly short hike lengthwise, but it was straight up the entire time. It was literally straight stairs, and then a dirt path (which was not a path), and then a rock scramble. There was no path, you were just trying to make it from pole marker to pole marker the entire way up. This was such a drastic change from the Routeburn that I realized New Zealand is so entirely different with every single hike and place you go to.
One of my favorite weekends so far in New Zealand has been when we went to Wanaka for a weekend.

Wanaka is the best of both worlds- it has a nice town with plenty of restaurants that aren't super touristy (like Queenstown) but also has SO many hikes within an hour of the city. We did two different hikes, spent time in town, but still camped in a tent! My friends and I loved Wanaka so much that we are actually heading back this weekend, but doing a backpacking trip (which will be my 1st one!) and actually sleeping in a hut on the trail! We decided to do this before it got too cold since soon it is going to be warmer at home (western Pennsylvania) than here in New Zealand which just does not seem right!

I have to get studying and packing- until next time!