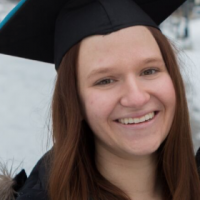 If I had to choose one Arcadia excursion to go on, it would be the Highlands Activity Weekend. Seriously. If you are going to Scotland through: do the activity weekend!!! I cannot stress this enough. GO. Sign up ASAP. Do it. Trust me. Just sign up and go.

This weekend was by far the best weekend I’ve had here in Scotland. The first morning most of the group decided to go kayaking. It was so much fun to have such a large group. We played variations of freeze tag and other games while on the water. I’ve never been to interested in these kinds of games, but I have to say I loved playing them. Once everyone was comfortable in the kayaks we went out of the harbor and onto the Loch. The view was incredible, I kept finding myself being distracted by my surroundings and not paying much attention to where I was paddling and crashing into other people (they forgave me). We had a break for lunch and then went on a “hill” hike. In Scotland hills are what I would consider mountains. A 500-800m climb is no hill. But the Scottish think its just a Sunday stroll. Let me tell you, this was a very steep, very exhausting climb. But as always was absolutely worth it. Slow and steady. I tried to not let the fact that a 75 year old man wasn’t even winded when he got to the top, while I was half dead 10 minutes into it. I’ve attached some pictures of the view, but they do not do justice. This is something you have to do yourself. Again. I stress: Do the Highlands Weekend.

Day two, a small group of us decided to canoe. This was much more relaxing than kayaking. Despite the constant rain on the second day, it was still so enjoyable. Since we were a small group we got to canoe a little further up the loch than when we kayaked the previous day. We saw several herons and even a beaver den. We got to see some trees which had fallen over after beavers chewed them down. We learned some history on this trip as well. For instance, beavers used to be native to that area but had been hunted out decades before. Then in the past few years someone released some beavers along the loch and they repopulated the area very quickly. As an ecology major, I love hearing successful reintroduction stories. We returned to the cabin, mostly soaked from the rain, for lunch. After lunch we took a local walk which took us through the surrounding forest. It was stunning. Again still raining constantly (I know I shouldn’t be surprised this is Scotland after all). Unfortunately, because of this, I have no pictures, so you’ll have to check it out for yourself.

I plan to post an additional blog later this week about other events which took place this weekend as well as some Scottish history I learned at Firbush.