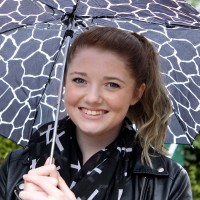 Bonjour. Last weekend, Suruchi, Erin, Alicia and I embarked on a Parisian adventure. Alicia had already been to the city many of times and has a friend, Caroline, studying abroad at a local Paris college. We left on Friday via Eurostar, which travels under the sea that separate’s the UK to the rest of continental Europe. Arriving late in the evening, we began walking in what we thought was the right direction towards our hotel. After getting confused by Suruchi, Erin’s and mines lack of knowledge of the French language. Alicia decided to travel in earlier that morning to spend some possible time with Caroline. After asking a different hotel direction to ours we finally walked through Hotel des Paris’s doors.

The next morning we woke up with the intentions of finding a small bakery for breakfast and then making out way to the Opera to purchase hop on and off bus tickets. After traveling to Athens and Dublin we figured that this was the best way to see the city without having to figure out a confusing metro system or spending to much on taxis. Step one, we found a bakery; step two, we purchased our tickets. One loop around gave us the idea of just how spread out this city is. For some reason before I arrived I thought that everything was on the Champs-Élysées, like the arc de triumph was on one end and the Eiffel tower was on the other end. Shockingly that was not the case. We got off the bus first at the Eiffel Tower, it was a real thing, not some kind of cruel joke about

Suruchi and I were grabbing each other trying to make sure we both weren’t hallucinating. The tower is HUGE, I never expected to be able to check off “stand under the Eiffel tower and be right in the middle” before I hit the age of 30. After gawking at the tower it was time to see the lock bridge, Norte Dame, and the Champs-Elyees, and we meet up with Caroline later that night on the famous boulevard. I really wanted to see the Eiffel Tower sparkle, but first we needed to stop for a bathroom break. We found a small café and sat down while each of us took turns, after we finished doing our business we started walking towards the tower. As we passed shops like Channel, Gucci, and YSL; Erin and I looked at each other and made comments about how we cant even afford to walk on the street. Finally it came time to see the Eiffel tower in all its glory. As we stood on the steps of a bridge I started looking for my phone to take pictures on, then the panicking happened. I was pulling everything out of my purse and shopping bags that I had acquired from the day. Caroline, Alicia, Erin, and Suruchi were checking their pockets to see if for some reason they had it. Realizing that I had lost my phone was horrible. I am an addict when it comes to my phone. I always have it on me, so having it separated from myself was like a terrible dream. We started backtracking and found ourselves back at the small café. Alicia ended up being on all fours underneath a table that a couple where sitting at, but good things did come out of it. She found my phone! The man at the front of restaurant was the nicest French man I have ever encountered. I don’t remember taking my phone out or having it in my hands at all, but I was expecting the worse and preparing the classic speech to the parents “oh hey mom and dad, I lost my phone in Paris.”

The next day Alicia felt under the weather and stayed in the hotel while Suruchi, Erin, and I explored the Louvre and the Arc de Triumph. France was surprisingly really cold, so for the main part of the day it was “let’s stay inside for as long as possible!” We saw the Mona Lisa, but dang that painting was so hard to see. You had to elbow people out of the way to get a glimpse of the single frame on the wall. It was like a crazy animal free for all during dinner rush. We took our selfie with her and got out of there before we all went crazy.

Later that night we finally saw Alicia again and grabbed hot chocolate. Before we knew it, it was time to pack our bags and go back to London. Paris was a good final trip and I am so happy to be able to say that I have been to France. Now its time to write over 6,000 words in a week before I pack my bags on last time and head back to Vancouver WA.