Get Out There and Take a Look Around 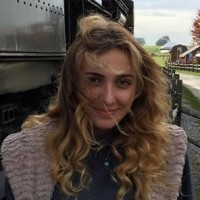 Being abroad is the adventure of a lifetime, and it truly changes you forever. Being separated from everything you know (for four months!) is a big deal, but sometimes it doesn’t entirely feel real until you actually leave your host country to explore other ones. Whether it’s for a 3-day trip or ten days, the change in the culture, the food, the language and the people is enough to make you wonder if it’s time to skip that plane ticket and head back to your host country.

I traveled around Italy, but I hadn’t left the country yet for a weekend trip. Everybody goes and it’s no big deal, but travel itself is always stressful. I decided to knock out some of my goal countries in one sweep over fall break, but all of the planes, trains and automobiles were terrifying to me. Different languages that I actually couldn’t speak—is this what everyone felt like coming to Italy without knowing Italian? I was lucky enough to speak both languages, and having not left Italy, I didn’t have a problem with communicating with the people. Now, I was faced with Czech, Dutch and Icelandic— can I handle this? The pressure was on.

Nerves or not, I pushed through and made my way to each of my terminals, trains and buses; I took as many pictures as I possibly could in each place before hopping along to the next one. I went on a ten-day vacation to the Czech Republic, Holland and Iceland, and you know what? I’ve never had so much fun in my life.

The idea of travel itself is scary. Leaving everything you know to discover a new culture, a new place, new people—the same as the whole concept of study abroad. Regardless, what makes a traveler from a visitor is the desire and ability to move around and embrace each new thing that comes your way. Studying abroad is difficult, but exploring makes it all worth it.

Don’t let fear stop you. Go out there and take a look around.