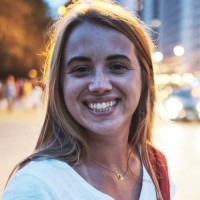 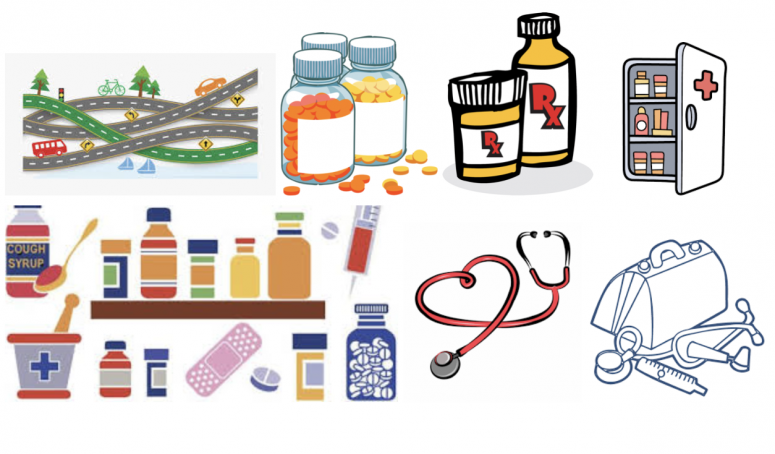 Whenever I mentioned to someone that I was going to Australia for a semester their initial reactions were just pure happiness and excitement. The words that came from their mouths most often being ‘beautiful’, ‘lucky’, ‘paradise’ and sometimes even ‘scary’. I was also feeling those emotions and more each time I mentioned my journey down under.

I hadn’t heard any sort of horror stories from my friends or family members that had been there other than the fact that someone got mono, and the others just saw spiders. The spiders I knew I could somehow handle, and I’d had mono, so that didn’t worry me either. But in all the preparation for going to Australia there are a few things I didn’t think about or know enough about as I packed up what would be my life for the semester such as: remembering it would still be winter with cold nights, the amount of going out after hours I would be doing, and that germs are different down under.

Bring the medicine cabinet with you...

Back home in the fall, I am just beginning golf ‘fall ball’ and usually when the winds change and the leaves start to fall my allergies act up, and I get horrendously sick for a week, and then I’m fine with the rest of the season. I figured that since I was going in the change of seasons from winter to spring that I would have to deal with allergies for sure and brought all my normal medications. I was also a little worried about motion sickness for the inevitable boat tours to the Reef, and if I would suffer more bouts of chronic fatigue than usual from my Hashimoto's autoimmune disorder that affects my thyroid - but I was prepared with all those medications too.

And I brought some cold medicine, just in case, because not only was I traveling to the other side of the world and a different continent, I was traveling to an island that has been isolated from the rest of the world for millions of years. So, of course, I was bound to get sick at least once.

Boy was I wrong!.

It was 6 am when we arrived in Sydney for our multi-day program orientation, and to say I was tired is quite the understatement. We had a whole day ahead of us that included a long bus ride, a walk through Sydney and eating meat pies. We got on the bus and the adrenaline from finally seeing Australia after 25 hours of traveling was kicking in, to say the least. That’s also when all of us remembered that they drive on the other side of the road, making my normally mild car sickness very, very confused.

Our first stop on the day-long journey was to a famous meat pie stand (the name of it fails me). The name “meat pie” doesn’t sit well with me in the first place, because unfortunately, the first thing I think of is Sweeney Todd. If you combine carsickness, a meat pie, thoughts of Sweeney Todd, strong coffee and extreme fatigue, it’s a recipe for disaster.

As we were driving through the windy roads and trying to figure out if I was just feeling tired or actually about to get sick on the bus, I grabbed my friend, looked at him and nearly vomited. I walked to the front, hoping that would help, but in reality, it just made things worse. I had to stop the whole bus just so I could get off and walk around in the fresh air and light rain sprinkling to compose myself. In the long run, I ended up taking an Uber the rest of the way to the hotel, where I took a Dramamine and ginger tablets in order to calm my stomach and my mind. It worked.

At the hotel, my head was still off-kilter and my mind was a bit foggy from all the traveling, the fatigue and now the obscene amount of hunger I was feeling. After that first day, I went much more prepared every other time I sat on a long bus or boat ride with food and water and motion sickness medications, and it also helped that over time my body and brain started getting used to managing my car sickness on the other side of the road.

Once I got to Bond University, things were great. I had no real struggle other than adjusting to my class schedule, planning trips and trying my best to make as many friends as I could. I succeeded in all of them. But then my nose started sniffling, my throat became scratchy, and my head was hurting. I figured it was allergies considering I was outside golfing, and my body was just reacting to the foreign pollens and possible diseases in the air. Also, the beginning of the semester is common for the initial ‘freshman’ sickness that I feel happens at every university or college. The one we all prepare ourselves for, but in the end, succumb to no matter what.

As I began feeling sick I pushed fluids, allergy meds, decongestants, pain relievers and eventually had to give in to multi-symptom cold medicine that put the sweat in night sweats. After a day in bed, I was feeling much better and assumed that whatever I had was going to pass and never come back. I headed back out to the golf course for the big UniSport Nationals and made it through the week. Then, I got sick again for the second time, followed the same regimen, and felt better after a few days. My mom back home encouraged me to go to the doctor. But I said I was fine, “it’s just allergies, and I’m getting used to the different pollen.”.

It was the third time I got sick - within the first 5 weeks of arriving in Australia - that I began to worry. I was missing days out with my friends to places I had been wanting to see and feeling so run down that my bed was the only place I had been besides class in days. This time, I had to miss a paid excursion with my Arcadia group, and my mom was even more worried and insisting I needed a doctor. This time, I finally realized that my usual routine of drugs and fluids was not running anything out of my body and went to the doctor who gave me antibiotics and stuff for my cough. It probably started way back that first week when I was failing at surfing lessons and was compounded by flying to school and then face-planting in the sand when trying to learn to sand surf!

After 4 or 5 days on the first round of antibiotics, I was actually feeling worse and had to go back again where they diagnosed a possible case of strep throat and gave me stronger antibiotics to take on top of the ones I already had! No one can say for sure why this happened, but I think I was just so sick that by the time I finally went to the doctor, the first medication didn’t make much of a dent in the illness. All of which could have likely been avoided if I had gone to the doctor for the first time.

Go to the doctor and stay home when you are sick...

Don’t make my mistake and think that you are the all-knowing healer that you know deep down inside you aren’t. Go and get the help you need the first time around. And hopefully, you won’t spend the first month of your study abroad experience sick and missing out on amazing opportunities.

I should also mention that throughout these weeks of being sick I was still golfing, going to classes, and going out once or twice a week to party with my friends. I have been a complete ‘yes man’ the entire time I have been here, and on the days I was ‘feeling up to it’ or ‘feeling better’– I was going out. This was the absolute wrong decision. Especially if you consider that there were probably just as many diseases in the clubs and bars I was going to was just harming or slowing my immune system down immensely. So don’t do that folks!

I am happy to say; I was feeling much better within a few days - just in time to go to the Great Barrier Reef and take some of that motion sickness medication, so as not to have a repeat of that first bus ride on a boat that they don’t stop to let you off!

Being sick in paradise is still better than being sick at home...

The moral of this story is that not everything goes as planned in paradise. There are going to be hiccups and surprises, such as being sick a million times and missing important events and places, but you need to worry about you first. Go to the doctor even if you feel better or think that you can take care of yourself because there are so many foreign bodies in the new places you go to. It’s so important to listen to your body (and even your mom if she tells you to go the first time around) because even if you feel better or are on the mend, it may just be the beginning of more than allergies.

My most important piece of advice about surviving paradise is to use the resources available to you. We paid for healthcare coverage in Australia and have a couple of different resources including on-campus health services and ISOS that I reached out to on the weekend. They kept following up with me to make sure I had been able to see the doctor on campus and had all I needed until my case was closed.

You have the means to get better and ‘survive’ your time abroad, and they don’t make you sit through what seems like a thousand presentations and introductions to people for nothing. Those are the people and resources that are there to help you when you need it the most; when your mom isn’t awake to talk to you, and your friends are not able to help. It’s important to make those relationships and connections so, in your time of need, it is easy to reach out. And remember, not everything is perfect in paradise, even if you’re in Australia of all places.