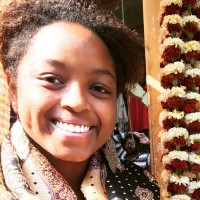 The past two weeks have been rather busy with the new semester of starting up classes and keeping up with internships and finding a job! But my classes are going well - Australian Literature, Global History, Forensic Psychology, and Earth Science. It gives me a broader range for the semester opposed to the continuous political science courses that I always have. They are all interesting, as I enjoy creative writing I would have to say Australian Literature is the course that I am most fond of. It goes over the many eras of not only authors but famous poets about Australia and it is fascinating how the professor will make us think- ‘what is missing in this most famous poem about Australia?’ And typically, it is the forgetfulness of the Aboriginal community or the overall respect for them. It is a lot more work than I thought for taking as a GE, but it has turned out to be one of my favourite courses.

Apart from university, I’ve been sick since being back from India! I’ve had some type of parasite so I haven’t do done too much other than go to class and write my book a bit. It has been rainy the past two weeks which have consisted of most already bringing out their jumpers, jeans, and boots as the upcoming Autumn arises. The city is still as beautiful as it can be when I get a chance to get out. I got the chance to volunteer with UN Women Australia on International Women’s Day, it was such an honour! Not only did I get a chance to meet some amazing women and raise funds for the UN Women projects I finally got the chance to meet some Aussie girls that are now close friends.

I was also here, at UNSW, last semester and found it hard to make friendships with the Australians just because most of them don’t live on campus. Actually, most live an hour to two hours away from campus! So university and personal life are very different here in Australia, and most of them are fond of their high school friendships that they are okay with sticking with their small groups. I won’t say this is everyone, as this semester I have manage to meet many more Australians that I would call friends but still have the chance of meeting a few Americans and lots of Europeans along the way. I think with the help of working with UN Women brought women from all over Sydney, that is was truly gave me the chance of meeting girls from other universities and those that are doing several different kinds of jobs in Sydney. It was an amazing thing to be a part of!

This upcoming week I get to look forward to starting my internship at Project Futures, an anti-human trafficking organisation based out of Sydney. I’m very excited with that and hopefully starting work this week on campus at a café, along with classes of course. It will be a busy start week but an exciting one.