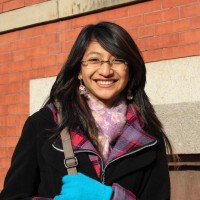 It’s still hard to believe it, but I’ve been in Edinburgh for two whole weeks and Week One of “Uni” is done! So much has happened since, I wish I’d written sooner, with fresher memories, or taken more pictures. Well...not really. Like that John Mayer song, I was “hoping I would see the world through both my eyes,” which I did, which I don’t regret at all. And hey, what use is this blog for anyway, right?

So...let’s start from the beginning. The first three days here, we had our Arcadia orientation and it was spectacular. We stayed at a lovely hotel called Jury’s Inn, which is located in possibly the best part of town imaginable for new arrivals, and somehow I’d been managed to be matched with the perfect roommate. Yes, as all orientations, some sessions weren’t as exciting as others, but the food and the company more than made up for it. I particularly enjoyed the ‘Scotland through Cinema’ session led by a University of Edinburgh lecturer and the stereotype debunking presentation by Arcadia’s John Bennett, which was intriguingly titled “Dinnae Fash Yersel” (turns out, “dinnae” is NOT Scottish for “dinner,” silly me).

Hmm. What else? I was impressed by the level of care provided by the Arcadia staff. Not only was everyone super kind and helpful, they had gone through the trouble of retrieving our University cards, accommodation keys, and even bringing over someone from the University’s Visiting Student Office to help us move in with as little trouble as possible.

On the 7th, we all moved into our flats (more on that later) then went through the visiting students’ orientation at the University itself. There was a welcome dinner, lots of informative presentations, student services fair, and the likes. It was basically like freshman year all over again...plus a ceilidh. On Friday, I met with my personal tutor, had my course schedule reconfirmed, and then spent the rest of the weekend grocery shopping and unpacking. Monday, classes began.

Now, before any of you close this tab thinking about how boring the rest of this post is going to be, let me tell you this: I’ve made a list again. This time, it’s a little less organized...it’s like a list of the things that excited me the best, combined with a list of things that I was struck by the most. Let’s just call it a list of the most significant thoughts/ experiences I’ve had in Edinburgh so far and get it over with, shall we?