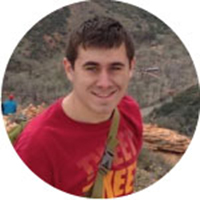 After finishing my first week interning at Hopetoun House, a giant estate house outside of Edinburgh, I decided to go on a trip during the weekend.

I would leave on the 16th of July, a Saturday. Earlier in the week I decided that I wanted to go to Ireland, yet flights to Dublin were too expensive or didn’t work in my schedule. So I decided to go to Belfast in Northern Ireland. I couldn’t convince my other two roommates to come with me, as one of them decided to go to Cork instead, so I went on my own.

The cheapest flight I found was at 7 AM, which meant an early start to the day. Once I got there I took a bus right into the center of town. I had gotten tickets for a day trip to Giant’s Causeway on Saturday yet; I hadn’t gotten the tickets for that Saturday but Sunday instead. So when I went to the bus, I was told I had to go the next day so I had to amend my plans a little bit. I spent all of Saturday traveling through the town.

First I went to city hall and into the city center area with all the shops, then I went to St. Anne’s Cathedral, which was amazing to see, it was huge. After that I wandered around till I got to the river, which led to the Titanic quarter of the city. Belfast is known for its shipbuilding and it was where the Titanic was built. The museum and model of the ship was amazing to see and sense it was a nice day I saw across the bay in the shinning sun.

After this I went over to the farmers market, which had the best burgers ever. I traveled through to the university quarter of the city and more shopping areas. After all this I decided the head over to West Belfast, this the place where much of the time of the Troubles had its worst effect. The Troubles were a time from the 1960s-early 2000s in Northern Ireland in which anger between loyalists and nationalists caused terrorists attacks in Belfast. These two sides went down religious lines between Protestants and Catholics. In Western Belfast, Catholic and Protestant neighborhoods live next to each other but because of all the violence, Peace Walls have been set up between these neighborhoods. I walked around in this area which was weird as there are just giant walls with barbed wire fence in regular neighborhoods that actually close at night. There was graffiti on the walls and many building had murals that expressed either sides or pictures of peace. I had never seen anything like this.

It was by this time I was dead tired so I went to my hostel, but that night I did go out to some of the Belfast pubs. Because of my change in plans, the next day went on at tour to Giant’s Causeway, which is a world heritage sight. For the bus tour we drove up along the coast and our tour guide pointed out some of the places they filmed Game of Thrones. Before getting to the causeway we stopped at an island with a swing bridge across it. Giant’s Causeway, though, is right on the coast and it an area will thousands of hexagonal stones that were formed by volcanic material and standing up at different heights. I can say the place looked very unreal as the stones looked almost unnatural in there appearance. But still the sights of the mountain over them and the coastline were just beautiful to see and I was so happy I went.

On coming back I had to race to catch my airplane but, surprise, the airplane was delayed so I didn’t actually get back to my room in Edinburgh until midnight. So after all this I started my second week, but my first day was different because Monday, the 18th of July, was my birthday! It was very exciting for me because even though I had to go to work, we actually went to another estate visits to the House of the Bines. This is another wealthy family that has a really nice house. The house definitely felt more like a family home but I loved the tour. After getting home that day, Dan and I went out to the pubs that night for by birthday, which made it even better. So even though I worked, I still had a good time.

The rest of my week at Hopetoun was pretty fun as well; some days I would serve as a guide in a room while other days I would welcome people in and work on my research at the same time. My research didn’t pick up too much this week as my focus was on the Hope family internationally and I could find what I wanted to focus on specifically. Still, on Thursday we went back up to the archives and started looking through new documents, yet this is where I had an issue as I couldn’t find what I wanted specifically. This made it hard to figure out if what I was choosing for my project would work. It got very stressful, so I had to stop for a second and reevaluate what I was going to do. It was ironic because that night we had a meeting back at the Arcadia center to clarify our project, even though I was still confused on my project. This meeting did help, and afterwards I knew exactly what I wanted to research.

Jonny is a student at Iowa State University and is blogging from his summer abroad with the Museum Studies Internship Program, in Edinburgh, Scotland.