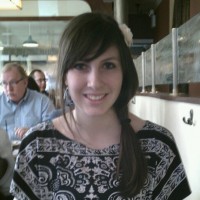 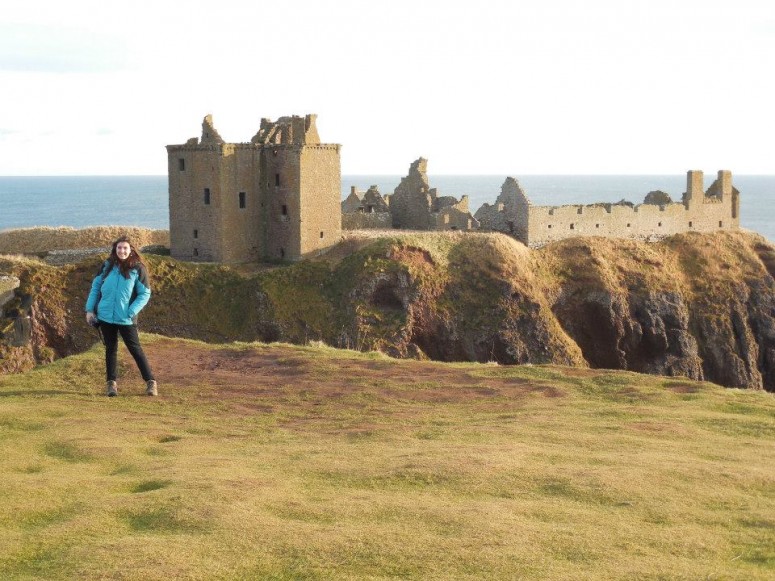 Pronounced dun-NOT-er, and known as Dún Fhoithear (fort on the shelving slope) in Gaelic, this ruined cliff fortress has been my favorite place yet. A ruined medieval castle that is set up on a hill belonging to a peninsula, it boasts the surroundings of a beautiful coast and an impregnable fortress just 2 miles south of the town of Stonehaven.

Originally rumored to have been a site of importance to the Picts and other early people of Scotland, the location might have been considered sacred as early as 10,000 BCE, when people first settled in Scotland as the last ice age retreated. In the 5th century St. Ninian claimed the location for the Christian faith, though the buildings that exist there now mostly belong to the 15th and 16th centuries due to many battles and natural disasters.

Important to Scottish history, it has been home or host to William Wallace, Mary Queen of Scots, and the Marquis of Montrose. It housed a small garrison that held out against the power of Cromwell’s army for eight months, during which time they saved the Scottish Crown Jewels, also known as the Honours of Scotland, from being destroyed.

It is also home to the ‘Whigs Vault’ where a group of Convenanters who refused to acknowledge the King’s supremacy in spiritual matters were held, and many came to a gruesome fate through either circumstance or escape attempts in 1685.

We even saw dolphins! I was not expecting to be so lucky, but looking out from “The Countess’ Quarters” I got a glimpse of something in the water – it turned out to be two dolphins. I am not sure if they were playing or hunting, but either way it made for a good show and brought a smile to my face. It felt lucky to see such beautiful creatures when I was in such a beautiful place surrounded by nature, something I have missed while living in the city!

After the castle we ventured into Stonehaven. We missed our bus by about 10 minutes, so we had to walk, but that was fine. We passed a World War memorial, which resided at the top of a hill, and was very humbling to observe. Once we got into town, we had our hearts set on one thing: fish and chips. We had been told by some locals to check out a place called "The Carron Fish Bar", which boasts "Birthplace of the world famous deepfried mars bar". Though I did not try the mars bar as many of the people I was with did, my first fish and chips in Scotland did not disappoint. I was very satisfied with my day: the country, a castle, and some hearty Scottish food.

The Fighting Scot in Scotland - Kelli