Do Something That Scares You 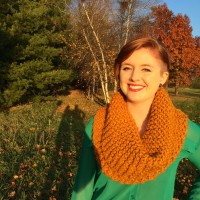 The beginning of a new year always seems to be accompanied by a slew of New Year’s Resolutions featured in blog posts and shared on various social media, with this year being no exception. However, among my young adult friends I noticed a common trend this January. Many of them were resolving to do something that scares them this year. Now, I’m not a huge fan of New Year’s Resolutions, but the more I rolled this idea of doing something that scares me around in my head the more I realized that I was doing exactly that as I began the new year. I, the very plan-oriented and focused double major who lives by a strict schedule, was about to spend a semester living in a country I had never been to with people I had never met studying subjects I had never studied before. What if I got lost in the airport? I’d never flown by myself before, it could happen. What if my luggage got sent to the wrong continent? I’d have to by all new clothes and school supplies and find a new gift for my host family. What if I didn’t make any friends with the other people in my program during orientation? I’d spend a whole semester feeling alone in a foreign country. I was taking a huge leap out of my comfort zone and I was absolutely terrified.

However, I am currently sitting in a hotel room in Dublin after just getting back from an afternoon of exploring Temple Bar and having dinner at a pub with a few of the people who I will be spending the next few months with at National University of Ireland Galway (NUIG). I had many “firsts” on my journey to this particular spot, including leaving the US for the first time, flying without my parents for the first time, getting the first stamp in my passport, and spending the night in an airport for the first time. I also managed to get quite lost in the London airport in the wee hours of the morning for the first time, but I was redirected by a fellow traveler and made it to Dublin right on time with all of my belongings in tow. Trying new things can be scary, especially when you feel like you’re doing more things that are new than are familiar. But, it’s through trying these new things that you expand your comfort zone and discover so many hidden opportunities that were waiting just outside.

Studying abroad was never part of my original plan for college. I never thought it would fit between my crazy class schedule, my extra-curriculars, my jobs, and planning for my post-grad life. But as I continued to look at my schedule, I started to see where I could potentially make it work. I talked to my advisors, and now here I am in Ireland. I may be jet-lagged and exhausted from my grueling flight itinerary, but I’m not scared anymore. I’m incredibly happy, satisfied, and excited that I decided to do something that scared me and spend a semester abroad. Opportunities are quickly becoming realities that I can’t wait to experience during these next five months.