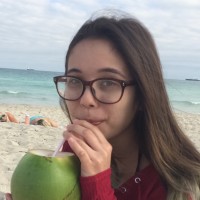 Benjamin Franklin once said, “History will kind to me, for I intend to write it”. Victors and successors have always been the ones to write the history books and that is no different here in Cape Town. For decades during apartheid blacks, coloureds, and other minorities were told that their history started with the white man and ended with their conquering of the land. They were subjected to some of the harshest laws and conditions because of the color of their skin, yet they persevered and overcame the National Party. I had the chance to visit the District Six Museum and Robben Island with Arcadia in order to gain a deeper understanding of the struggle that occurred in South Africa during apartheid.

To those that do not know what District 6 or Robben Island is- have no fear for I will explain before I go any further. District 6 was a mixed neighborhood in Cape Town which oversaw the forced removal of 60,000 of its residents by the government. People were split from their families and friends and forced to live in townships. The land was supposed to be given to white families and businesses, but due to international outrage no one has touched the land. Today there are still remnants of rubble from the destruction of houses but there are efforts to rebuild. Robben Island was home to the prison of Nelson Mandela and other political prisoners during the apartheid regime. Today the island of part of a museum where visitors can learn about its history and how the political prisoners lived.

If I were to be completely honest, the District Six Museum was not what I expected. Usually a museum is neat, orderly, and has a certain flow to the material. There the history and artifacts seemed to pop out from the seams. Below us, above us, and everywhere we looked there was remembrance of what was and what happened to District Six. What was really impactful was to hear the story of our tour guide, who lived in District Six as a kid, and empathize with the plight of his family. It made the history real and I could feel what he felt. Another interesting part of the museum was the room that showed how small their new homes were in the townships and settlements. There was barely any room and it gave us a clear sense of what black/coloured families went through. The last part of the museum I really enjoyed was the floor, which had the original streets laid out with room for families to come in and mark where they used to live. I never had a home and community I was as connected to as the residents of District Six, but if it were torn away from me then this museum and that map would mean a lot to me.

After District 6 we went to Robben Island. The experience was three parts- a museum on the waterfront, bus tour of the island, and tour of facilities. I enjoyed the history boards and quotes in the first part of the museum (before you take a boat to the island) because they gave a broad overview of the struggle against apartheid. The boat ride itself also showed how far the prisoners were from society and how isolated they were. It must have been demoralizing in itself before they were even imprisoned. The bus tour was informative and covered the many part of the island besides the prisoner compounds. There was a school, places of worship, historical Dutch buildings, and other important landmarks. The one thing I enjoyed the most was that our tour guide to the prisons used to be a prisoner himself. I felt honored that he took time to show people like us a part of his history. I was also amazed by how resilient and resourceful the prisoners were. They could have spent their time leisurely or fallen into madness, but they chose to better themselves and each other. Their continual strikes and protests for better treatment, more education, and basic human rights was inspiring. I also found the solitary confinement cells, like the one Nelson Mandela, stayed in very depressing. It felt small and constricting. I’m in awe of the fact that he spent so many years in that cell and stayed true to his spirit. It's a testament to his strength of character.

At the end of the day, I felt very spent emotionally. There were a lot of feelings evoked by each place but I’m glad that Arcadia gave me a chance to see both. Those experience were unforgettable and I will always remember their stories.