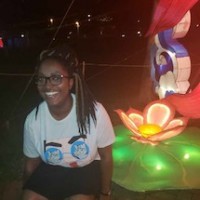 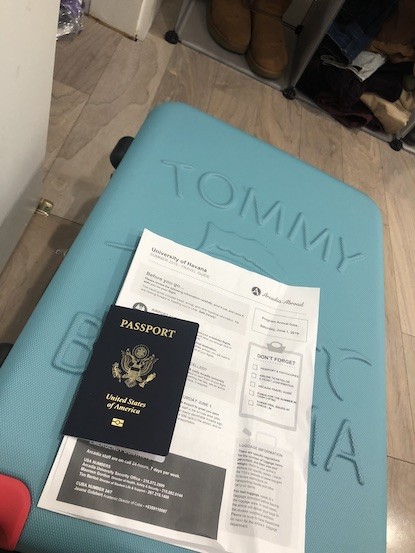 Anxiety is a very interesting thing. It can manifest in very different ways depending on the person. People think that anxiety is a negative feeling that promotes over-analyzing (which is true), but it also can create productivity. I leave for Havana, Cuba in a little over a week and my anxiety is helping me be hyper-aware of what’s going in my suitcase.

First, I had to get a new suitcase because my stereotypical black one would be impossible the differentiate on the conveyor belt. I painstakingly chose a 24-inch bright cyan suitcase to ensure that I would not overpack and go over the weight limit, despite wanting to get a much larger suitcase to fit all the clothes I may and may not wear for my month abroad. I have also been thinking about what other miscellaneous items I will pack, convincing myself not to bring too much make-up or that book that I won’t read.

My anxiety is also making sure that I learn as much about Cuba as I can before I leave the States. Desperate not to be ignorant, I have been watching many movies and documentaries about their history and political climate. Luckily, Netflix has a few selections that I’ve enjoyed. There’s a documentary Cuba and the Cameraman, which displays Cuba over a 40-year period as the filmmaker, Jon Alpert, revisits from The 1970s to 2016. It is interesting because Fidel Castro is in the film since Alpert built a rapport with him. I’m in the middle of watching The Cuba Libre Story, which is a documentary series about Cuba’s political history and how it came to be the country it is. At first, I was skeptical because I did not want to invest in something that may not be accurate, but I like the series and have learned a lot from it. I’m still in search of more things to watch.

Most importantly, my anxiety is pushing me to brush up on my Spanish. I have not really spoken it since my Translation Skills class ended this past spring semester. Although it hasn’t been that long ago, I feel very rusty. I have been talking to myself in Spanish when I’m alone, making sure the words flow decently as I say them and don’t sound too strange. I changed the language on my phone to Spanish but then changed it back once I realized that I was not learning everything, and just operated my phone based on context clues and muscle memory. I am, however, making more of an effort to read things in Spanish and watch more movies and shows in Spanish so I can get used to hearing it.

Despite all this preparation, I know there is a lot that I can’t prepare for, like potential culture shock and not knowing everything there is to know about Cuba. And inevitably, I will forget to pack something, but it won’t be the end of the world. I know that my anxiety is truly rooted in the excitement that becomes harder to contain the closer it gets to my departure date. Cuba, ¡aquí vengo!