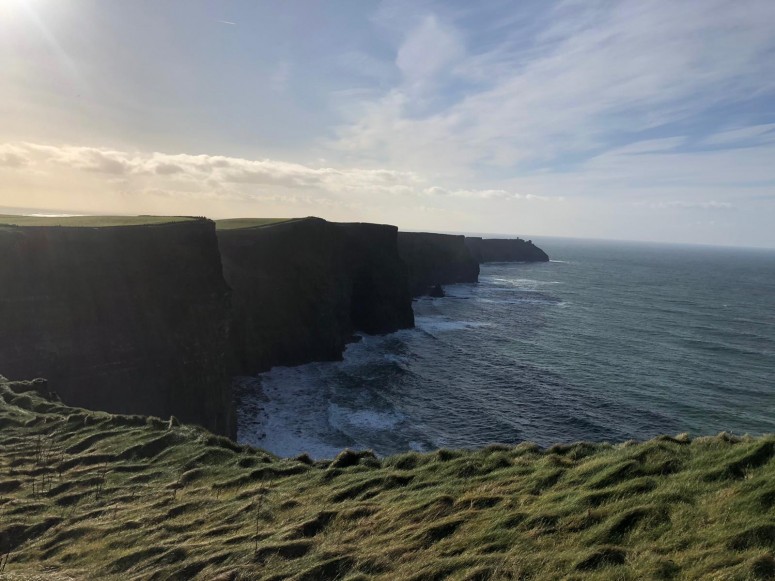 Settling into classes has been an easier transition then one would expect from having a week to decide on what to take. Luckily, I kept my electives open for this semester and had the opportunity to take whatever I wanted. I ended up taking 2 Law classes that go along with my major in criminal justice, and the rest are classes not offered at my home school. My three other lectures are titled: Irish Folklore, Reproductive Health and Game of Thrones-Irish History. They are all classes that I found exciting and entertaining. The only concern I have is the heavy weight of grading on the final essay and exams. Unlike in the U.S., where grading is continual throughout the semester, grading in Ireland occurs during the end. Meaning, that a lot of students don’t know how they are doing in the class until their final grades are posted. It’s a little stressful, but as American students, we are used to keeping on top of our assignments and readings. As long as one keeps up to date on their lectures and asks questions, it shouldn’t be as hard as it sounds. After all, Irish students do just fine with this grading system.

Traveling has been an equally important part of my study abroad experience as classes have been. Fortunately, all of these travels have been University of Limerick orchestrated and have cost around 30 euros. These travels have taken us on trips to the Cliffs of Moher, The Burren, Cork City, and Blarney Castle. I’ve seen a lot of places around Ireland within only three weeks and love that the school does these trips. Another organization on campus called the International Society has also been a great way to travel cheaply.

Limerick Hack: Being elected as one of the officers of the club will get you free trips from the club for the semester. It’s a great way to be involved on campus and get to travel without having to spend money on trips.

Overall, the semester is already flying by, and I can see why people study abroad for a whole year. Already, students are talking about coming back for their Master's programs in Ireland. I guess that tells you how much people love it here.