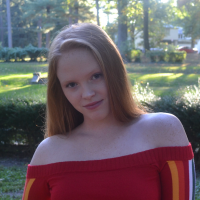 This beautiful beach town and its surrounding areas hosted us for a bit before we made our way to Rabat. I put this together with Chefchaouen because they were both two of the most picturesque places I have ever been. Asila was a very calm, clean, quiet town with a gorgeous beach view. Before looking at all of the murals, eating amazing fish at a cute local restaurant, watching bread being freshly baked in a giant wooden stove, and me being mocked playfully by a full class of school children, we got to meet some camels and Catholic nuns!

The camels...oh my god the camels! We were met by a group of them on the beach right outside of Asilah, and boy were they cute. Many students rode them down the beach, but I chose to just cuddle. There was one young one that took a liking to a student in our group and was open to hugs and scratches from everyone. She would go as far as walking up to you and lowering her head so you could hug it! Also posed great for pictures! Any time there is an animal involved, I freak out. I was ecstatic to say the least.

I wanted to include this next part of the trip in my blog because I know that a lot of people assume that Muslim countries only permit Islam and persecute other religions, but the reality is all to the contrary. Yes, it is forbidden to preach other religions to Muslims in Morocco, and other religious communities are very small in Morocco; however, the nuns told us they have been nothing but welcomed into their community. They are free to practice their religion and have a beautiful place of worship, the church we visited. The nuns that we spoke to were active members of the community who provided classes on life skills to young Muslim women and did other forms of outreach as well. One interesting thing to note is that they were all from different countries. This is because (as told to us by our Moroccan friends) all Moroccans born in Morocco to Moroccan parents are automatically Muslim and there isn’t necessarily that same freedom to practice for them.

The famous blue city! We finally made it! What I bet nobody knew was how hard it is to get to. It’s 4 hours away from the next major city! It made me grateful to be on an Arcadia trip because personal travel would have been potentially pricey and definitely complicated. Before touching down in the city, we visited a small subsistence farm and had lunch with some lovely Moroccan hosts. They were a small family who lived a long, uphill hike away from the road and are some of the most isolated people I have ever met. By isolated, I don’t necessarily mean geography, although their house is tricky to get to. They haven’t ever left Morocco and some members of the family haven’t gotten out of even the surrounding areas. They provide almost everything for themselves, too! This means that all the crops they grow and animals that they have for the most part go to them. I remember hearing the father say (through a translator) that when they happen to need some money, they just sell an animal. It was so wild to see someone’s life who didn’t revolve around money like most of ours in the US. They also had the most beautiful family-centered lifestyle with priorities different from anyone I’ve ever met. At one point the father was asked about his fun hobbies other than his career of farming, and he said herding. He was asked how he would change his life in the ideal world, and he simply wanted it to rain more for his crops. This experience was really enlightening, humbling, and simply eye-opening. Seeing someone so happy with such a simple life made me reflect on my own priorities and the US in general.

The actual city is nestled beautifully in the mountains, some of which even had snow on them! It really lives up to the “blue” in its name; it feels like some sort of fantasy world. Each corridor is unique and painted wonderfully. I wish I could say why it were all blue, but it remains a mystery with multiple theories and very different answers. This city is very touristy for Morocco and was another beautiful example of the kind hospitality we encountered. At one point, a shopkeeper invited us in to see him use old weaving techniques to make a scarf. I thought I knew exactly what he wanted. Traveling in cities makes you so much more wary of money traps. He surprised my friends and I so much by assuring us that he wanted no money, just to talk to us and share a bit about his culture. He even kindly showed us multiple ways to fold the scarves as turbans or other head scarfs. I’m so glad I have to photos to remember this kind soul.

I am incredibly grateful for what I learned in Morocco, and I never expected a 4-day trip to change me so much! Over all, my experience there was unforgettable and one for the books.