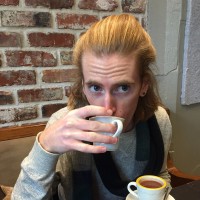 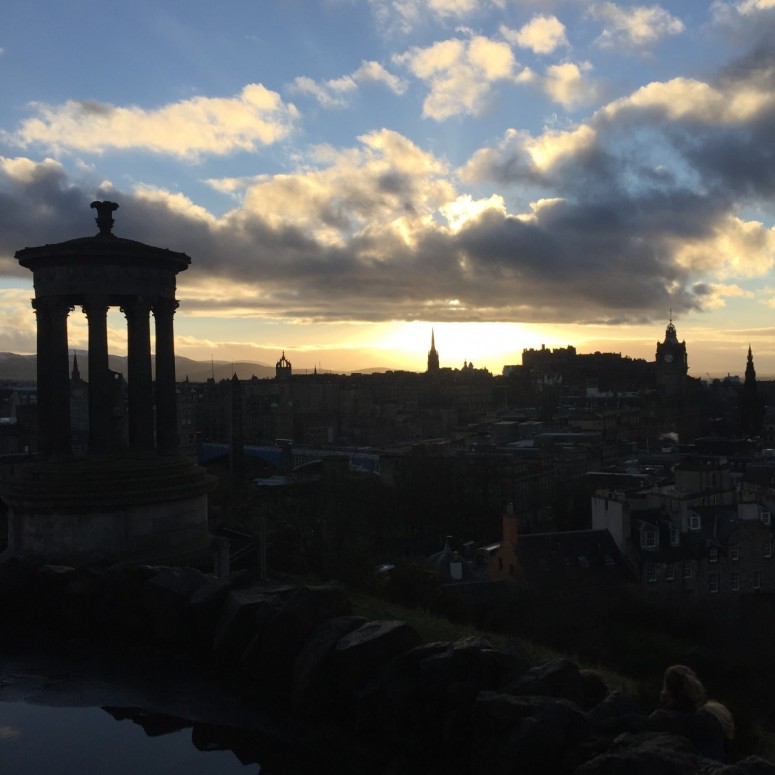 The day was windy and sunny, a slight chill but nothing too bad. I was “hiking” my way up to Calton Hill, one of the high points of Edinburgh where there are some beautiful views of the city. One thought I had while walking was that I should not have done this on a weekend, tourists flooded the area, but I was there, and I figured it would become less congested as the sun went down. I walked the hill all over, taking in the views and odd structures such as the National Monument of Scotland, a parthenon style building that was left unfinished due to lack of funds.

Eventually I made my way to the highest point where the stereotypical “Edinburgh” picture is taken. Seriously. Google Image: Edinburgh. It’s the second image, but there are loads more of the same if you scroll down, and this proliferation of similar pictures started to make sense to me as I stayed there. It was around 3:30, and the sun would set around 4:30. I had a book for school with me, so I figured I could kill an hour and watch the sunset from this great vantage point. I sat down at a bench in the corner of this perch, but I couldn’t help looking up every now and then. For one, the light kept changing and throwing the city’s stones into new hues of beauty, but, for two, I could not believe the masses of people who would walk up, take this framed picture with the Dugald Stewart Monument at the forefront of the city’s skyline, and hike back down. I witnessed, at least, a hundred of the exact same picture being captured. Just in the span of an hour.

I started to wonder at the sheer number of photos out there that looked more or less exactly the same. It seemed to be a household phenomenon. You could start some kind of obscure cult out of the tourists and photographers who have a picture of this scene. There are, of course, degrees to this. There are the semi-professionals (or people who take their photography seriously) who waited with me with their tripods set up, taking a couple photos every few minutes as the light changed. Then, at the other end, there are the attraction collectors who came, took a picture for merely documentation purposes, and then left. This is of course a spectrum, and I’m only looking at the ends, but I saw both of those ends at my time up there.

It was fascinating. It was one of those moments where you just step back and see the diversity in humanity. The diversity of lifestyles, interests, and pleasures. And I can’t say that I stayed out of it, because the picture that heads this blog entry was the same shot that everyone else was taking. I was kind of disgusted with myself when I was taking it though, glad that I had waited for the setting sun… but still. It was like having dandelions in your backyard and viewing them as weeds, versus stumbling upon a field of dandelions in the mountains and claiming that as the most exquisite of sights. Maybe the incorrect view is seeing the first scenario as weeds… but it has certainly given me something to think about.