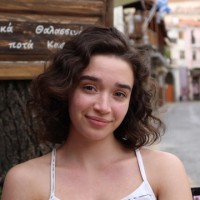 Christmas in Italy is magical. In the hill city, the air is just cold enough to make your nose red and your eyes water. About a week ago, an ice rink went up just around the corner from my apartment. It’s decorated with lights and garlands. All around the city, lights, and trees have been going up for the past week. It almost makes up for the lack of snow (this Minnesota girl needs her white Christmases).

Finals week is upon us (I can’t believe we only have a week left in the semester, it’s crazy!!), so the pretty lights and festive spirit are good for the soul. Perugia is a beautiful city without the lights, but it comes to life with the shops all decorated and the streets glowing. It makes you want to put on a hat and your warmest scarf, and walk the streets all evening.

Some students travel far and wide for Christmas markets. Vienna, Barcelona, and Prague are popular destinations. I decided to stay in the local area for my festivities (although the other cities looked beautiful and some even got snow). But to be honest, I am totally traveled-out. My friend and I were talking the other day about how even the idea of another airport makes us sick, especially with finals and projects building up. So, I decided to forgo the stress of planning a big trip. Besides, I am a homebody around the holiday season. I would prefer to go to my favorite café to sip cioccolata caldo (not exactly your typical Swiss Miss – more like actual, thick melted chocolate) and eat Pandoro, a traditional sweet Christmas bread covered in powdered sugar.

My friends and I have been procrastinating studying for finals by participating in holiday festivities. We go ice staking in the little rink. It’s funny to see a bunch of Americans who have grown up skating and playing hockey trying to navigate around Italians, some of whom have never seen real snow. After a long day of classes, we watch our favorite Christmas movies. Of course, we have to watch the classics and the cheesy new movies Netflix comes out with (if you haven’t seen The Christmas Prince 2, I would highly recommend it for a laugh). We spent this weekend at the highly anticipated Christmas market Perugia hosts yearly. One part of the market is held in the Rocca Paolina (an underground section of rooms that used to be part of the Pope’s fortress), another is held on Corso Vannucci, the main commercial street of Perugia. It’s the perfect opportunity to buy gifts for everyone back home.

Saturday, the 8th, was the official start of Christmas in Italy, so the streets of Perugia were flooded with people scoping out the markets, riding the carousel, and skating. Stores played Christmas music, and even the local street singer wore a Santa costume. At 5:00, a tightrope walker walked a rope from the beginning of the main street up to the rooftop of the Duomo. It was random but very cool. Tons of Italian families crowded into the piazza to watch the feat.

The best part of the holiday season (besides the pretty lights and the market) is that my favorite gelateria, Gambrinus, opened back up! In Italy, most locally owned, artisanal gelaterias close in November because it’s too cold for gelato, and they open back up in March. But for a few short weeks in December, they re-open for the holidays! So, I can have my favorite chocolate peanut butter gelato before I leave! Yay!!

It’s insane to think that by this time next week, I will be home. I have mixed emotions, but all this Christmas cheer makes me excited to decorate the tree and curl up by the fire at home.