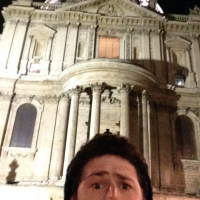 Well after being in London for 20 days now I decided it’s time to hit the road! Well by road I mean the sky because I flew to my destination, but I’m sure you all catch my drift. My first adventure has brought me to Edinburgh and as soon as I landed and took the bus into the heart of the city all I could think was “WOW!!”. Laying eyes on Edinburgh Castle for the first time is something that I will never forget and hiking up Arthur’s Seat was such an amazing experience. If I had to describe this city in one word it would be “historical”. Everywhere that I went it just felt as if I was walking where an old knight or guard had just been and architecturally the city was very nice. It was a bit cold (I guess that’s why they call it January….crickets), but it was definitely worth the trip. I saw bagpipes and kilts, but did not get a chance to see any long haired cows. I took a 9 hour bus trip back to London and can’t really say that I recommend that. The flight is one hour and is pretty inexpensive if you book in advance.

Let’s see where my next adventure brings me!