A Traveler's Life for Me 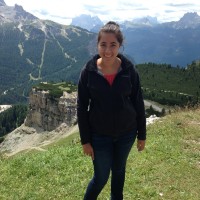 The purpose of life is to live it, to taste experience to the utmost, to reach out eagerly and without fear for newer and richer experience”
– Eleanor Roosevelt

What still amazes me about living in Scotland are all the opportunities for easy and relatively cheap travel, especially being a university student. Yay student discounts! These past few weeks I’ve had off from classes so I decided to take a break from studying for a bit and travel down to London.

I’ve always wanted to visit London so I decided to go because it was just a few hours journey from Aberdeen. It was so incredible to see an entirely different side of the UK! The atmosphere is very lively, fast-paced and a bit busy which makes sense since it is home to millions of people. London is the capitol of the UK and such a big city with so much to do! I only spent a few days there but there was so much that I still wanted to do.

While in London, I went to some famous historical sites including Big Ben, the London Eye, Westminster Abbey, the Tower of London, Piccadilly Circus, Buckingham Palace, the British Museum and Kensington Palace. I also went to see the play Wicked at the theater which was outstanding! At Buckingham Palace, I got to see the changing of the guard which was such an experience even in the rain. I honestly loved everything and can’t even begin to pick a favorite place in London. A big highlight for me was getting to go up on the London Eye and seeing all of London. It was quite the view!

Though I had an awesome time, I’m glad to be back home in Aberdeen. London was such a great way to experience England and a different side to the UK. Now it's off to study for finals!