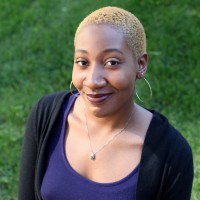 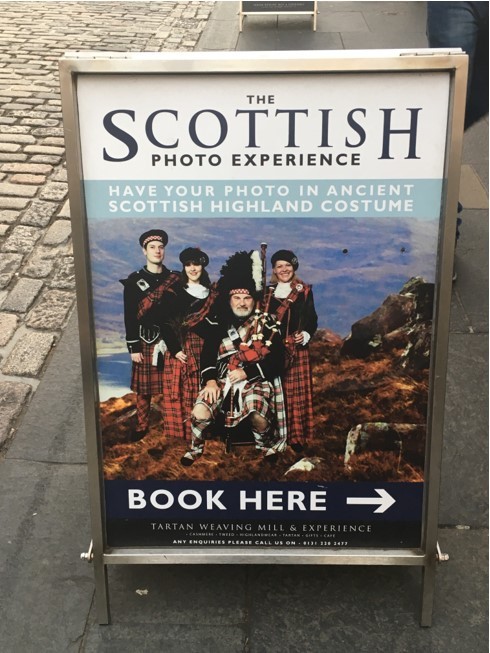 I knew that I would be thrown into a completely different culture, but not like this. The first day my exchange advisors released us into the city, I was baffled by many things going on. In the U.S., everyone is just now discovering thrift stores and the fact that people wear recycled clothes for low prices. It’s still a growing trend, with Instagram models and artists using thrift store clothes as a more “artsy” and “retro” look, with remnants of the 90’s fashion.

However, no one prepared me for the number of sloppy cornrows and hoop earrings I would see outside. It shocked me initially because there were white women and girls wearing hoop earrings, Adidas jackets, fishnet stocking, and creepers; it was a mix of the image of an Instagram model and Kim Kardashian. It was the density and ignorance of my cultural heritage looking me in the face for the sake of an aesthetic, and it shocked me. The next shock came from seeing dreadlocks all around, especially at the park near my flat. You can see many white men or white Spanish men with dreadlocks that go down their back, and you can see the lack of care. When you learn the cultural significance of dreadlocks, like many Black aesthetics, you can understand the irony and offense in the hairstyle. I’ve decided to not engage emotional energy in teaching people unless I’m ready, and now is definitely not a time; a Google search would steer someone in the right direction.

Besides my personal conflict with seeing my culture used for fashion, I have been surprised by the exploitation of the history of Scotland. I will admit that I didn’t know Edinburgh was the capital. I also will admit that I didn’t know it was a tourist city. Walking through New Town, the Royal Mile is the long stretch of road dedicated to bars, restaurants, tours, haunted graveyard tours, bagpipe players in traditional Scottish garments, and street performers (one American guy pretends to be a cowboy from the West, with the pants, vest, and hat, and he also has a whip he uses for his performance which is quite triggering, and in his performance he states that he’s from somewhere up North like Vermont). There are people from all over coming to travel and visit, and you see bachelor and bachelorette parties down the street, tourists, large groups of students, and more. Further up the road, as you walk past cathedrals and pubs, you can see the castle in the distance. I stumbled across a poster that advertised taking a family photo in traditional Scottish dress and kilts for the “Scottish Photo Experience,” and I remember stopping to look at it.

I don’t know much Scottish history, but I know bits about the wars that occurred for the Scottish, the fight for their livelihood, land, and overall right of existence against the British. Scotland is still currently having the debate about leaving the U.K. as well and being it’s own separate nation not under British Parliament. Seeing the poster made me think about how the history of a group of people can be subjected down to simple costumes, like that of Indigenous folks, and that people would use that exploitation for the sake of capitalism. The lineage of family names, the traditions, the signature and significant dress all gets placed up in a restaurant, or a pub, or on a poster for people to have fun with for 15 minutes so they have a snapshot in their wallet about how they were “Scottish for a day.”

I’ve been coming face-to-face with my thoughts of a better life in Europe. I’ve read about it; many Black American thinkers and activists went to Europe and expressed the normalcy of being in Europe. In the U.S., racism is overt, and you are constantly reminded that you are Black and people do not like you for the fact that you are Black. However, in Europe, they were given an opportunity to just be. The romanticization and opportunity for normalcy swept many away intro completely immigrating and encouraging others to follow suit because life would be better. When I arrived, many people here told me the same thing. Advisors (and a counselor) told me that Europe was so much better than the U.S. because racism wasn’t the issue that one could have with you, and they won’t discriminate against you because Europe is better.

Racism in Europe is much more subtle though. It comes off in the questions asking about where am I from (No, where are you REALLY from?), and if I’m sure no one in my family is from Africa when I say I’m Black and then say Black American; it comes in white people reaching out to rub on my hair or my friend’s hair and then apologizing with “It just looked really cool;” it comes in the form of men only approaching you because of how different you stand out in a crowd and how you talk; it comes in the form of dancing with white women and they feel and slap you on your ass when you’re dancing; it comes in an old woman talking about colored garbage bags and making a backhanded comment about getting green-colored bags instead of black, but (insert hand on the shoulder) there’s nothing wrong with black; it comes in white men telling you how beautiful and different you look and that Black women really get him going and tries to touch your face.

I refuse to be in a country so close to the top colonizing nation that was also impacted by said nation with a common Irish last name and tell those I encounter that it is better. It is easy to get caught up in the romance of Europe when you’re searching for the blatant racism that you’re used to back home, but I am here to tell you that it is still here. Europe is no saint, although they push a narrative to appear so, and when you are drained from an exchange with someone and don’t know why, I want you to remember microagressions and write it down so you can train yourself to notice them. And I want you to take care of yourself.