A Land of Fire and Ice 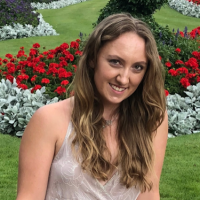 How do I begin to describe Iceland? Cold? Rainy? Windy? It’s a three-way tie with those adjectives. It was beautiful of course, but I wasn’t very well prepared in the wardrobe department, so I was a little bitter. The trip was fun, but I have a few regrets. Luckily for you, you’re reading this blog, so you can learn from my mistakes and make your own instead.

The first thing to note is that Iceland doesn’t use the euro, so you should definitely hit up an ATM when you get there (it’s always good to have some emergency cash on you). I would also suggest downloading a currency converter app. There are plenty to choose from in the app store, but I recommend the one I downloaded, which is just called Currency. I like this one because it works offline (I don’t have data on my phone), and whenever I do open it while connected to Wi-Fi, the exchange rates automatically update. Also, be sure to bring an adaptor that works for EU power outlets (thank goodness there isn’t a special adaptor I had to buy).

Now let’s discuss wardrobe, make sure to check the weather before you go and pack accordingly because I didn’t, and I paid the price by suffering through a rainy weekend. I thought I would be fine in my fall boots and my wool coat, but I was dead wrong. Wool coats aren’t very effective when they’re wet and neither are non-waterproof boots. I went on a two-hour walking tour while it was raining and almost the second it was over, I ran to the nearest H&M and got myself a coat that could handle the weather. And no, umbrellas won’t do you much good. While I was there, it was way too windy, and the wind was constantly changing direction, so the umbrella was really just an annoyance. Also, I’d recommend wearing your contacts in Iceland instead of glasses if you’re visually impaired like me; the water on the lenses made it impossible to see. I didn’t pack my contacts, so I was walking around in a blurry wet world for the whole weekend. On the upside though, you will never run out of hot water for your shower in Reykjavik because of the naturally warm water found under Iceland. Everyone’s plumbing is hooked up to the source, and after a cold and wet day, it’s the perfect remedy.

Now for some recommendations! You should definitely try to go to the Blue Lagoon, which is a pretty famous spa about 45 minutes away from Reykjavík. Their big draw is the geothermal pools that you get to swim in. National Geographic named Blue Lagoon as one of the "Top 25 Wonders of the World" back in 2012. However, you have to book it decently fair in advance because they don’t really take walk-ins and it fills up fast. On the upside, there are buses that will take you directly there so you don’t have to worry about transportation! I really wish I had been able to go, but I only learned about this place at the last minute. Plus, the only times left that were available were when my family was flying into Reykjavík. The three of them did go once I went back to London though and they really enjoyed it.

Now because the Blue Lagoon is a little pricey, locals tend to not go there too often. Instead, they prefer the public swimming pools found right in Reykjavík. These are significantly cheaper and a popular destination for the citizens. One of the most popular times to go is actually when the weather is crappy. I didn’t go to the pool either because I chose to take a nap instead (that nap though was easily one of the best decisions of my adult life), but I wish I had gone. Experiencing something like a local is the type of thing I look forward to on my trips.

I’d also suggest signing up for a Northern Lights tour, but be prepared for it to be canceled. The lights are rather fickle and can’t really be predicted, so there’s always a chance that you won’t be able to see them. That being said, the tour I signed up for was done by Reykjavik Sightseeing. I chose them because they give you the option to rent warm coats and boots, and I tend to get cold pretty easily; it’s really easy to reschedule and/or get your money back if your tour gets canceled.

I know what you’re thinking, “Raven hasn’t mentioned food yet!” Well, have no fear, because this paragraph is dedicated to your stomach. For reasons I don’t quite get, hot dogs are really popular in Iceland. There is one particular hot dog stand that’s famous because Bill Clinton went there and declared it to be the best hot dog he’d ever had. Now I’m no expert, but the one I ate tasted like your standard hot dog. However, if you decide that you want to try it for the experience, then you can find the stand located sort of near the water by the Kolaportid Flea Market (which is indoors and only open on weekends). It’s part of a chain of hot dog stands called Bæjarins Beztu Pylsur. If you’re looking for something a little more, shall we say, exotic, then have no fear! While lamb may be a very popular meat in Iceland, you can also find people eating horse and puffin. I didn’t try the horse, but I did have puffin for dinner during one of the days I was there. It was a little briny for my taste. You can also try to find fermented shark, but I haven’t heard any positive reviews about that one and the locals don’t eat it (it’s more of a tourist thing).

Now, I have one trip left this final and I’ve decided to spend it in the land of marionettes (which I definitely find a little creepy) and some of the most amazing Christmas markets I’ve ever seen! Get excited, because my next post if taking us to Prague!