A Hike to a Castle 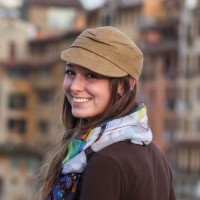 For our last day in Clifden, Gabbi and I came up with different options to spend our remaining time. We asked our host about suggestions for the day. Depending on what we chose to do, Gabbi and I could take the 3 p.m. or 6 p.m. bus back to Galway. I asked about the Connemara National Park and Kylemore Abbey as possible destinations for us, but once we looked over the bus times to get back to Clifden after spending time at the park, we realized there was not a returning bus.

Kylemore Abbey did not seem far and like a good destination, but our host said it was really overpriced and not worth seeing if we did not pay admission to get into the home and the gardens. She told us about the Clifden castle that was about a thirty minute walk from town and passed a castle hotel and ponies along the way. It would save us money on a bus ride and admission costs, while also giving us plenty of time to come back to Clifden to collect our bags. Gabbi and I both agreed it sounded like the best idea and we gathered our belongings to have them ready to pick up when we got back from our hike.

Ready for the hike, Gabbi and I walked from the B&B towards the castle by remembering the directions our hosts told us. We walked down a road past residential neighborhoods, stopped to get a view of the castle hotel, and took some photos of the ponies in the fields along the way. We came to a stone arch and passed under onto the gravel road just like our hosts had mentioned we should do. The muddy gravel in between cow fields was no match for my tennis shoes that quickly became coated in gooey mud. But I embraced my wet feet and could see the castle in the foreground. After walking for a few miles, Gabbi and I reached the castle. The ruins were covered in moss and foliage but was surprisingly in pretty good shape.

We peeked inside and I tried to envision what the castle would have looked like in the Middle Ages. It was hard for me to picture it being used and I decided I could benefit from reading a book on medieval castles ton understand what they looked like in the Medieval years. We spent awhile admiring and taking photos of the castle before walking back. Our hosts suggested we walk along the beach road to give us another view of Clifden on our way back to town.

As we trekked back to town, I could feel the long day spent on the island catching up with me as my muscles cringed and feet ached. We passed by the seaweed infested shore where we spotted a seal. The route took us along the opposite side of the Clifden Harbor that we both gushed over Friday afternoon. Past the school playground and boats docked by the edge of the road and we were back in Clifden. It was half past one and the town was still completely quiet. I suppose store and restaurants don’t open at all on Sundays in small towns like Clifden.

With plenty of time until our bus arrived, we stopped in at the one restaurant open today, a bar we ordered a pizza from Friday. We joined the after-church crowd in the restaurant and munched on another pizza for lunch. Since the town was quiet and uneventful for the day, we finished and decided we could catch the 3 p.m. bus for Galway. With more time to spare until the bus came, we took a seat in the sitting room and sipped on tea. Our host brought us in some biscuits, even though we originally kindly turned down his offer.

That is a familiar trait about most of the Irish I have met: they will bring you a pot of tea and biscuits whether you want them or not. But not letting them go to waste, Gabbi and I munched on the biscuits while we sipped on our tea. One of our hosts came in a few minutes later and asked, “If I bag up some scones for the both of you, would you take them back and eat them?” What a silly question for two college kids. We told him we certainly would and he was thrilled to hear it since he said they would just go to waste. Content from the tea and biscuits, we grabbed our bags and thanked our hosts for their kind hospitality.

Just over the weekend I felt like I had become so close with our hosts that I was leaving old friends behind. It has been a wonderful first trip filled with hiking, beautiful views, good company, and lots of rest. I can’t wait to see where I go next!