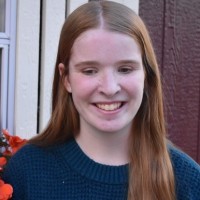 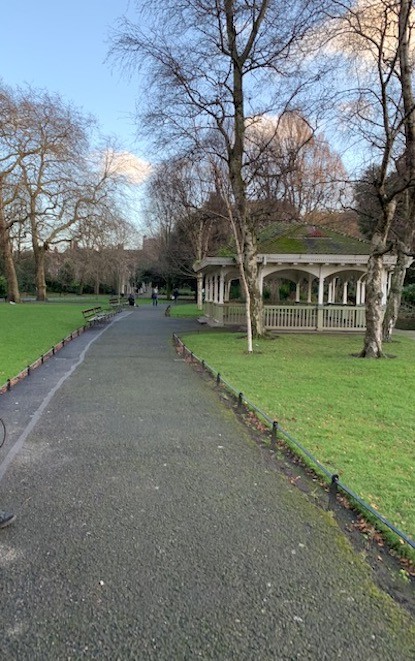 First thing’s first, I freaking cried in the airport. Yes, me, in all my fear of crying, cried. I’m blaming my dad because in all my life I’ve only seen him cry like three times, and that was definitely one of them. But honestly, I’m not that upset about it. My fear of crying in public places, or in front of people at all, was made a reality, and I was faced with an uncomfortable situation. And I think that symbolizes a lot of what the next semester will hold. I need to get comfortable being uncomfortable.

On our first day of orientation, my hotel roommate and I explored Dublin. In an attempt to get to Grafton Street and see Trinity College on the way, we ended up getting super lost. Neither of us had data for maps, so asking friendly locals for directions was the way to go. Asking for help, even in the short time I’ve been here, has shown to be something I will do a lot. We asked for help at the phone store when getting SIM cards. I asked for help with my hotel room key when I thought it wasn’t working, but actually, I went to the wrong room because I misheard the woman at the front desk telling me my room number. I’ve never been great at asking for help, but it’s becoming less and less daunting and uncomfortable. Gotta do what ya gotta do. Besides, I’ve learned pretty quickly that most people here are actually super friendly.

Today, for our second day of orientation we learned a lot about culture and slang. One of the things we did to get to know the culture was to play Gaelic games. The first thing I learned was that I should just stick to running and riding horses. Ball sports definitely are not my thing. But it was super cool to learn all about the traditions of the games and how they have remained a strong part of the culture even through the times in which they were banned.

One of our instructors for the sports was telling us how a lot of the major Gaelic Football and Hurling competitions get bigger crowds than things like the World Cup and the Super Bowl. And even more interesting, the athletes don’t make money for their success. As someone who grew up in the very elitist show rings of the equestrian world, it was so refreshing to learn about a sport that isn’t driven by money and has so much passion behind it. The people I have met so far in Ireland are so proud of their culture, and I am so ridiculously excited to learn and experience more.

After the Gaelic Games, we found a cute little restaurant called Milano right by our hotel. Yes, I’m in Ireland, and yes, I got pizza for dinner. To be fair, it’s pretty hard to find a good gluten-free pizza, so I won’t pass that opportunity up.

There’s so much I want to talk about, but here are just a few of my thoughts. Dublin is such a cool city and our free time to explore yesterday was perfect. I love the cobblestone streets and the buildings that are older than the United States. I love the euros, that as a person with a visual impairment, are way easier to navigate than U.S. money. Saint Stephen’s Green is gorgeous, and Trinity College looks like a castle. Also, super-short naps really help with jetlag. I feel pretty well adjusted to the time already.

Tomorrow we head to Galway! I almost never put exclamation marks in anything I write (besides emails, so I sound friendly), but I am so excited I think one is warranted. I’ve been dreaming about this for so long, and I can’t wait to see the place that I will call home for the next four months. As I said goodbye to my friends back home, they all commented on how I was finally doing what I had talked about doing for so long, and I still can’t really believe this is real life. I am so lucky. Am I nervous and totally out of my comfort zone? For sure. There are so many things to be nervous about, but there are also so many things to be excited about.