A Dove in the City of the Olives: My First Month in Athens 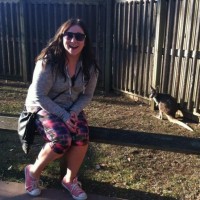 After what felt like months of preparation, far too many passport photos taken, and a solid few days of travel, I landed in Athens and embarked on my three and a half month journey in search of peace of mind.

I happen to be an individual who strives in environments of high stress, relishes in not getting enough sleep, and thrives in the meetings marked between the miniscule lines of my day planner. This is how I have spent the past two years of my life as a student at Illinois Wesleyan University. I figured it was time for a break. Thus, came study abroad. Of course I am fulfilling academic requirements while in Athens, but I am also hoping to use these next few months as a little bit of a break from my normally overscheduled routine. I am putting down my day planner (or at least trying to) and letting my story unfold.

My first week in Athens was filled with all the goodies of any proper orientation - free meals, endless attention, and a general sense of having absolutely no clue what’s going on. We got to know each other, were given some basic rules, and intensively tried to learn Greek. Perhaps the most rewarding moment of orientation week however was learning the story of how Athens got its name. I am a big fan of good stories and a firm believer that everyone and everything has a story, so it was actually very cool to hear the story of this city I’ll be living in for the next three months.

So it goes that initially Athens was called Cecropia. Labeled after the strange founder of this place Cecrops, a strange half-man, half-snake creature. However, the Gods of Olympus wanted to name it after one of them, and two amongst the Gods were most dedicated in their pursuit of this venture. The first of these was Poseidon, the God of the sea, and the second was Athena, the Goddess of wisdom. To settle their differences, Zeus declared that each would give a gift to the city and Cecrops would determine which gift was best, thus getting the namesake. First to present his gift, Poseidon gave the city a spring of water, ensuring that they would never suffer from drought, by striking a rock with his trident. Unfortunately, the water was too salty to be drunk, though, because it came from the sea. Athena was the second to present her gift and she planted a seed that grew into an olive tree. The citizens of Cecropia preferred this gift because it could provide them with food, oil, and firewood. Cecrops declared Athena the winner of this contest and the citizens joyfully named the city Athens after the Goddess and her gift.

Orientation Week culminated in our group, 17 students and our three language professors, traveling to the Island of Tzia for a weekend. This trip was full of sun, sand, and salty water. But, like all good things, it came to an end and we had to start classes at some point. In another post for another time, I will be sure to talk about some of the details on my classes. For now, though, I will continue to focus on these mini-excursions that have enlightened my journey thus far.

After a week of classes, we took another island trip, but this time just for a day. Seventeen students and our lovely Arcadia staff, traveled to Aegina for more sun, sand, and somehow even saltier water. The island of Aegina is dotted with shops and restaurants but is most well known for its immense pistachio production. We were treated with the pleasure of preparing and cooking our own meal at a restaurant on the island and then were free to enjoy the beach and the pistachio gelato for the rest of our day there. I then spent my first free Saturday on yet another beach and visiting a sea turtle rehabilitation center with my Biodiversity classmates. In a less than heartwarming story, I have come to learn that many fishermen across the country view sea turtles as a threat to their livelihoods and will often hurt the turtles if they happen to catch one in their nets. The NGO Archelon sponsors this rehabilitation center where injured turtles can be helped and potentially rereleased into the wild. I hope to revisit the center in the future and work with the turtles at a more hands-on level.

I entitled this blog post “A Dove in the City of Olives” for three reasons. One reason being the story of Athena and her gift of the olive tree; another reason is that the symbol of my sorority is a dove; and the final reason is that both the dove and the olive branch are symbols of peace. Seeing as I’m on this quest for “peace of mind,” it seemed fitting that these two aspects of my life - my sorority at home and the place I’ll be calling home this semester - came together in such a manner. I have yet to determine if Greece will bring me the peace of mind I’m searching for, but my hopes are high and my sights are on a nearby coffee shop where I may find solace in the hustle and bustle of this seemingly gigantic city.