A Day at the Rugby Match 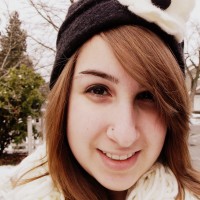 So on November 8th I was on the bus to Dublin with my friend Katie. Only a few weeks before I was informed that I had won a pair of tickets to the Guinness Series Rugby Match because of a contest from Subway I had entered! I had friends who played in high school but I had never seen a rugby game before. I always wanted to understand more about it so what better way to learn the game than with a stadium full of Irish fans?

We arrived a few hours early so that we could collect our tickets and explore the Dublin area for a little while since Katie had not been to the city yet. At first the weather was horrid as it was cold, windy and rainy. Typical Dublin! At that point we both hoped Aviva Stadium was going to have covered seating but the weather cleared up so all was well with the world again.

The two of us ended up in city center which had all of their Christmas decorations up! It certainly felt like the holiday season had arrived with the cold windy air. That feeling always lifts my spirits! We ended up doing some Irish tourist shopping getting Irish gifts for ourselves and for family. We also found a Disney Store, hoping that inside there was Irish Disney gear. Sadly, the Irish Disney section was a little lacking with only one t-shirt and a couple green clothed Mickey and Goofy stuffed animals.

The time had come to take the dart train to Aviva Stadium which only ended up being 5 minutes at the most. The train was a little packed (a lot), full of other Team Ireland fans getting ready to go to the game. Needless to say there was lots of green everywhere! Katie sported an old fashioned Ireland Rugby jersey while I had an official Ireland Rugby scarf so we blended right in…or as much as two Americans can in a city they aren’t used to.

We got into the stadium and the first thing I noticed was there was no bag check. You just show your ticket and walk in! Our section was way up in technically the nosebleed section so we had a lot of stairs to climb. Yet, once we got to our seats the view was incredible! Aviva Stadium was probably the biggest stadium I have ever been in, but that’s easy to understand when you need to fit a good portion of a country’s population inside for a game. We watched the opening ceremony where the fans cheered super loud for their favourite players from Ireland. There was even a series of fireworks and bursts of fire just to emphasize that maybe Ireland is really the best team in the world. Next came the national anthems. Some people around us knew the South African anthem and could hear them singing along to it. Then came not one, but TWO Irish anthems which were sung loudly and with loads of cheering at the end…and more fireworks.

Then it was kickoff! A lot of the game reminded me of football so I was able to pick up bits and pieces. It also helped to listen to the stadium. When the players clustered together, or a foul from South Africa = booing. When there are big runs, Ireland has the ball, referee makes a call that benefits Ireland, Ireland gets close to the goal line, or obviously, if Ireland scores points = eruptions of cheering. I was able to hear a bit of commentary from the two fellows behind us who clearly knew the sport well. I got to learn about one of Ireland’s players, The Beast, as well as if the strategies used throughout the game were good or not, according to them at least. Another interesting fan moment, aside from the bursts of cheers and songs we did not know how to sing along with, was the big hush! When the kicker was ready to kick the ball, there were loud hushes trying to quiet everyone in the stadium. No one but those who may have had a few too many talked. Once the audience was finally still, the kicker would go and eruptions of cheering pursued when he made the point. He never missed either and Ireland was winning!

Katie and I had noticed that drinks served at the game were not just beer but hot whiskey too! What a smart idea, especially in this weather! We considered getting some ourselves until we noticed that every bar’s line was longer to go through than to get food or a woman’s bathroom! Katie also noticed that some people were wearing scarves that had both South Africa and Ireland represented on it. Since she had been to both places she really wanted the scarf but we couldn’t find it anywhere in the stadium. We ended up asking the fellows behind us where they got theirs and they told us they got them on the way to the game from a street vendor. Then one of them gave Katie their scarf as a gift!! Katie was super happy and we couldn’t thank them enough for how kind they were to us.

The game came to an end and Ireland won 29-15!! I was happy but Katie felt torn between the two countries, yet still happy Ireland won the game. Once again, there was lots of cheering and singing as everyone left the stadium. Getting back to the bus for us was kind of challenging. The train we had to get on to get to the street was going to be crowded, guaranteed. We had to first wait in a queue which only let in a certain number of people through at a time. When our turn came, we had to run along the side of the train looking for an opening that could fit two people. If we thought it was crowded before, the train ride back we were literally packed like sardines! If they thought they could fit another person, they did.

In the end, we made it back to the bus safely and in one piece. I was so happy that I was able to get a rare opportunity like this. My cousin told me before I left that I couldn’t come home until I watched a game of hurling. Well I watched the hurling finals at the pub, and now I can add that I also went to a stadium and watched a Rugby match live!