40 Hours in the Blue Mountains 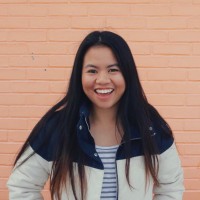 One of the most important things I’ve learned so far is how to take advantage of all 24 hours of the day. Back home, I would most likely make time to watch a couple episodes of New Girl, Parks and Rec, or The Office-- a usually mindless, lazy activity. But here, the couple of hours of Netflix watching means a couple hours less of immersing myself into something new or going on random adventures to find the hidden gems of the city. The opportunity cost definitely outweighs the benefits.

So, here’s a goodbye to Netflix and a hello to my handy planner.

I’ve scheduled my classes to allow me to have four day weekends. On Fridays I finish at 11 a.m., on Mondays I have no classes, and on Tuesdays I don’t start until 2 p.m. Knowing that I’ll be abroad for what feels like a short amount of time (a month has already gone by!!), I wanted to maximize my time and use the weekends to travel and explore Australia.

Since the semester has started, this past weekend (March 10-12) was my first opportunity to have a quick getaway from homework and Sydney. My study abroad program hosted a weekend excursion to the Blue Mountains in Katoomba, which is about a two hour train ride from Sydney’s Central Station. There’s been a lot of overcast and rain in Sydney, but fortunately the sun came out and we enjoyed 77 degrees Fahrenheit throughout the weekend.

So here’s the rundown of 40 hours in the Blue Mountains:

After finishing my one class of the day, I did some last minute packing and errands before meeting Kayla, a girl who is in the same program as me, to catch a bus from campus to Sydney’s Central Station. At the station, we met up with the program coordinators, as well as the other Arcadia students from the other Australian universities. It was a nice time to catch up with friends I haven’t seen since Introductory Orientation back in February.

Once arriving at Katoomba (5:30 p.m.), we checked in and dropped off our bags at the YHA Blue Mountains Hostel, before heading out to enjoy a sunset dinner at Echo Point Lookout. I was expecting a nice sit down dinner as the itinerary had implied, but instead the program coordinators arrived with over 30 boxes of pizza in tow. So there we were, a group of over 40 colleges kids with pizza in hand watching the sun set over the Blue Mountains -- oh, so fancy.

After that, we headed back to the hostel and concluded the night with Tim Tams (chocolate biscuits), Milo (chocolate and malt powder mix drink), and an Australian movie: Red Dog.

The morning began with cereal for breakfast before heading on our walk back to Echo Point Lookout, where we’d be doing the Scenic World attractions. Scenic World offers four different ways to view and experience the Blue Mountains. The first, and of course the one we started with, is the Skyway, which is a gondola that glides 2360 feet off the ground between two cliff tops. It offered 360 degree views of the Katoomba Falls, the Three Sisters, and Jamison Valley.

Once reaching the other cliff, the next attraction was the Scenic Railways which boasts it is the steepest passenger railway in the world with a 52º incline. Personally, I didn’t find it scary or adrenaline rushing, although we did spend the time to go on it twice: once descending and then once ascending . The ride descended through a passage between two rocks and into the rainforest. After we got off the ride, we arrived at Skywalk Walk, which is an elevated boardwalk that weaves through the forest. A smaller group of us went on a hike in search for the bottom of the Katoomba Falls. It was a great time just exploring nature, while the rainforest just towers above.

The last attraction was the Scenic Cableway, the steepest and largest aerial cable car in the Southern Hemisphere. It travels the 1674 feet stretch across the Jamison Valley. The cable operator shared information about the area and pointed out the Three Sisters, Orphan Rock, Mt Solitary and Katoomba Falls.

Later in the afternoon, we went on another beautiful hike that explored a different section of the Blue Mountains. The path led us to the Giant Stairway, which gives you the opportunity to climb stairs right into an alcove of one of the Three Sisters, which is a 3 piece rock formation in the Blue Mountains.

Today started off with a 7:30 a.m. wake up call, as we had to pack all our stuff, check out, and store our bags away.

The first activity we did was learning how to throw a boomerang -- mine never came back to me, but to be fair there were strong winds at the time. For this workshop, we also had an indigenous Australian present to share some facts boomerang. These wooden instruments can be either returning (to throw above hunting spots to scare animals / give up hiding spot) or non returning (to capture the animal). The boomerangs were also decorated to depict a story, and were passed from one family generation to the next.

That afternoon, we joined High n’ Wild, an abseiling (rappelling) company. After instructions and a few practice rounds we progressed through a 16, 50, and 100 feet cliff. While abseiling down the 100 feet high drop cliff, I came to the realization that I’ve not really afraid of heights. Rather, it’s the aspect of the cliffs that gets me a bit anxious. A fourth of the way down, the cliff caved in so your feet lost any contact with any flat surface or wall. At that point, I was just sitting on the harness and began to slowly twirl around, which was normal thing to happen. So there I was, 75 feet above ground, hanging off a cliff by just a rope, harness, and a carabiner, taking in the beautiful surrounding views of the Blue Mountains National Park and appreciating my decision to get out of my comfort zone. It was quite an amazing experience!

Once finished with abseiling, we headed back to the hostel to grab our bags before making our way to the train station. We caught a 3:45pm train and arrived back at campus by 6:30pm.

Overall, I’d say it was a pretty eventful weekend (and absolutely no TV show would have been a better replacement)!

Until the next weekend excursion,
Lida