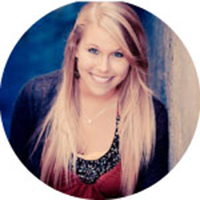 3,613 miles, 6 hours of air time, and 22 hours in a car/bus later and I am back from New Zealand. The actual traveling of all these trips doesn’t faze me much anymore. Other than customs- that part is just stupid. My flight left Sydney at 7:40pm, I landed in Christchurch, NZ at 1am and I was absolutely exhausted and hungry (It will make sense in a minute). I’m not sure what it is that makes me so suspicious, but every security officer had about 25 question for me. I guess it’s strange to be a foreign exchange student from the states, living in Sydney, flying internationally for only 4 days, to see other foreign exchange students that just entered the country and not knowing where I was going or what I would be doing? I don’t see it. I finally made it to customs where security asked me if I had any food in my bag. I let my stomach speak for me when I responded with an “I wish.” Judging from the dirty look and big X on my paperwork, I guess that’s not what you’re supposed to say. Long story short, they searched my bag and asked heaps more questions that I really didn’t have answers to.

It was all worth it thought because I had the opportunity to spend four and a half days all throughout the south island of New Zealand with two fellow North Dakotan friends from my hometown, Lexi and Alek. How cool that we are only a 3 hour flight away? Life is so unpredictable, weird, and wonderful all at once.

My time in Christchurch was short lived as we only slept a couple hours before we woke to drive to Queenstown for the weekend. Let me just say that every stereotype of New Zealand is absolutely true- green country land, snow-capped mountains and sheep everywhere. It was almost too perfect and was a nice break from the big city life of Sydney. Within an hour of being in Queenstown, all three of us were in harnesses, standing at the top of the 43 meter high Kawarau Bridge ready to bungee jump.

I’m officially an adrenaline junkie. I would do it again in a heartbeat- no questions asked. The girl that went before us, and had to be pushed off of the platform, probably wouldn’t. Our weekend definitely started with a bang. We spent some of the next morning exploring the quaint ski town but didn’t waste much time until we were cruising down the luge track at the skyline with two more ND friends! It was real life Mario Kart: NoDak series. Five North Dakotans in Queenstown, NZ at once…weird.

Since the -3 degree Celsius temps of NZ weren’t cold enough, we hit the ice bar called “Below Zero” after eating at the famous “Fergburger.” The bar is -10 Celsius and made completely out of ice- tables, cups, shot glasses, chairs, and all. The bar supplies a coat and mittens before entering- I rocked the Cruella Deville-Macklemore style.

The next morning we hopped into a bus for five hours to get to Milford Sound- a long, narrow inlet of water surrounded by steep cliffs created by glacial erosion. My descriptions or pictures don’t even do the beauty of this land justice. I have never felt smaller than the two hours I spent on a boat starring at the mountains towering over me. Google it. I can’t believe my time in Sydney is nearly coming to an end. Lexi and Alek are trading the mountains of New Zealand for a weekend in the city with me to celebrate my 21st birthday on Sunday and I couldn’t be more thrilled. I have old friends, new friends, and a city with endless possibilities. I think this could be the best birthday yet.

Sierra Kreft is a student at North Dakota State University and is blogging from her summer abroad with the Sydney Internship Program Summer in Sydney, Australia.