Every year, since 1968, the International Fantastic Film Festival takes place in the beautiful village of Sitges in early October. 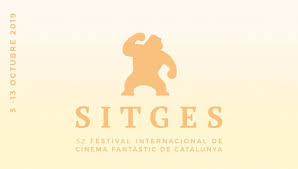 This year's event started on October 3rd. It will last a total of 11 days and will gather the big film creators to the Sitges area. Millions of fans will stay also in the same village or nearby Sitges and Barcelona.

Today, it is one of the world’s foremost international festivals specializing in fantasy and horror films. Sitges will be the best opportunity for movie lovers and audiences eager to come into contact with new techniques and technologies applied to film and the audiovisual world.

The main venue of the Sitges Film Festival is the Auditori but also there are El Prado, El Retiro and Sala Tramuntana where the entire film festival will take place. The festival contains 171 films, and they will be broadcasted for 355 sessions all along the 11 days that take place. These films will be broadcasted in different schedules to be available for most of the public.

To facilitate your decision on how to schedule your days, we have selected 10 dates for you. They are just a recommendation:

And for further information, you can have a look at the official web site clicking this link. I hope you will enjoy this excellent event and more for those who love cinema.