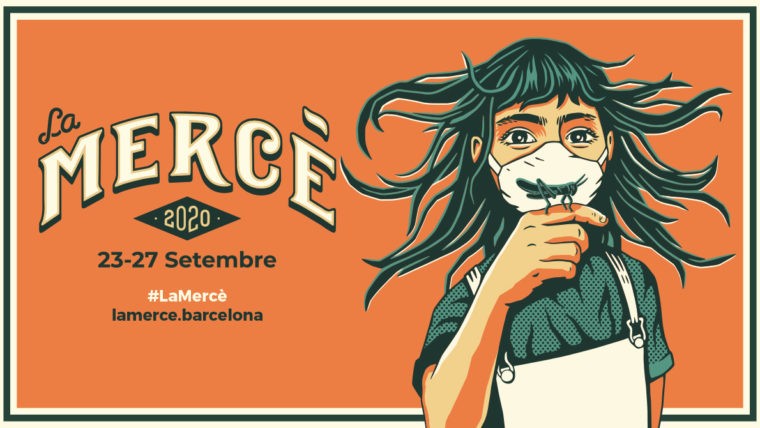 Today is a special day in Barcelona! Apart from being the second day of fall, it’s also the day when Barcelona’s greatest event of the year begins: La Mercè 2020!

La Mercè (also known as “Les Festes de la Mercè”) is the Festa Major of Barcelona, which is the most well-known and biggest festival of the city. We celebrate it on every September 24th to honor the Patron Saint of Barcelona – the Virgin Mary who’s called Mercè, translated as “Mercy”. This year the festival goes on for 4 days (from the 23st and until the 27th). Hundreds of free events for all ages and for all tastes take place during the festival.

Tradition and culture are clearly part of the festival. You’ll be able to see traditional Catalan dances such as Sardanes, also Castellers (human towers) live performances, Gegants (Giants), Capgrossos (“Bigheads”), the beasts of Barcelona like the Eagle and the Dragon of Ciutat Vella and so on so forth. Tradition will also involve fire for those of you who want to experience the Correfoc (literally “fire-run”).

Music is also a very important piece of La Mercè. Music will be present and you have a wide range of concerts and musical events such as dances, parades and performances all throughout the festival! You’ll find all types of music, and from Catalan and Spanish bands to International bands or singers.

This year, the Barcelona annual festival has had to be reinvented because of the COVID-19 crisis, with limited audience capacities, greater decentralization of events to be enjoyed during the daytime and a focus on talent local. For the first time the celebration events will be reaching neighbourhoods such as La Marina del Prat Vermell, Les Roquetes and Ciutat Meridiana as well as spaces such as Park Güell, the Hospital de Sant Pau Modernista complex, La Model prison and the Teatre Grec.