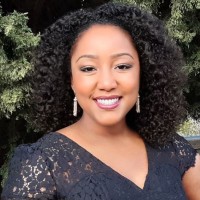 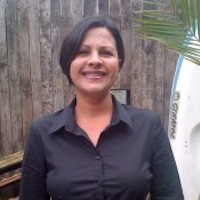 Natalie Marshall, a Senior at Arcadia University, writes about her experiences as a study abroad student in Cape Town, South Africa. In the second of two blog posts, she describes how meeting South African students, and teaching English to kids in a township, opened her mind to the deeper issues surrounding inequality on both local and global levels.

Vibrant Discussion with Other Students

I detailed in my last post (Part 1) that curriculum of the core course in Cape Town allowed me to interact with my host community through South Africa’s history. However, my interactions with South African students at UCT were just as invaluable as my core course excursions. South African students tend to be much more open to starting conversations with strangers than students are in the United States. At meridian every day, which is a period from 1:00 PM to 2:00 PM on campus when students do not have class, UCT students sit on the steps in front of Jameson Hall (known as the ‘Jammie Steps’) and eat lunch, talk to each other, and meet new people. Just sitting on the Jammie Steps allowed me to meet a large number of South African students and have insightful conversations with them about their country’s history, politics, cultures, and how my country compares. Plus, discussions in tutorials (which are smaller group discussions led by graduate students) are very interactive at UCT, so students would ask for my American opinion on various historical and political issues, while sharing their own views. Every day at the University of Cape Town was filled with an interesting exchange of ideas thanks to the openness of my South African classmates.

Teaching in a Township with SHAWCO

Besides the inevitable interaction with locals that comes with attending courses with UCT students, there are innumerable clubs and societies offered by UCT that make meeting local students even easier. During my semester in Cape Town, I joined a club called SHAWCO Education, through which I taught English in the township of Nyanga every Monday. Not only did this experience allow me to gain great English-teaching experience, it also allowed me to interact with township residents every week as well as UCT students who were committed to improving the educational opportunities in South African townships. I learned so much about educational inequality in South Africa through these individuals who were so passionate about closing the educational gap and improving SHAWCO curriculum, but I was also able to see the innumerable challenges they faced in the process. I never would have gained this experience or interacted with these people had I not joined SHAWCO.

In addition to SHAWCO, I also joined the wine society at UCT, which connected me to other study abroad students as well as South African students who were interested in viticulture and oenology. A group of us took a long weekend trip to a town called Franschhoek, in the heart of South African wine country, where we took a wine tram around to five vineyards and tested our wine knowledge. As luck worked out, one of the South African students we went with owned a hostel for backpackers situated on a beautiful pear farm, where we were all able to stay for the weekend. I learned a great deal about wine on this trip, but more importantly, I was able to make great South African friends that I still keep in touch with a year later.

Besides a newfound interest in wine, the most important thing I took away from my interactions with my classmates at the University of Cape Town was a great deal of insight into South African (and global) inequality. In and outside of class, these students were constantly asking themselves why certain things are the way they are, how they came to be that way, and how history has impacted people in order to create their current situations. My classmates made me think about inequality in new ways, namely through the idea that it occurs in cycles. In South Africa, the history of the oppressive apartheid era is usually the reason for peoples’ disadvantages. For example, my SHAWCO students had trouble reading because many of their parents were illiterate. Their parents and grandparents were illiterate because the apartheid regime did not allow them to learn to read. Of course, this issue is simplified here for the purpose of explaining its cycle, but this “cycle idea” really gave me a new perspective on the world. I started thinking more like my South African classmates, assessing situations in terms of history and how inequality is perpetuated throughout generations. It is not always the case, but cycles of inequality are often to blame for things like illiteracy, poor educational opportunities, poverty, and similar issues.

However, as grim as the concept of cycles of inequality may sound, my South African classmates also taught me a lot about trying to break the cycle. I have never seen a group of students more involved and passionate about creating equality in their country than UCT students. Their drive to enact change in their community was apparent through the various rallies I witnessed during my semester at UCT, the conversations I had with students who wanted to start intercultural and interracial dialogue, and of course, the famous #RhodesMustFall and #FeesMustFall movements. By recognizing and talking about the inequalities in their country, these students can create plans to break the cycles, and their fervent desire to do so is impressive. So, while my thinking about global inequality changed in South Africa, my views also shifted on how to assuage the inequality, and I have become so much more comfortable discussing these issues as a result.

Creating a Future with Hope

These experiences are just a few examples of the connections I made and lessons I learned a UCT, but they showcase how easily students can interact in a meaningful way with their host community in Cape Town. It truly is not possible to remain confined to an American social group, as there are opportunities around every corner to share ideas with a diverse range of South African students who are knowledgeable about their country’s past and present, and passionate about creating a future that is not negatively influenced by the apartheid era.