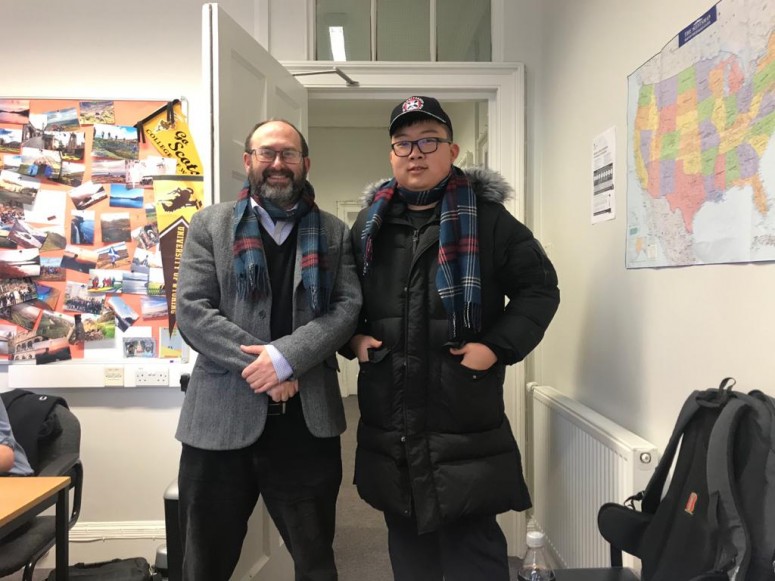 Arcadia can facilitate studying abroad for any student at US Universities, not just US citizens. We often have students participating in a "double international" experience where they are studying as a full degree-seeking international student at a US institution and then take part in a further Study Abroad experience through Arcadia. We sat down with Yuze (Sean) Shi who is a Chinese student studying at University of Colorado Boulder but who spent a semester at the University of Edinburgh through Arcadia. Sean was a regular visitor to the Arcadia Edinburgh Center and we learnt as much from him as he did from his time in Scotland. We were delighted that he wanted to take part in our "Stories from Scotland Alumni" series and you can read his story below.

I was doing an Independent Study project with Hamish so it was great to sit down and discuss philosophy with him.

Thank you for agreeing to take part in the “Stories from Scotland Alumni” blog series. Could you introduce yourself for the readers please?

Fantastic, and why did you choose Scotland as your destination?

What were your first impressions of Scotland and the city of Edinburgh?

It’s a pretty nice city actually. I arrived on the train (from London) and when I got into Edinburgh it was pretty dark. The people were very nice and if you are interested in the outdoors then you can climb Arthur’s Seat. If you live a bit further from the campus and refuse to get a bus pass like I did then you can get some good exercise climbing up and down the hills through the city. I unfortunately didn’t get to try any Haggis while I was there which I do regret. I arrived in Scotland at the end of December and there were so many celebrations taking place. I took part in a ceilidh on New Years Eve which was fascinating. I tried to learn the dances but it was quite hard for me! 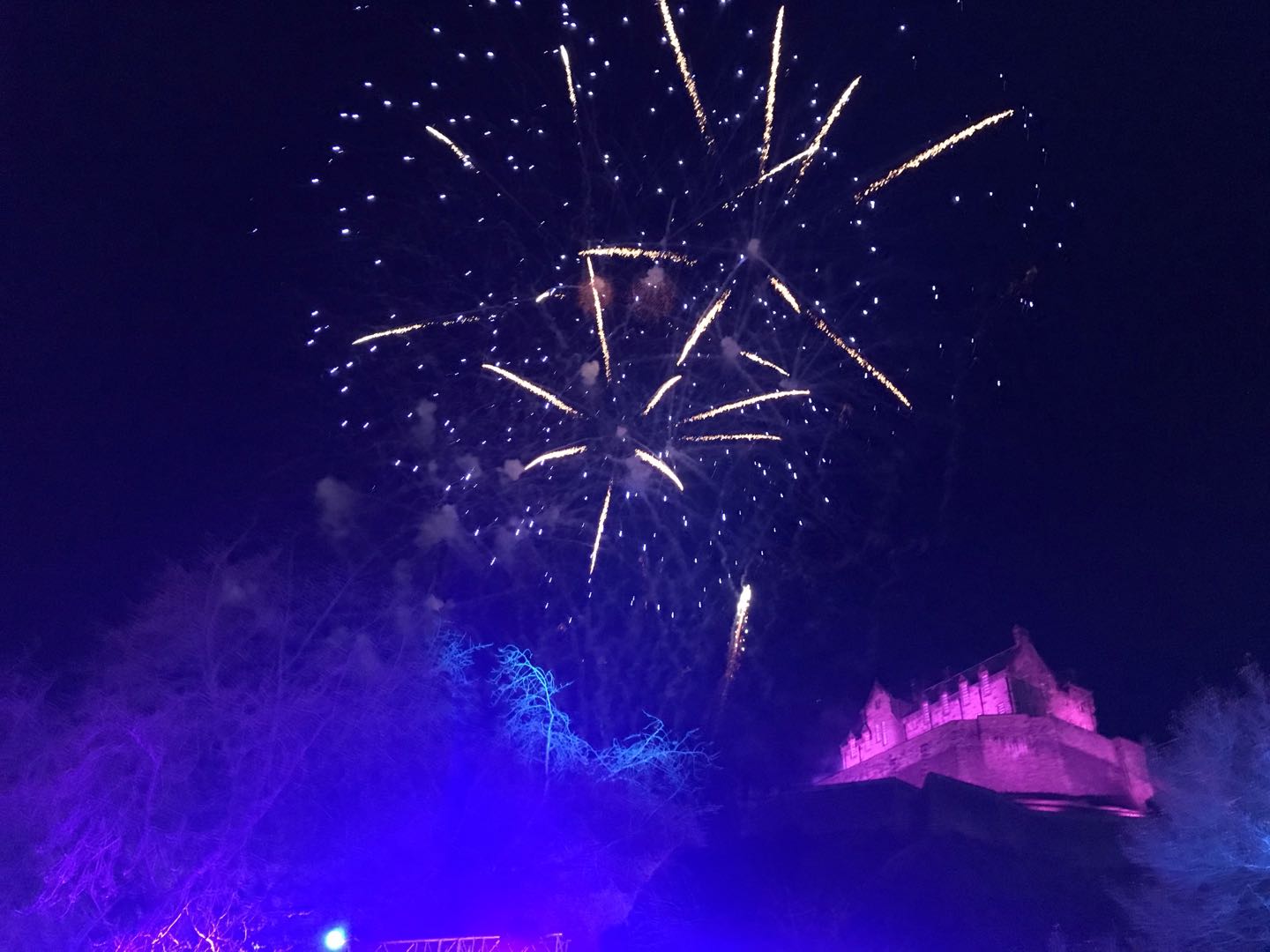 How did you manage to adjust to Scottish culture and living in Scotland?

It was pretty easy to fit in. The people in my dorm were all very nice to live with. One of them was from Northern Ireland, one was Chinese, one was English and one was Glaswegian so it was very interesting to see people from different parts of the UK living together and having fun. I lived independently, basically in a private student accommodation, not the standard University of Edinburgh dorms. I lived pretty near to the Scottish Parliament and Holyrood Palace and the experience was very nice; It was a good place to live in.

What were your classes like and how did they differ from CU Boulder?

It’s very different, let me make that clear. Even by the time I was having to leave Scotland due to COVID I still hadn’t really got to grasps with the Scottish academic culture. They have very big lectures a few times per week and they could have up to 500 people which would never happen at my home university; usually classes would be no more than 100. Edinburgh has very big classes in comparison. However, I think one of the good things about Edinburgh are the small group tutorial sessions with the lecturer or professor who will go over the course material; that was very fascinating. I was taking The History of Edinburgh class and the Professor was one of the advisors for a BBC documentary about the New Town in Edinburgh so it was fascinating to see the experts teaching you the material. Sometimes you even get to see old documents from the 16th or 17th Century which is truly amazing.

Did you meet local people through your classes or by any other means?

I wasn’t very social but I definitely had a lot of communication with Scots. Most often I’d speak to people from Edinburgh but unfortunately I didn’t have much chance to speak with anyone from the Highlands which was a pity. The University of Edinburgh has a lot of international students.

Did you take part in any of the Arcadia organized events?

I signed up a few but because of COVID the ones I wanted to go on were cancelled. I was really looking forward to the Isle of Skye trip so it was a pity it got cancelled.

How did Arcadia help you through your study abroad experience?

I think it was amazing. The office is right next to some of the major teaching locations so after class I’d come by and talk to Arcadia Scotland staff. Sometimes I’d use the Center as a study space to complete work as it was closer than my dorm which was amazing. To be frank; Scottish weather is a little weird, it can rain any time, so I got caught without an umbrella and it was good to have the Arcadia Center close by. The staff are very helpful and knowledgeable and they recommended lots of good places for food and a good tea shop; I love tea! I was doing an Independent Study project with Hamish so it was great to sit down and discuss philosophy with him.

What was the hardest thing about studying abroad for you?

For me I got used to Study Abroad pretty easily. I’m technically studying abroad right now because I’m from China but stuck in Boulder thanks to COVID. I got used to it easily but a major challenge was communication with my family; there were definitely times where I felt lonely but I never stopped trying to adapt to the culture. Scottish culture is way easier to adapt to than other cultures; it took 3 semesters before I felt like I’d adapted to the culture at Boulder. If you’re very social you will find that people are very easy to talk to and be with. Most people are very kind but people do drink a lot in Scotland!

Your mum came over to Scotland at the start of your program didn’t she?

Yeah, we flew into London and had some days there which was fun and then we both came to Edinburgh. She really liked it; especially when we went to The Highlands but she did struggle with the accent quite a lot! 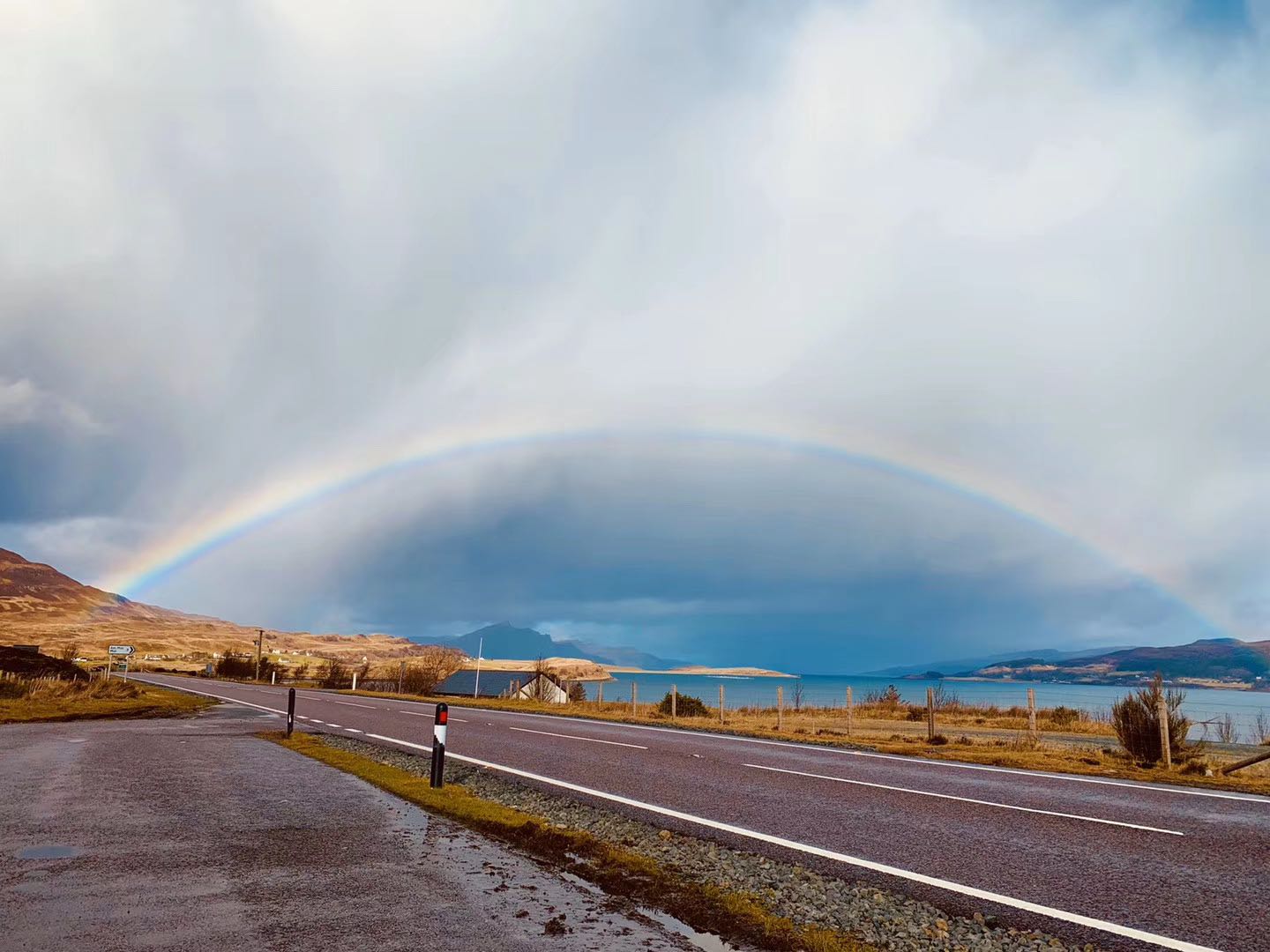 What do you think you learnt the most from your experience?

I think Scotland is a good place to learn; even better than London - it’s too busy! Scotland, and Edinburgh, was easy to settle in as it has a very strong culture and, what I call, a Philosophy atmosphere. The Old Town where I was based was mainly students and university staff which helped with that atmosphere.

How has Study Abroad helped you since returning?

It’s definitely added a more diverse culture to my College education. I’ve experienced education not only in America but also Scotland which is a great experience. I think Scottish university education generally is very good and I have friends who studied in Aberdeen and they said it was amazing.

Why would you recommend future study abroad students study in Scotland?

As a nation, Scotland is very good for studying and has very convenient living conditions but is maybe not the most modern; especially in Edinburgh! Scotland can give you a very good studying environment and very straight forward people; I think Scottish people are very easy to deal with because they are very honest. I talked with my professors a lot during their Office Hours and that really benefited my academics as they provide you with some really good ideas and by talking with them you can get different perspectives on your learnings. Scotland is home to the “Enlightenment” and many of our modern ways of thinking have their origins here so I am very grateful for the opportunity to learn in Edinburgh. 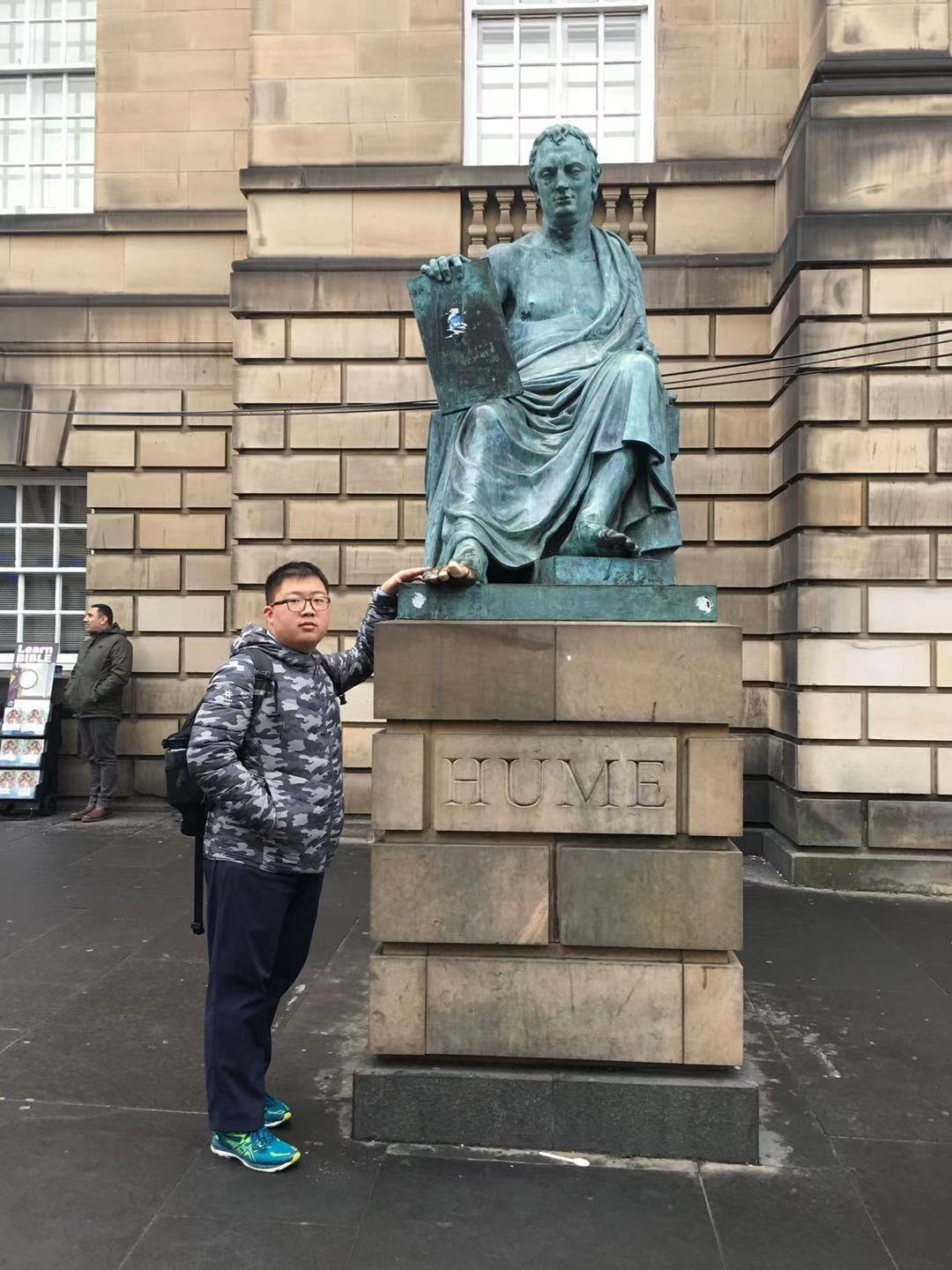