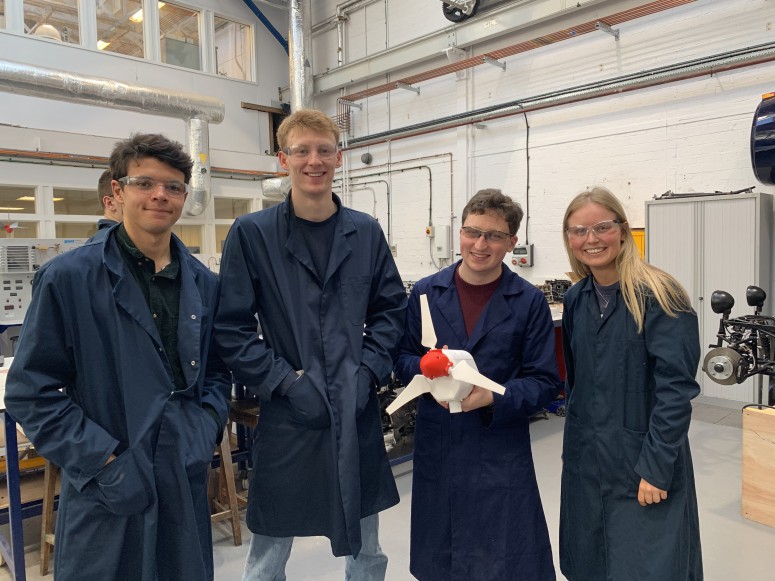 Welcome to the first in a new series of blogs from the Arcadia Scotland Center titled "Stories From Scotland". These blogs are going to feature past students who have studied abroad in Scotland through Arcadia with the aim of sharing their experiences and painting a picture of how varied and exciting studying abroad in Scotland can be.

If you are considering studying abroad in the future these blogs will give you a great insight into the positive, yet challenging, experience study abroad can provide and hopefully will encourage you to choose Scotland as your Study Abroad destination.

First up, it gives us great pleasure to feature Washington University in St Louis student Sam Manyak, who studied abroad at the University of Edinburgh in the Fall of 2019. 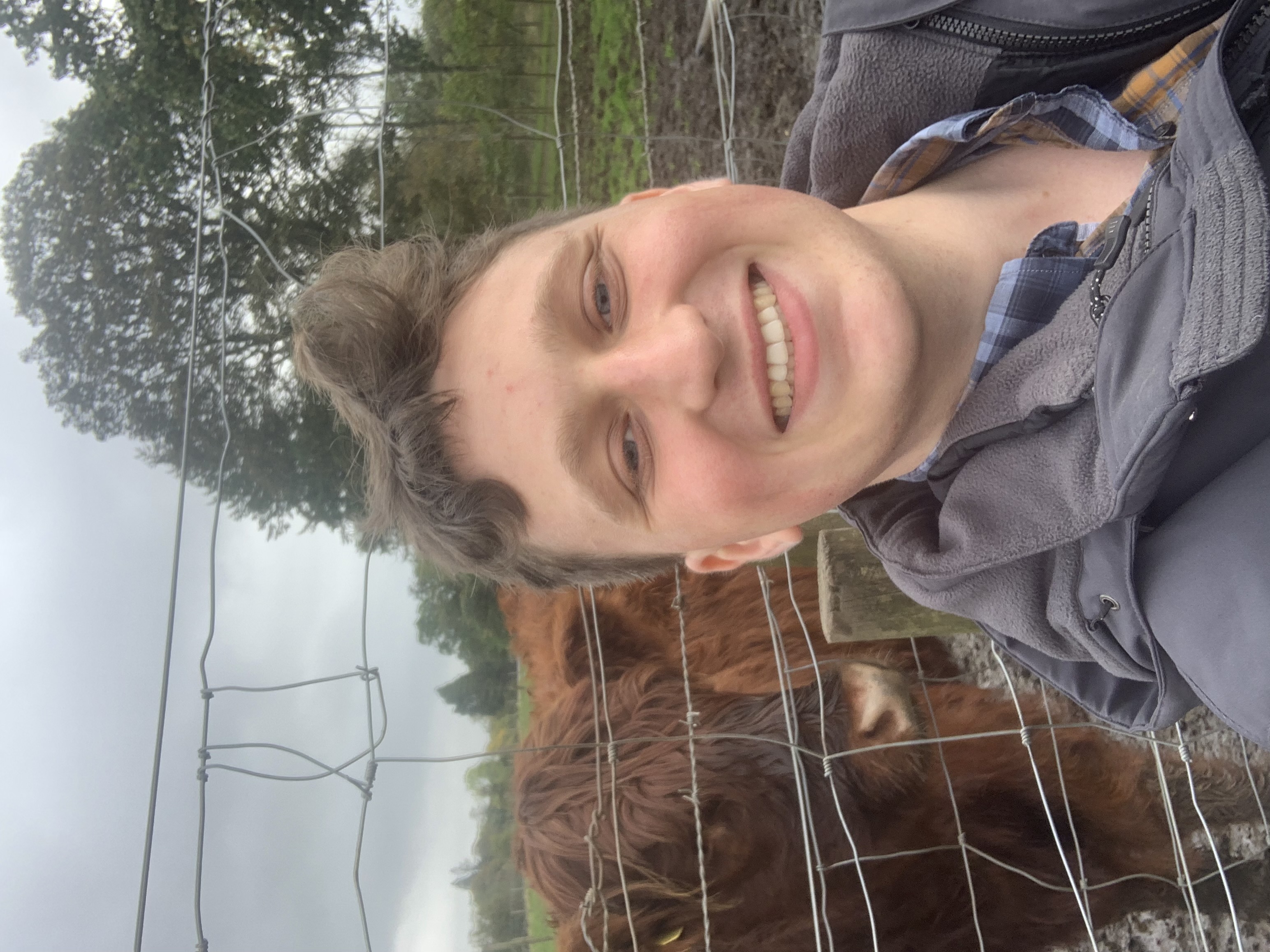 Why did you choose Scotland as your Study Abroad destination?

I’ve always found British culture and history really interesting and my home university already had an approved program set up in Edinburgh so I thought why not? I’d visited England and Wales but never Scotland so it was a good chance to see what was there.

What were your first impressions of Scotland when you arrived?

The first Scottish person I met was my cab driver and he was quite lovely and that trend continued once I met all of my flatmates who were equally as wonderful. You guys (Scots) drink a lot! But no, everyone was wonderful and the accent takes some getting used to.

Has anyone said you’ve picked up a Scottish twang since returning?

Absolutely not. They ask me to do the accent but I end up sounding Australian!

How was your settling-in process?

I moved into a first year accommodation (Sciennes) as is pretty standard with Study Abroad. I was a little older than most of my flatmates but surprisingly I found that wasn’t a problem. My flatmates included an Italian, a Glaswegian and another American from a different Study Abroad programme. I still talk to them almost every day; they are wonderful people. Even though we didn’t study the same stuff they became the core of my friend group and introduced me to other people. 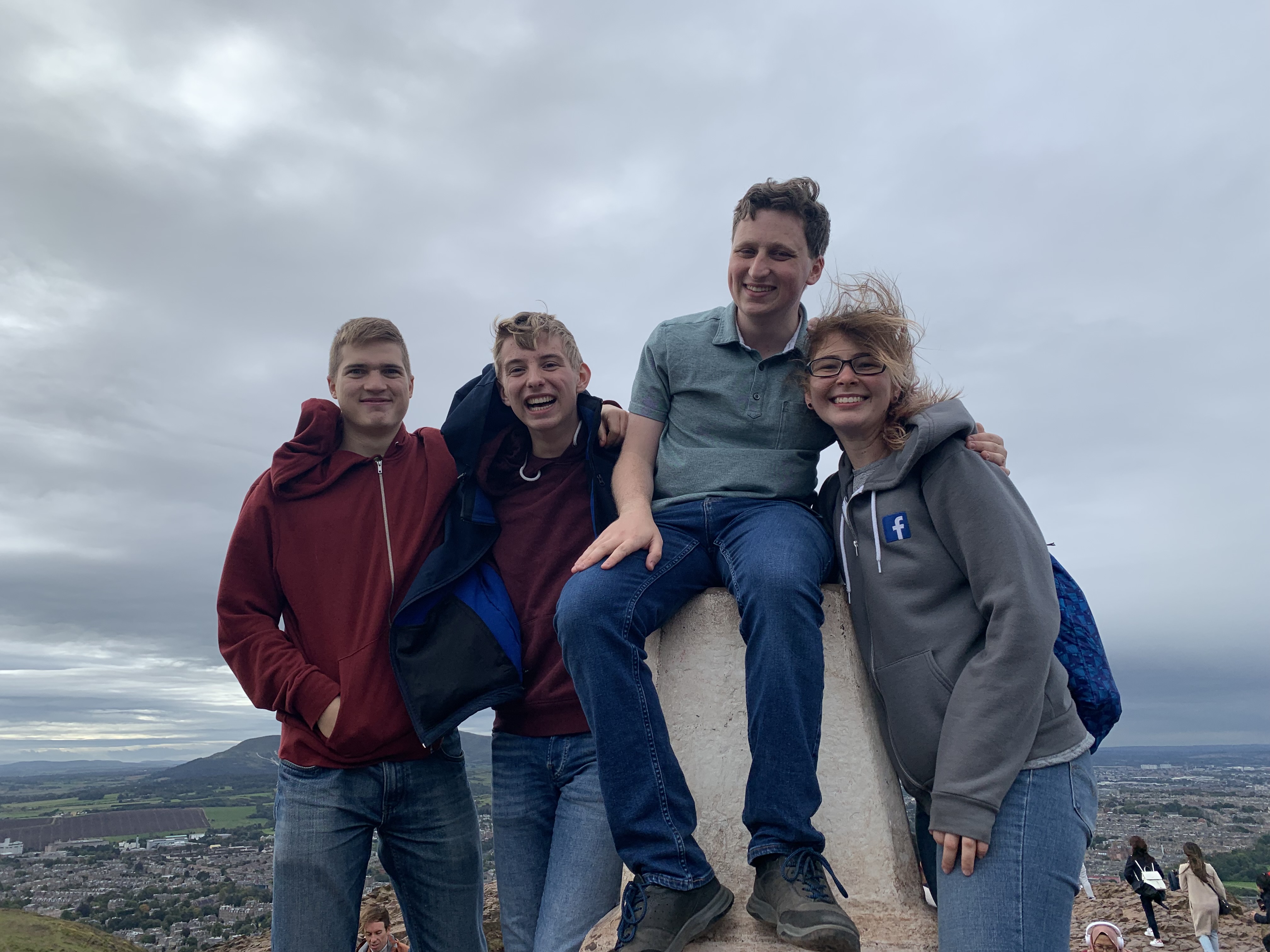 The flat had 4 bedrooms, one shower and one toilet. The kitchen was decent enough and the heating worked. The complex had a common room downstairs with a pool table where most of the socialising happened. We had a tradition every day to play pool around 6pm before starting our work for the evening.

What about the location?

As an engineering student at King’s Buildings, Sciennes was great as it was halfway between each campus and directly on the shuttle route and also right on the Meadows which is a great place to walk with loads of shops.

What were your classes at Edinburgh like? Did they differ from what you were used to back home?

I’ll start with the big differences; you don’t have any homework, you don’t have any attendance requirements or check-ins. Basically you do what you will for the semester (probably should be studying) and then at the very end you have one huge exam that counts for a large chunk of your grade. That was a big difference. In the US it’s kind of forced revision, “mid-terms” and weekly hand-ins. In Scotland, while the Professors are great at teaching, Office Hours aren’t so much a thing unless you make them a thing so it’s not expected that you show up but if you do they are pretty happy about it.

How did you cope with the pressure knowing so much of your grade rested on the final exam?

In my experience it was a lot of pressure. As a visiting student you don’t have to take the same courses as a local student would for their degree so their exam schedule is pretty spread out. I took some 2nd year classes, some 3rd year classes and some 4th year classes so I had 4 exams in 5 days which was not fun!

When you got your final grades back did they differ greatly from what you got at your home school?

The first semester...yes. It’s an adjustment for sure. The second semester I adjusted and they were slightly better than what I normally got.

Did you join any Clubs or Societies at Edinburgh?

Yes; I joined the University of Edinburgh Gliding Society (not hangliding, it’s where you’ve got a plane and they catapult you into the air; it’s a lot of fun) and was briefly elected President at the very end of the year. I still keep in touch with everyone from the Society and I’ve been trying to get into it back in the US. It was so much fun and a great opportunity to meet new people and see Scotland from above. 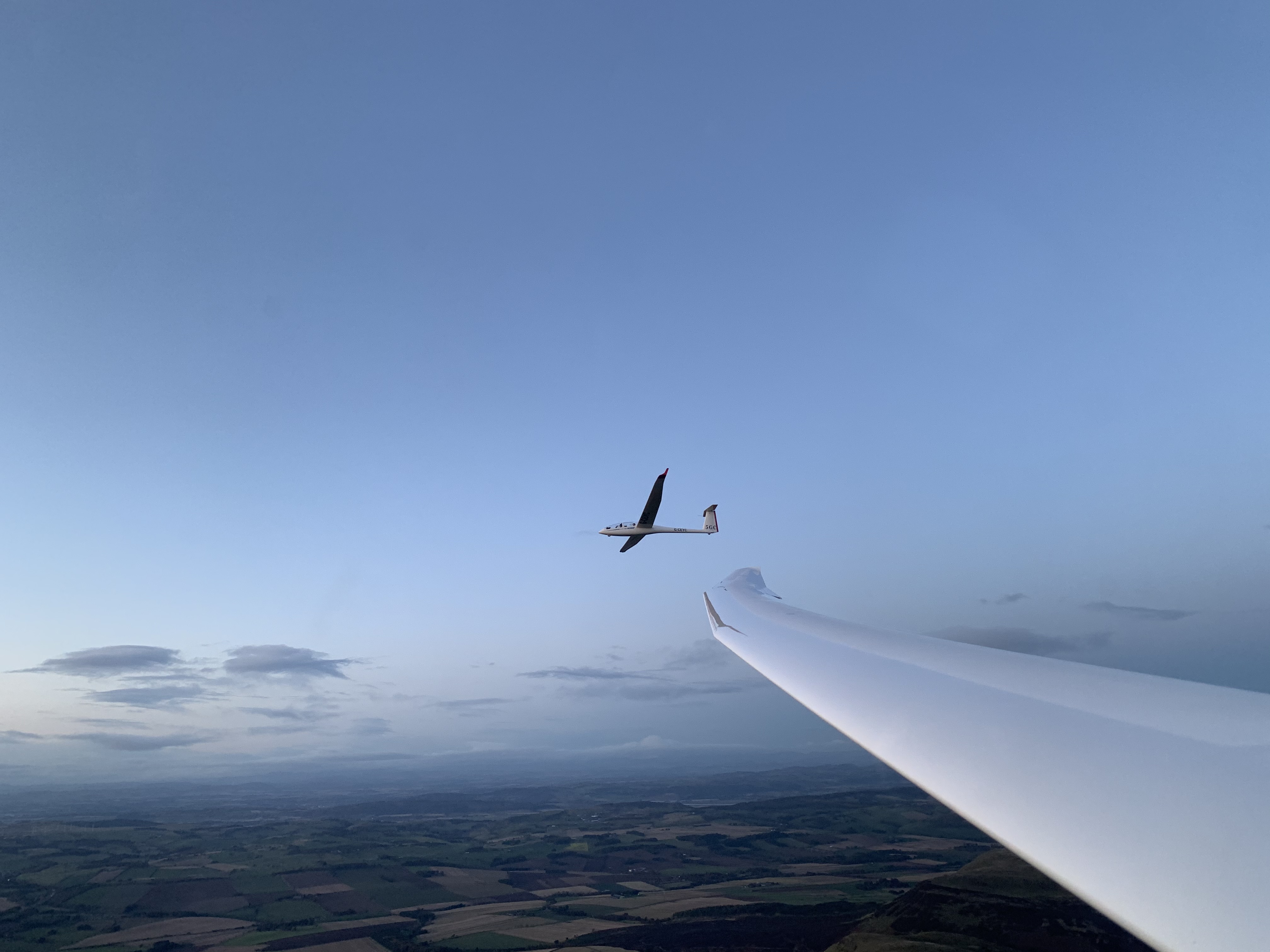 Why this Society? Had you done this in the past?

Well, you go to the Society fair at the start of term and there’s just so much to look at. I figured I can join the Movie Club back home so I may as well try something I can’t get there. I signed up for all of the most unusual ones I could find but ended up sticking with Gliding.

Was joining the club affordable?

It’s not something I can afford in the US but it was at Edinburgh. The University owns their own Gliders and instruction and extra insurance were included in the joining fee of £60.

Is joining a Club or Society the best way to meet local students?

Yeah; it’s one of the best ways. My friends primarily came from my accommodation and the society.

Meeting local people was definitely easiest during Fresher’s week in Fall. Most of the people I met that week were International students but if you put yourself out there and look beyond the Americans in your initial group it won’t be hard finding local friends and I would recommend it.

Did you take part in any of the Arcadia organized events?

Yes, in the first semester. I went on the Oban trip and the Ireland trip. It was a great time to meet other Americans. It sounds weird but when you spend so much time surrounded by Scottish students you miss the American accent a bit; when someone says pants you know what they actually mean! 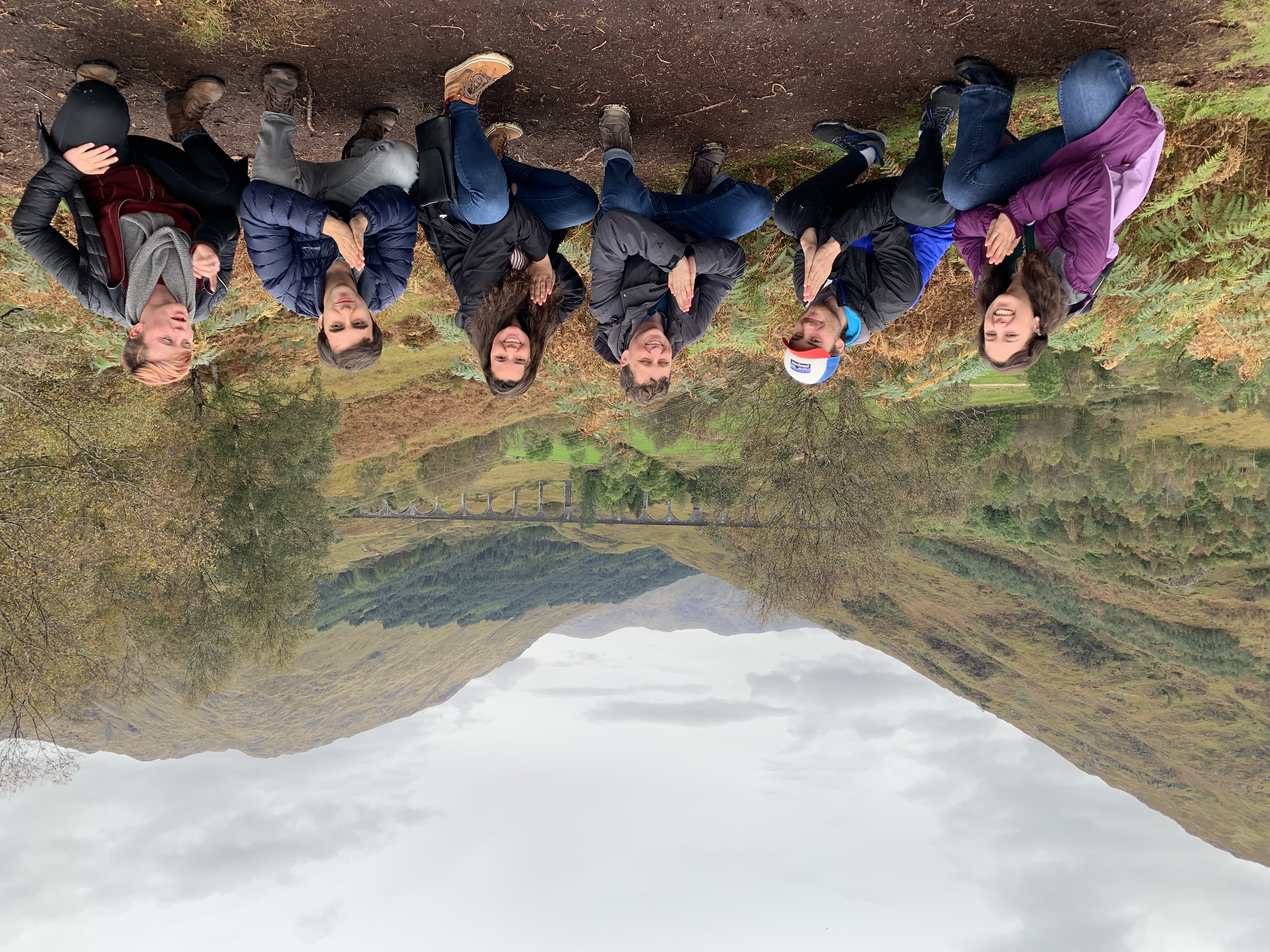 Would you recommend the Arcadia events to future students?

Yes; they’re by no means your only option to do these things but they are conveniently timed because Arcadia knows your schedule and they are affordable. It’s a good way to do it.

What did you find most difficult about studying abroad?

Other than the crazy exam schedule which I can only blame myself for, the accents are interesting. There are so many accents! It takes a couple of weeks to get adjusted, I couldn’t pronounce the name Euan (“Yoo-an” for those that don’t know and also a very common Scottish name). Everything else was pretty standard.

What did you learn most from your experience?

Apart from the standard learning about English and Scottish history and culture, it’s going to sound cliche, but I learned to be a more international person. Even though the US is big it’s very much its own bubble and a singular culture. In the UK you’ve got the different nations but even with them each has its own subsets which are so different from each other. The University of Edinburgh is very international so it was a great place to meet people who have had different life experiences and you realize the things you take for granted back home are different from what they do.

How will Study Abroad help you moving forward?

I just started a new job in Boston and the entire team is British! Studying abroad was one of the reasons they hired me. During my interview they saw that I studied abroad in Scotland and said “you were the one that built that wind turbine for that class; perfect, you’ll get British humor - you’re hired!”. I do intend to go back to the UK for Grad School and now that I’ve lived there I want to go back. 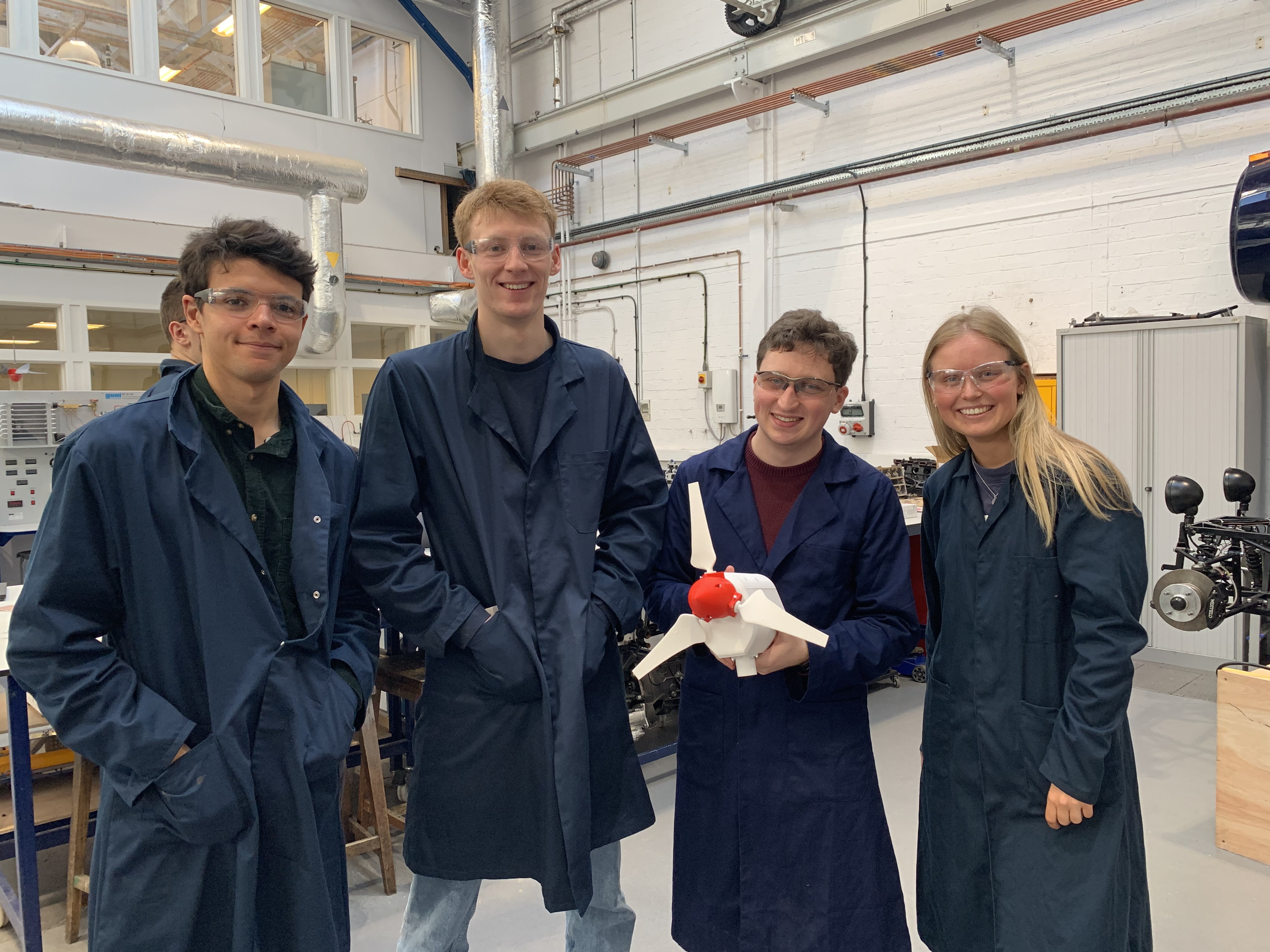 Finally; why would you recommend future Study Abroad students study in Scotland?

Scotland is a great mix of living in a small city that has everything but you also have access to the mountains and Highlands. The people are wonderful and the culture is great and there is so much to learn. Deep-fried Haggis and Mars Bars are great!

You can check out my interview with Sam here: