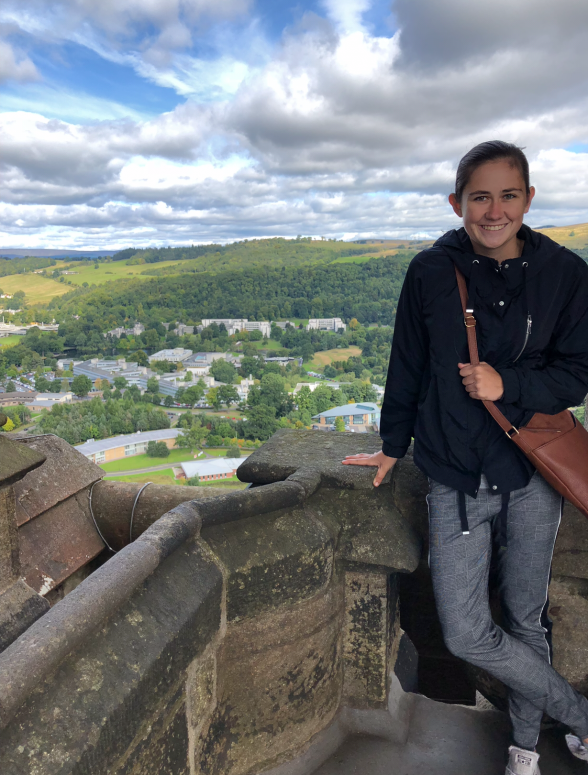 This week in Stories from Scotland Alumni we are delighted to showcase one of our very own Arcadia University students, Emily Brown. Emily participated on the the First Year Study Abroad Experience programme and spent her first ever semester as a university student studying abroad at the University of Stirling. Emily talks us through her unique experience and the incredible friendships she made by joining the University of Stirling football team.

Hi Emily, can you introduce yourself for the readers quickly?

I’m Emily Brown, a Junior Psychology major at Arcadia University. I studied abroad in my first semester ever of University through the Arcadia FYSAE (First Year Study Abroad Experience) programme in Fall 2018 at the University of Stirling.

Thank you, so why did you choose Stirling as your destination?

I really liked the idea of being at a University rather than a satellite center only because I wanted to be fully immersed into someone else’s culture and not just be an extension of Arcadia. And it allowed me to make some of the best friends I’ve ever had.

What were your first impressions of Scotland, and Stirling, when you got there?

I remember being so excited. We came into Edinburgh and I absolutely fell in love with the city. We’d previously been in London but it was just skyscrapers and new buildings and Edinburgh was the old, classic Scotland that I hoped for. I’m not really a city person but Edinburgh doesn’t feel like a city, it just feels like another home.

When you got to Stirling where you would be staying for your semester, what were your impressions then?

I absolutely love Stirling; it’s the perfect size, smaller than Edinburgh, perfect for a university. I remember hiking up to the Wallace Monument and being so excited to be able to see over all of Stirling and how beautiful it all was. Stirling University has my heart still, I absolutely love it there. 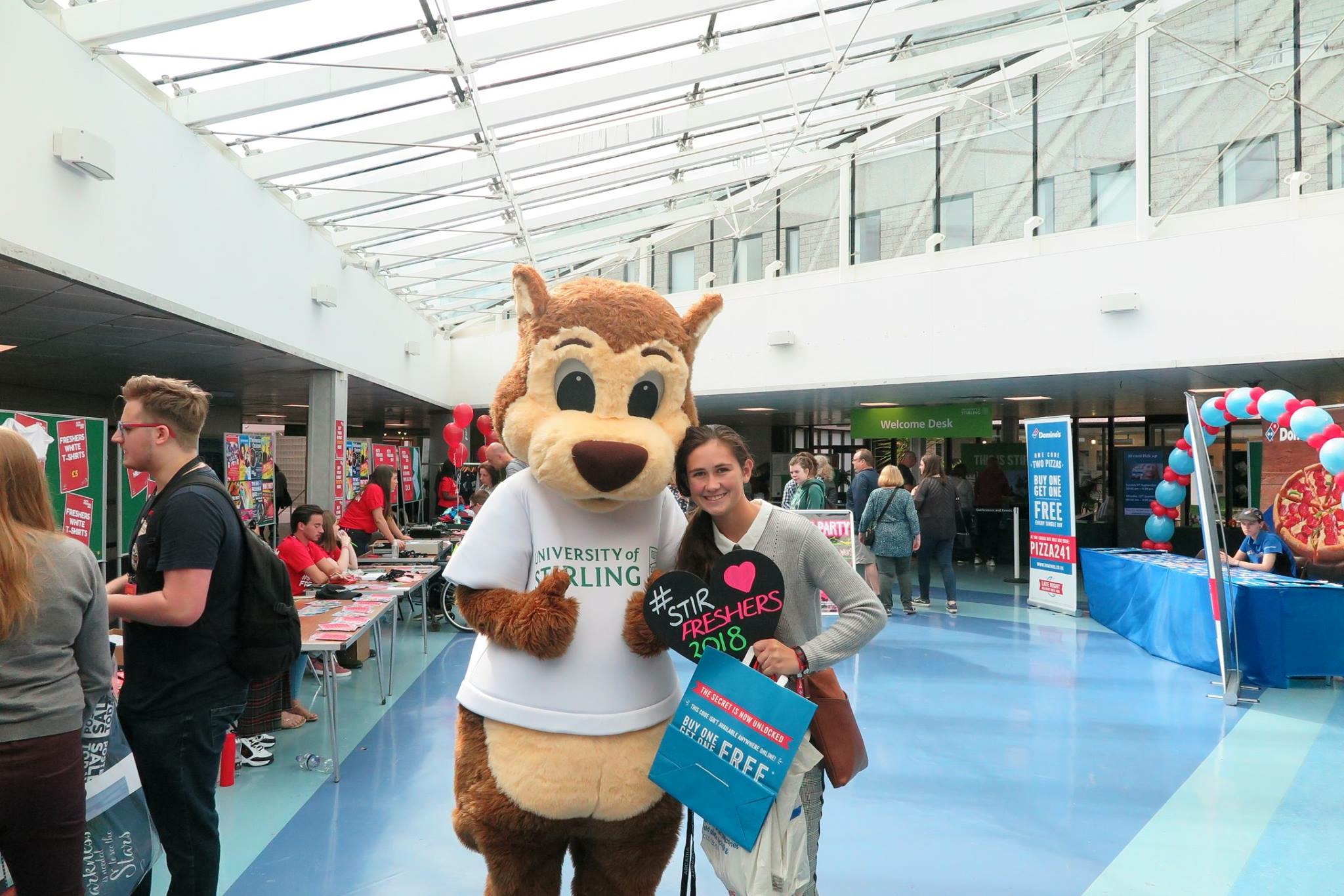 As it was your first semester as a University student and also studying abroad, how did you find the adjustment experience?

It was super easy for me. I’m very much an extroverted person so I did not struggle with that at all; I threw myself into everything. I joined the football team (proper football, not American football) there and I made sure not to just stick with other people from the programme but to make as many friends with people from Scotland, England, Norway, evrywhere I could; I have connections from all over the world now because I wanted to make sure I’d made genuine friendships while I was there.

I lived in Alexander Court; I absolutely loved it. I loved the idea of living in a flat, having my own kitchen and cooking. I became best friends with one of my flatmates who was from England and we still talk nowadays. I loved staying in my apartment there. She was on the cycling team so we had similar schedules; up by 6am, having late nights in the library, dancing to Mamma Mia on the living room table (a classic student experience)

Can you tell me a little bit about the location of the accommodation as Stirling is one of the few Universities with campus based accommodation and how it suited for getting to classes and exploring the city?

You could hop on the UniLink bus (discounted cost for students) which would take about 10-15 minutes to get to the centre of town where you could do your grocery shopping. It was about a 15 minute walk to classes, past the castle on campus. I liked the walk; I had to be up early for football practice and it was a nice little walk.

How were your classes at Stirling? How was your academic experience?

I think I really excelled at it because in Scotland you are in charge of making sure you do your readings. Lectures were broad overviews of the topics and you were expected to do further readings and then go to your Seminars and discuss your findings. The lectures were big but that didn’t bother me and I still knew my Professor, especially in my Intro to Sport class. I’m a classic overachiever so I wanted to make sure I was doing everything I needed to do to make sure that my grades reflected what I was capable of. I ended my semester Firsts (equivalent of A’s) in all my classes because I put in the time, going to the library or study zones.

Can you break down the academic style a little bit in terms of lectures, labs and tutorials?

You had lectures which were normal classes then seminars would be smaller based classrooms where it’s more integrative learning; focussing on the key points like in Philosophy that’s when we’d have group discussions whereas lectures would just be teaching us the key principles. You had lectures once a week and labs once a week so less contact time.

One big difference in Scotland is your final exam being worth up to 60% of your final grade; how was that for you?

That was definitely a shock when I saw that! Knowing that it was worth so much I knew I couldn’t wait until the last minute to plan the papers. Talking to my friends in different years and having them review my papers helped. Starting early and doing the readings is essential.

You’ve mentioned the football team already but was that the only club/society that you joined at Stirling?

My biggest recommendation is to get involved with activities and the community on campus. Joining the football team was the best decision of my life. I made 23 sisters who I absolutely love and still talk to. It allowed me to travel around Scotland for free, outside of the joining fee which is a bit different from the US, but it was the best money I spent. We went undefeated during the season and we ended up winning the Scottish Cup in the Spring, it broke my heart that I wasn’t there for that but I am so proud of that team. 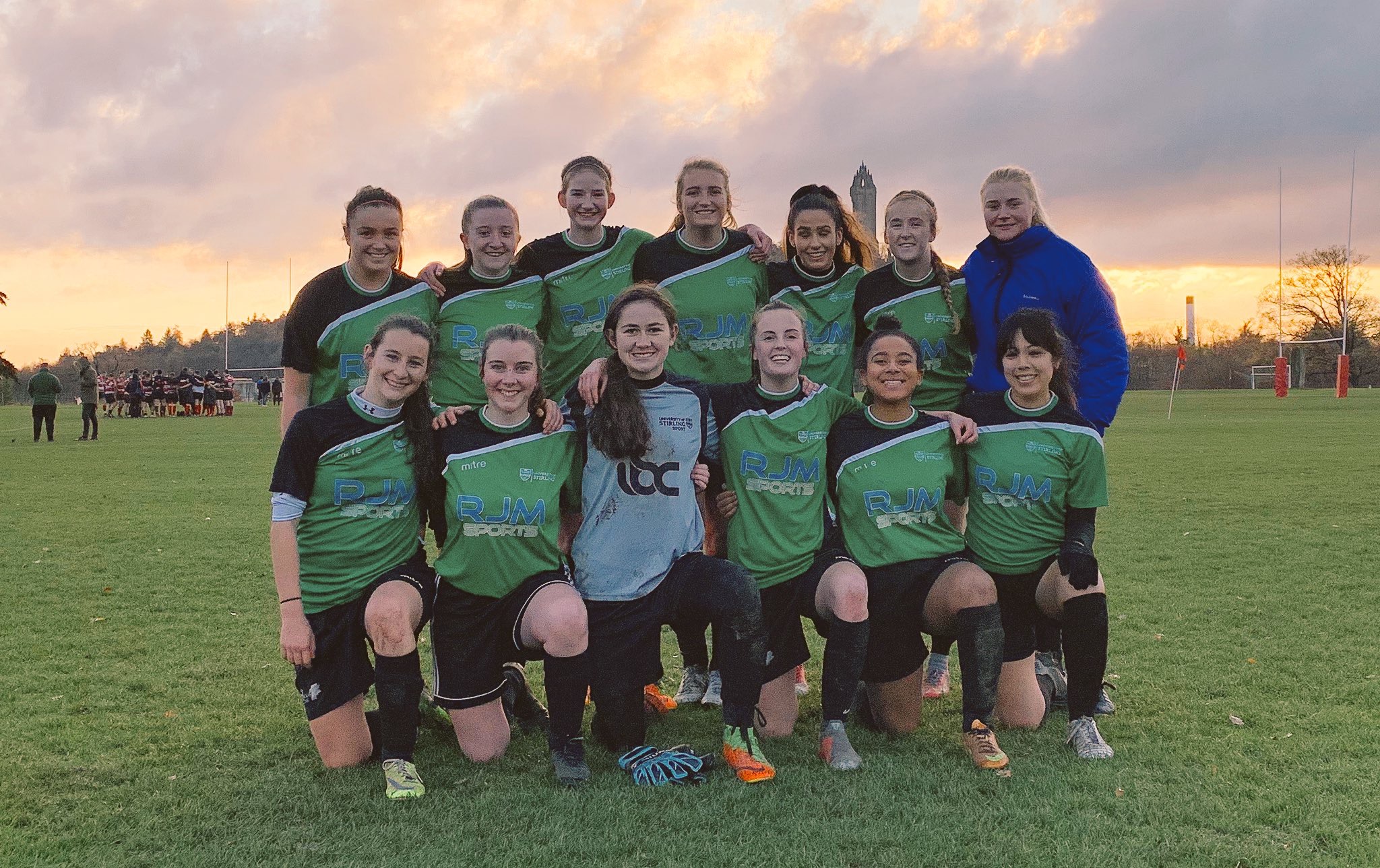 Was it quite daunting to join the team?

It’s definitely daunting during the try-outs but I immediately clicked with all the girls.

Obviously Collegiate sports in the US are a huge deal, how did playing in Scotland compare, were the facilities comparable with the US?

Was joining the football team the easiest way to meet local people?

Yeah. I also met people through classes and my seminar groups. I still Facetime people from Scotland and made lasting impressions.

Did you participate in any of the Arcadia events during your time in Scotland?

I was on the Highland games day which was so much fun. On the way back we stopped at an old castle that had an apple orchard so we loaded up my backpack and made an apple pie when we got home that night. Arcadia does a great job with the excursions but I didn’t get to go on as many as I wanted to because I was on the football team. Everyone I spoke to who had been on one loved them. 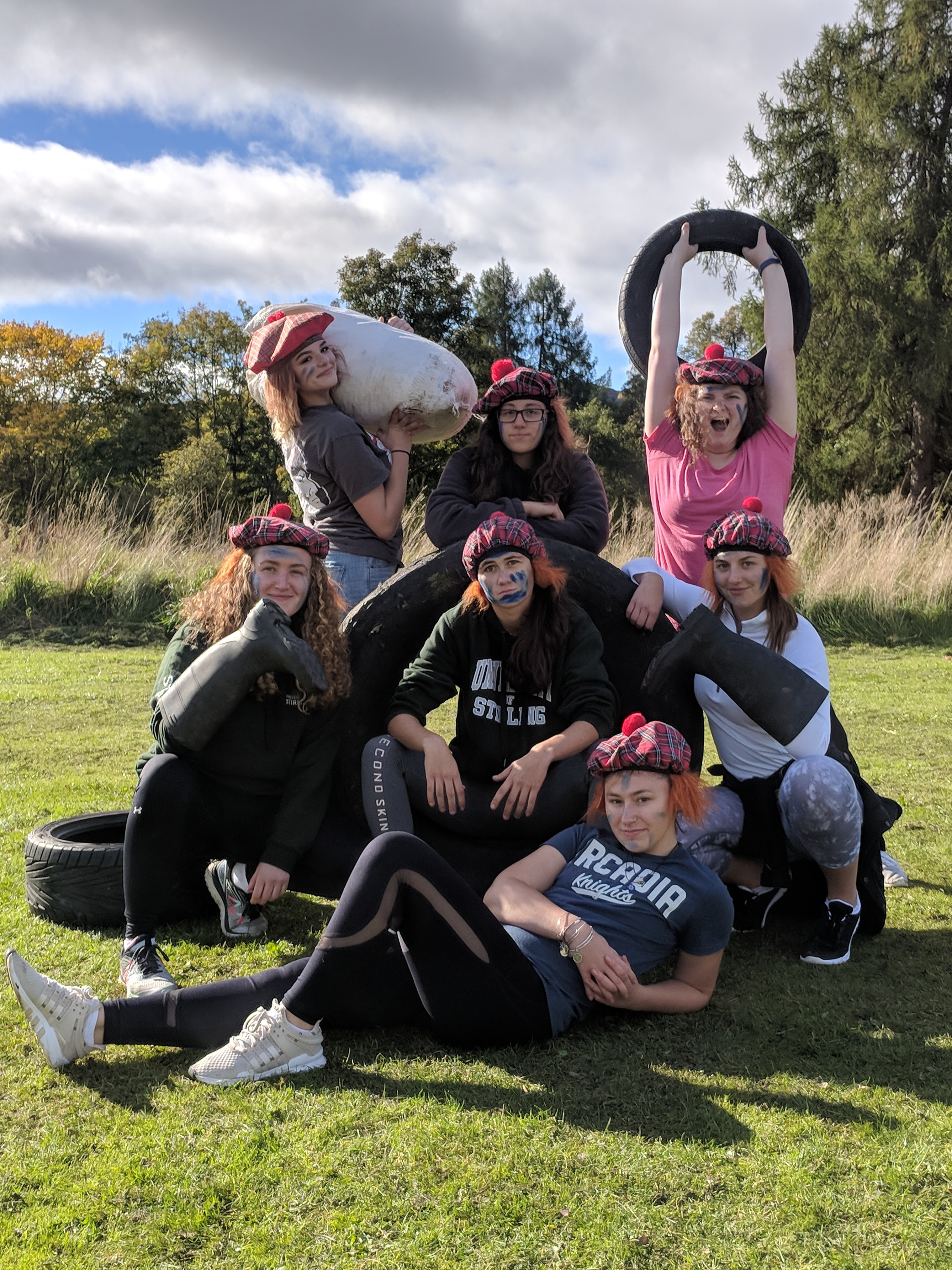 How did Arcadia help you through your study abroad experience?

Absolutely wonderful. We all loved the Edinburgh Center and everyone there was great. We always knew that if anything came up we could reach out to the staff at the Center.

What, for you, was the hardest thing about studying abroad?

For me it wasn’t that hard; I was so excited to go abroad and really wanted to do it. I did a two week trip during high school and knew that as soon as I was in College going abroad was something I wanted to do. I think in general the hardest thing is putting yourself out there but once you do it, it is worth it.

What did you learn most from your study abroad experience?

I learned how independent I could be. You are your own person and you can travel the world on your own and that’s pretty eye-opening and exhilarating.

It’s been a couple of years since you studied abroad; how has that helped you since returning home?

I think it definitely showed me all the possibilities in life; if I can study abroad during my first semester of College then I can do anything. I wouldn’t be on the same path as I am if I didn’t study abroad in Scotland. I do think it was a life changing experience and it’s not like I have one moment where everything changed, just overall as an experience, Scotland changed who I am for the better

Finally, why would you recommend future Study Abroad students come to Scotland?

I was thinking about this the other day for a class where we had to talk about our favourite place we’d visited. I could name 5 different places that come to mind but for me Scotland isn’t a place I studied abroad in; it’s a place where I found my second home because I know I can go back and be with friends who are like family. I think it’s just the coolest country because it has a little bit of everything.

You can check out my interview with Emily here: