This semester, it has been a delight to welcome our students back to Scotland and take them on the cultural learning that is so much a part of the Arcadia experience. We have been arranging day events to all different parts of Scotland to explore different aspects of Scottish identity and some with a focus on the environment. Our first event was a trip to an activity center in the Highlands of Scotland to connect students to the beauty  and nature of Scotland through physical activities from biking, hiking to canoeing on a beautiful loch. 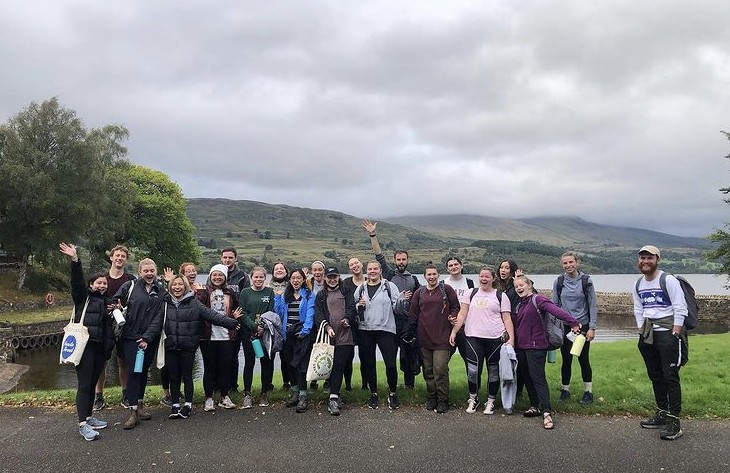 Our next event, the Highlands day trip, ran two coaches to keep numbers low on the coach to make them more comfortable for the students as we mitigate for covid. We ran one coach one way round Scotland, and the other, the other way - waving as we passed in opposite directions on a narrow road high in the Highland scenery above Loch Tay.

Our first stop was to castles. Laura headed to Dumbarton Castle on the west coast (after a pick up in Glasgow) and Hamish and the students headed to Stirling Castle (after a pick up in Stirling for the Aberdeen University students). Hamish gave a history lesson on the esplanade and the importance of Stirling as a location for the history of Scotland - especially during the wars of independence in the late 13th early 14th Century.  We were first in the castle and had it almost completely to ourselves. 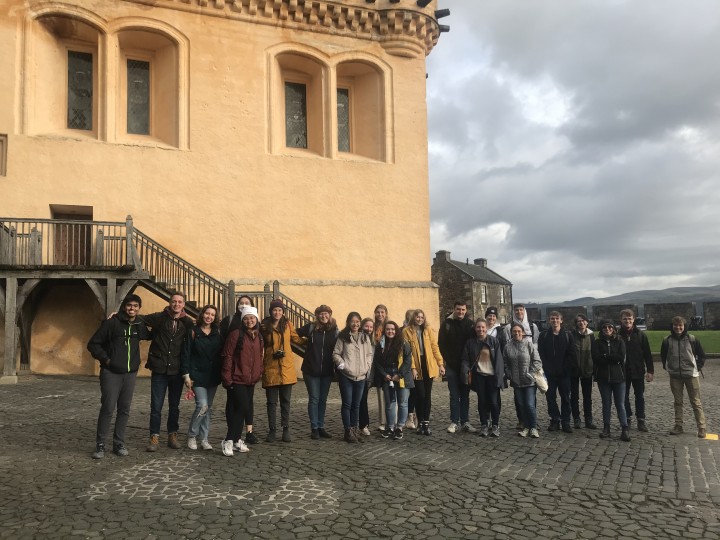 “Arcadia’s Highlands day trip was incredible – it is hard to compare the Highlands to any other place in the world, as its beauty is unique and striking. I particularly enjoyed our time at Stirling Castle, the “gateway to the Highlands.” Our group received a brief history lesson on the castle esplanade regarding the importance of the site at various points in Scottish and British history. As someone with an interest in history but not a wealth of knowledge of it from a Scottish standpoint, it was great to have some orientation to the site’s historical context before going inside to explore.” Drew Warner (Furman University) 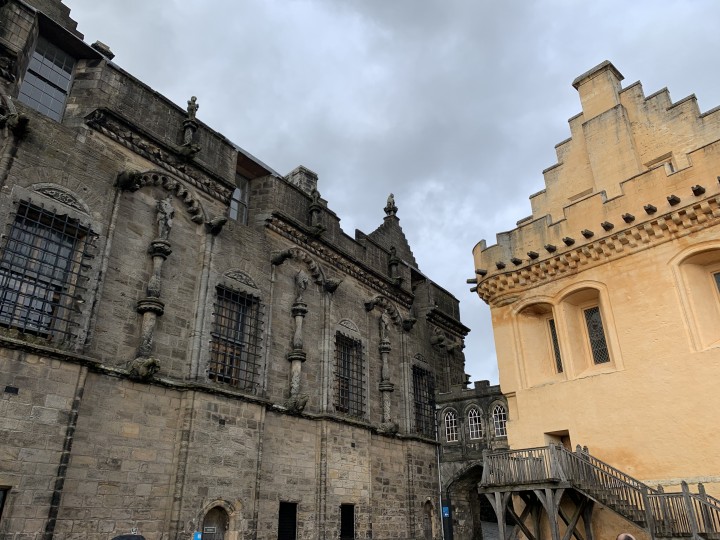 Next was the hydro power plants of Scotland.  Glasgow is hosting COP26, possibly one of the most significant political events of the year and for our, and following generation’s future as the countries of the world attempt to work together to face the challenge of the climate crisis the world is facing. Laura headed to a viewpoint of Loch Lomond which overlooked the Loch Sloy hydro plant and Hamish headed to the Pitlochry Dam that has been generating hydro power in Scotland for over 70 years - part of a complex that has been generating electricity from the force of water (Scotland has plenty of this) coming down the glens (we have plenty of these also) for over 90 years. 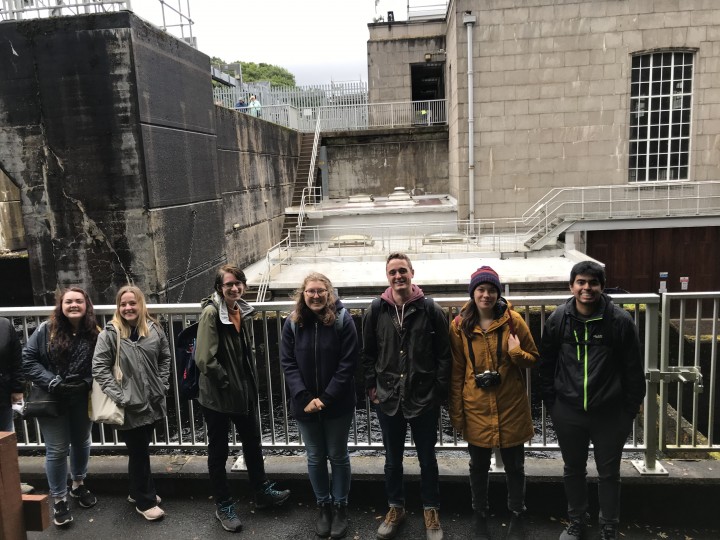 Jason, on Hamish’s coach, has a special interest in the environmental impact of dams on communities and kindly wrote his own blog - see more here!

“In Pitlochry, 4,000 salmon on average pass through the Pitlochry Dam each season.  When the dam was initially being built, the government wanted to make sure that the dam would not decimate Salmon populations on the River Tummel and in turn destroy the fishing and tourism industry around it.  Alongside building the dam, engineers also added a fish ladder, designed specifically for the dam.  The ladder consists of multiple pools for the salmon to swim up, designed to allow salmon to bypass the dam.  Salmon are able to jump between the pools of water, and the ladder maintains a current so the fish know which way to go.” Jason Wilson (University of Colorado - Boulder)

Next stop were lunches and the beautiful viewpoints of Loch Tay and the Falls of Dochart. My coach was lucky in that the sun peeped out from behind the clouds and gave us fantastic light and even a rainbow! 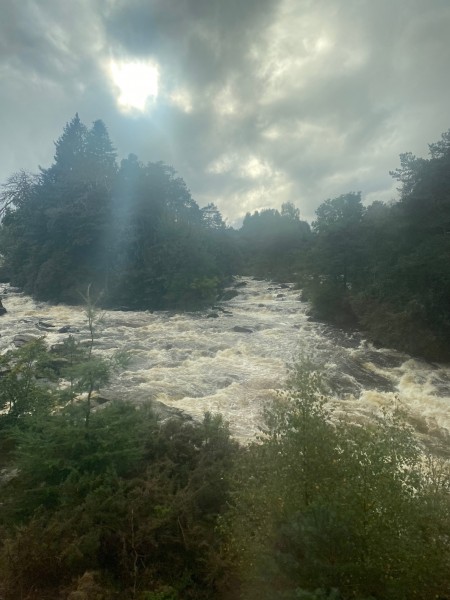 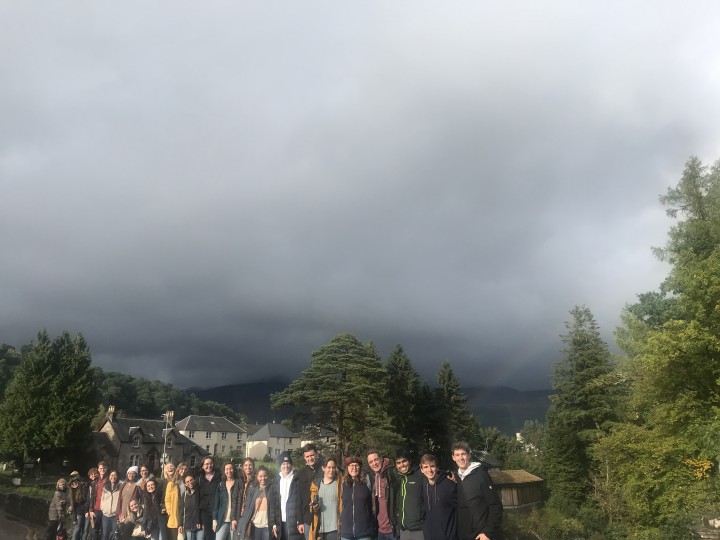 Laura’s coach headed on to Blair Castle for a quick tour of this lovely house, full of history and with some wildlife in the gardens. 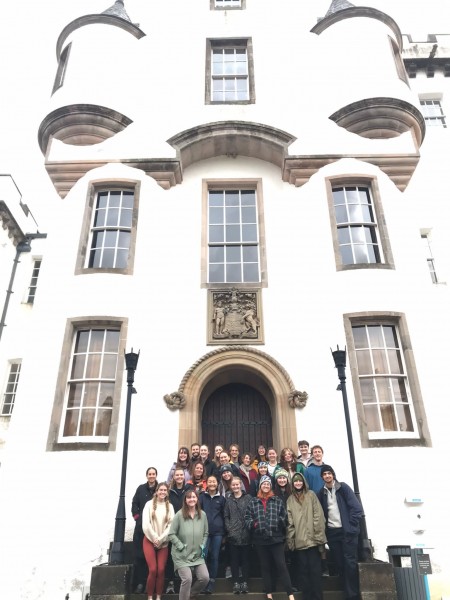 Hamish headed on on to meet Honey and Hamish Dubh (a different Hamish) the Highland coos. 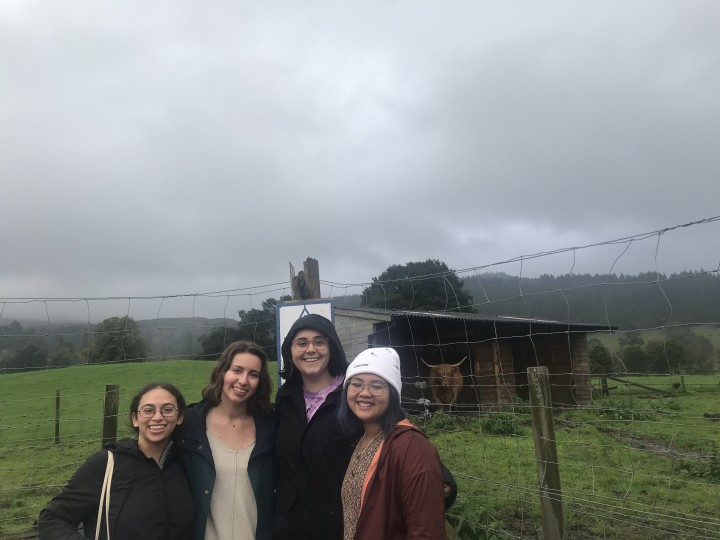 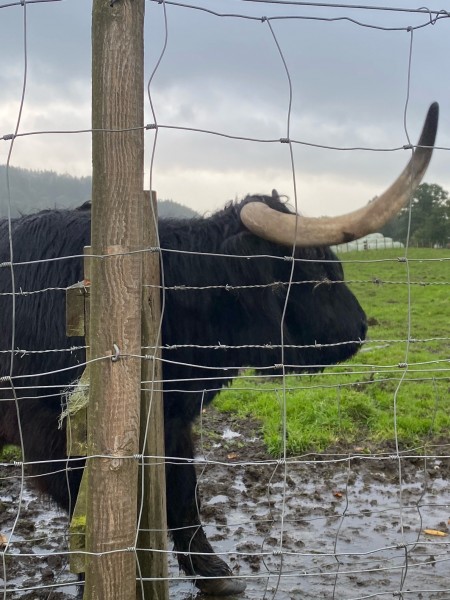 Some sheep made a special appearance and we headed home. Laura headed back after a quick stop with a view of the spectacular bridges that cross the Firth of Forth - a rail bridge from the early 20th century - an engineering marvel and 2 amazing suspension bridges, the first from the mid 20th century and the second a bridge constructed very recently in the early 21st Century. 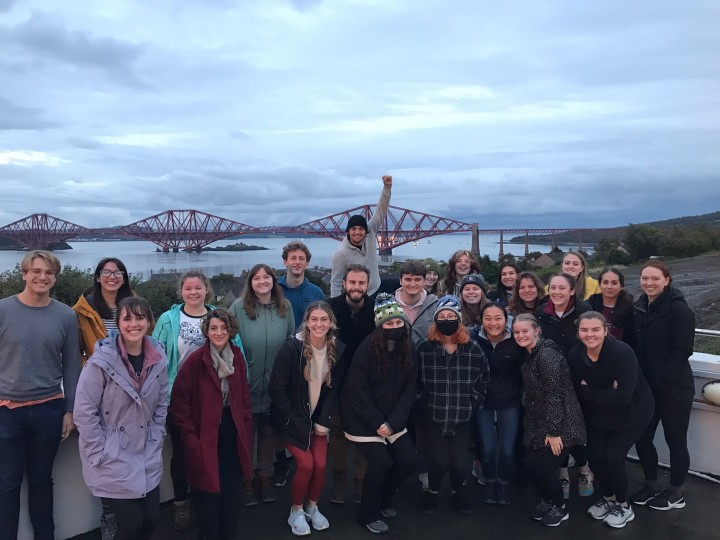 The next day event we ran was to Glengoyne whisky distillery to look at how Scotland’s important industry works with the environment to create such a distinctive drink. 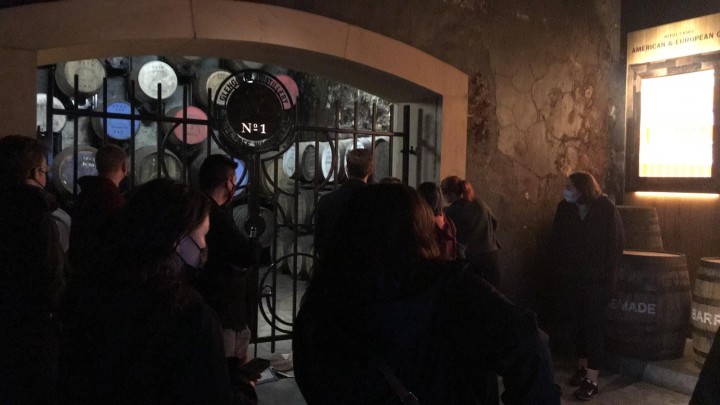 This was followed by lunch in a country park with a castle and ended with a visit and a tour of Whitelee Windfarm, the largest onshore windfarm in the UK and the second largest in Europe. Despite the irony of Scotland’s huge hydrocarbon industry from North Sea oil and gas, Scotland has tremendous potential in renewable energy industries from the hydro (we saw on the previous event) to tidal to an abundance of wind. In 2020, 97% of Scotland’s gross electricity consumption was from renewable sources. Debate still rages about whether to expand North Sea hydrocarbon production or to continue to invest and focus on the earth saving energy resources that are so bountiful in Scotland. The Green Party holds national power in Scotland (for the first time in the history of politics in the UK) through a partnership with the Scottish National Party, so it will be interesting to see what direction Scotland goes in over the next few years both in terms of the environment and our constitutional identity. 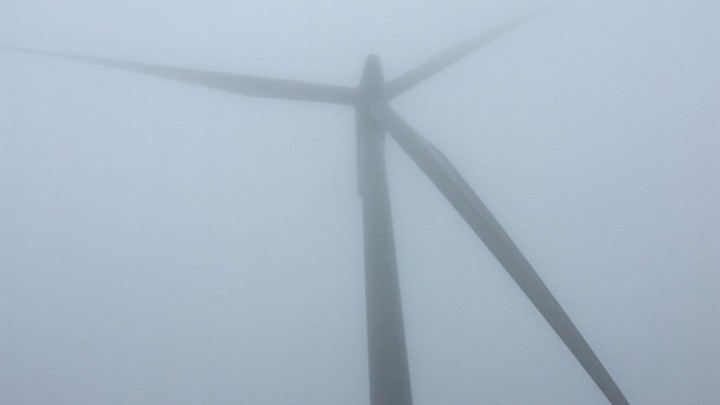 For the rest of the semester, we will be running a literature and history event down to the Scottish Borders and a trip back to the University of Edinburgh Firbush activity center (again we are keeping numbers low on each event to do our part to help protect Scotland from the pandemic as we move to open up society due to the very high vaccination rates in the community). 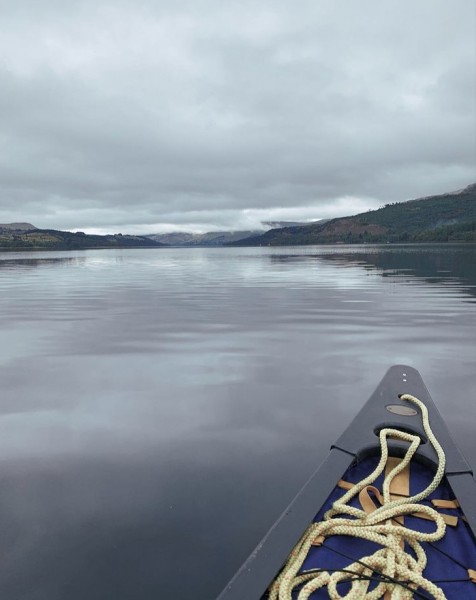