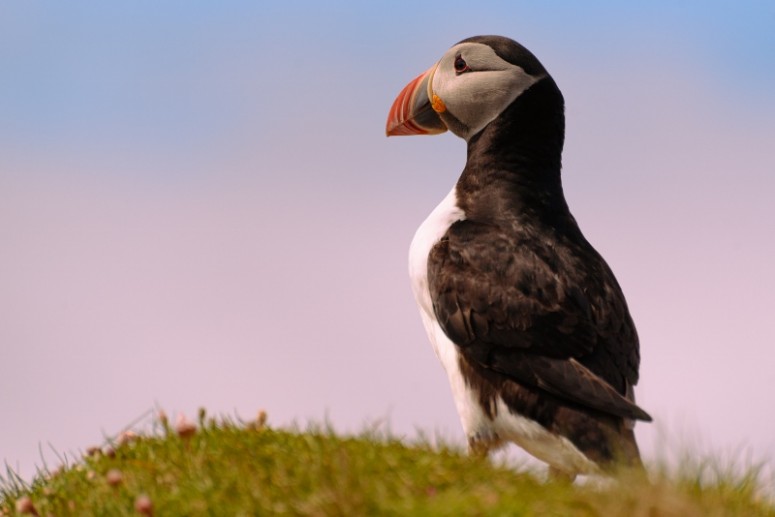 The following reflections and photos are from Eli Pettet (University of Colorado - Boulder) who studied for the last academic year at the University of Stirling through Arcadia Scotland. He was finally able to really travel around Scotland to the remote islands for his final few weeks as vaccines rolled out and restrictions were eased. We have loved Eli's fantastic photos as he has traveled all around Scotland, making the most of staying local and seeing all this beautiful country has to offer. THANKS ELI!

" My time here is wrapping up. Summer courses have started. The days are (incredibly) long, warm, and humid. The sun never really goes away anymore, the stars only begin to twinkle for an hour around midnight, but the soft blue in the north persists.

Over the past month, I have gone to all the best places in Scotland. We began as a small group of four on the Isle of Skye for three days. After thoroughly exploring the area we took a ferry to Harris on the outer Hebrides, walked to the wee isle of Scalpay (population 30) and stayed in a most definitely haunted bothy.

We then returned to Stirling for a whole 24 hours. After the short but much-needed rest, A much larger group of six headed out to Shetland on the overnight ferry from Aberdeen. The way there was rough, waves crashing over the bough for 12 hours. Knee buckling up, nearly weightless on the way down followed a deafening bass drum crash as 5-meter waves slammed into the (admittedly large and robust) ferry. Nearly all in the group were viciously ill for the majority of the ferry ride.

Once on Shetland, it became apparent how strange a place it was. A time machine took me back at least 40 years. An island of primary farmers living off of their livestock and what little edible flora grow 6 degrees south of the arctic circle. Life there is immeasurably harsh. The nearest formal hospital a 2-hour plane ride away. Winds of over 200 miles per hour often strip the island of everything taller than a blade of grass. small cars, trampolines, sheds and some homes are all held down by lengths of cable and massive 200-pound cast-iron fishing weights and anchors. Thousands of birds call Shetland home living on the massive 100-meter call sea-cliffs. the archipelago is as geologically intriguing as it is ecologically robust." 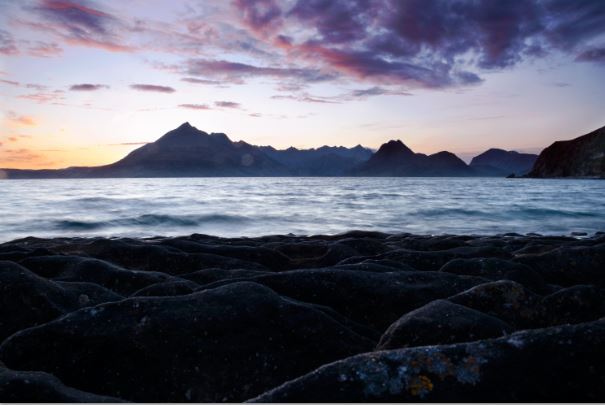 The Cuillin hills make up the grand mountain range on the isle of Skye. A 900+ meter circular ridge jutting right out of the sea. The Cuillins are a 60 million-year-old 88 square mile volcano. The ridge is composed of the sharp basaltic flows that remain after the softer sedimentary rock that comprised the majority of the volcano eroded away. Standing atop the ridge you can easily identify the volcanic chambers and the central rounded batholith that comprised the core of the mighty volcano. 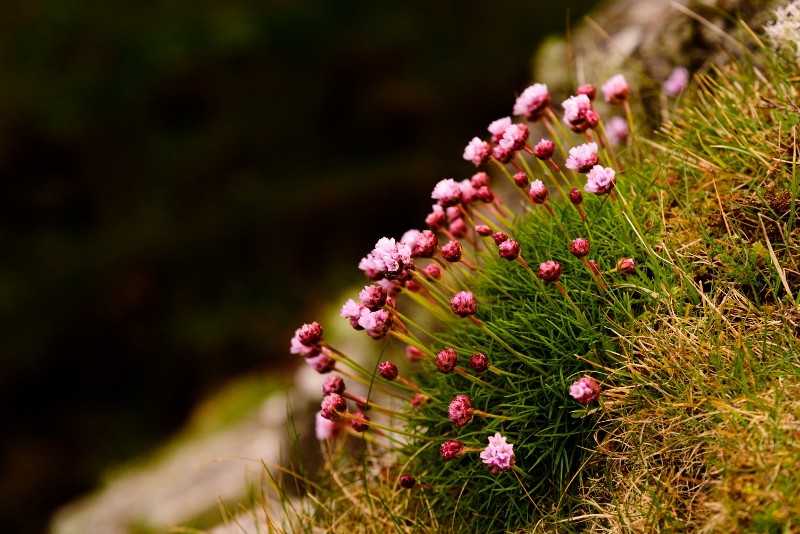 The small yet beautiful spring flowers on Scalpay. 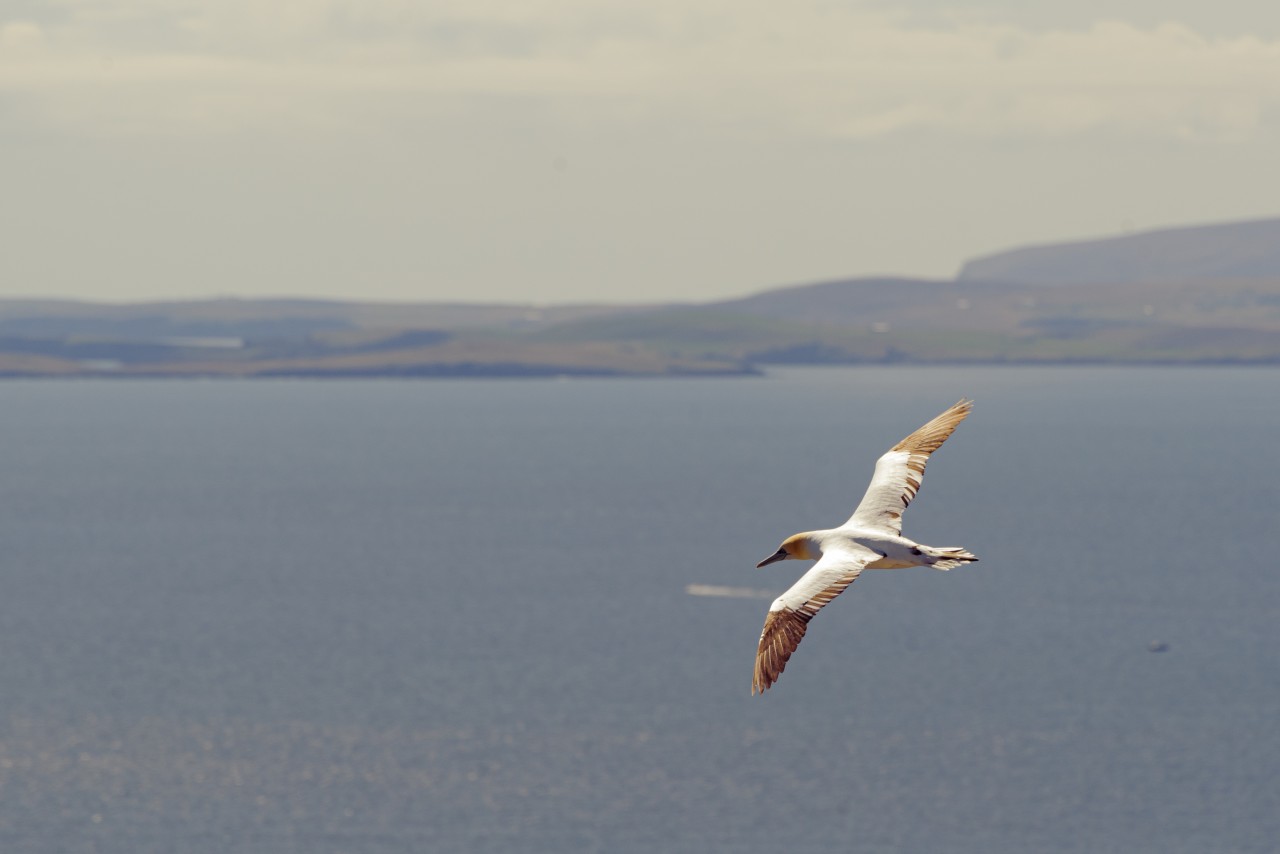 Beautiful fishing birds off of the heavily protected Noss nature reserve on Shetland. 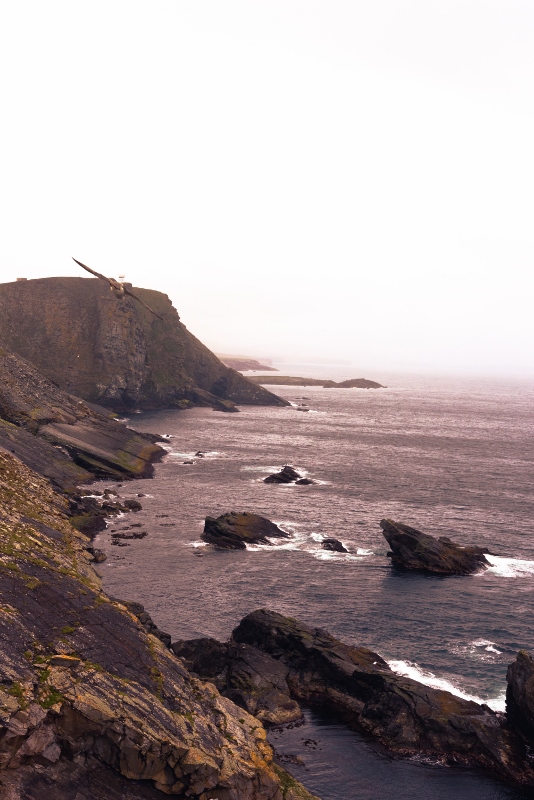 The most southerly point of shetland, where the island dissolves into the sea (looking north back toward the "mainland"). 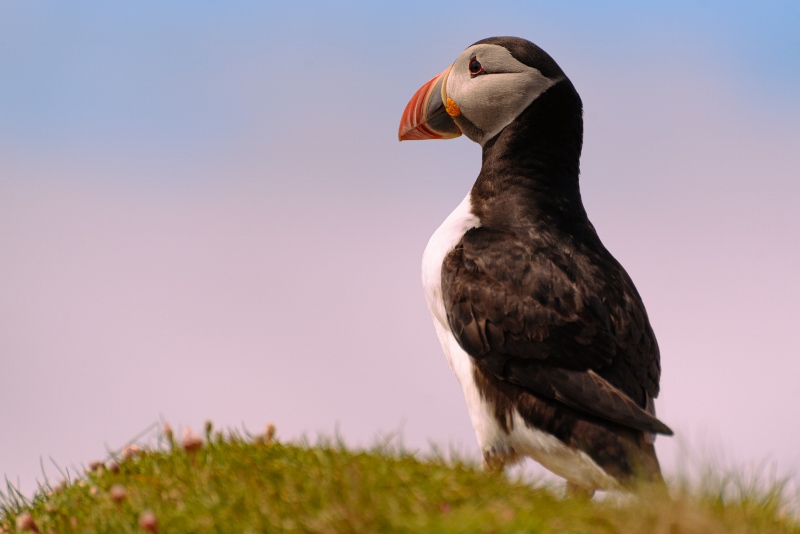 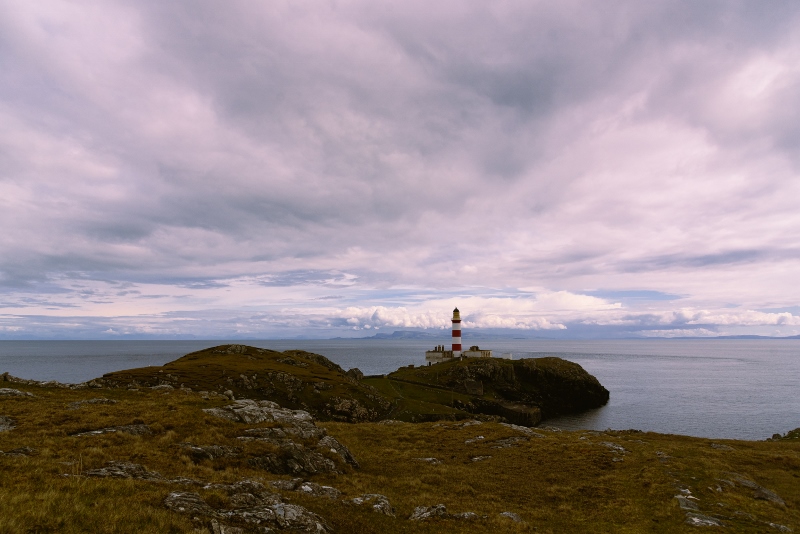 The bothy on Scalpay is tucked against the hill just to the left of the abandoned and very creepy lighthouse complex. Photo is taken looking south toward Skye. 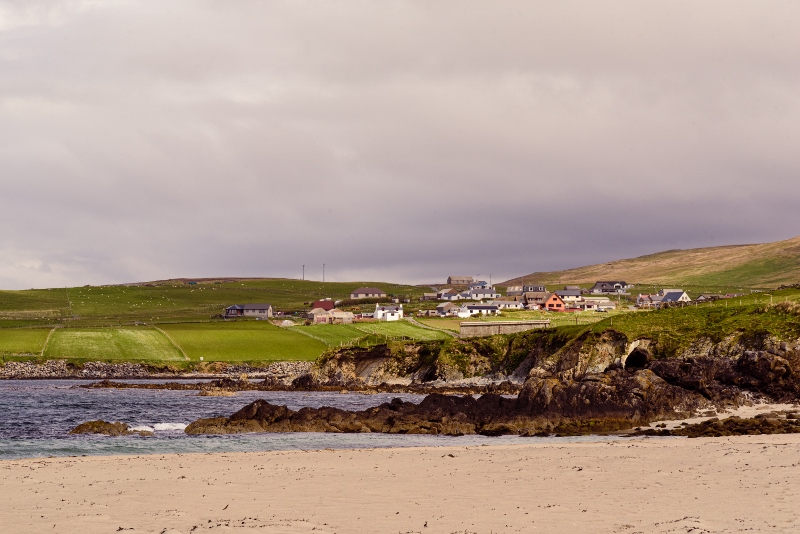 The towns on Shetland are small and often situated next to northern and eastern hills to block the harshest southern and westerly winds (note sheep). 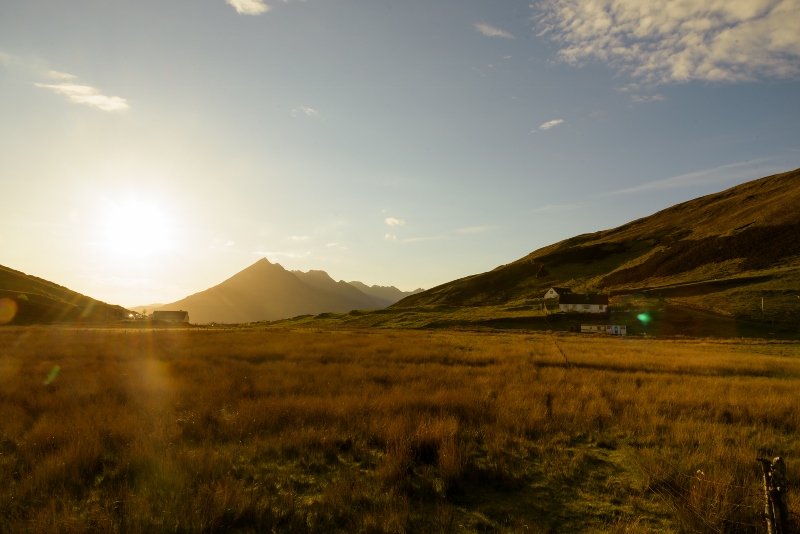 The view from just outside our accommodation. Note the older glaciated valley in the foreground with the (relatively) newer volcanic Cuillins' dome in the background.