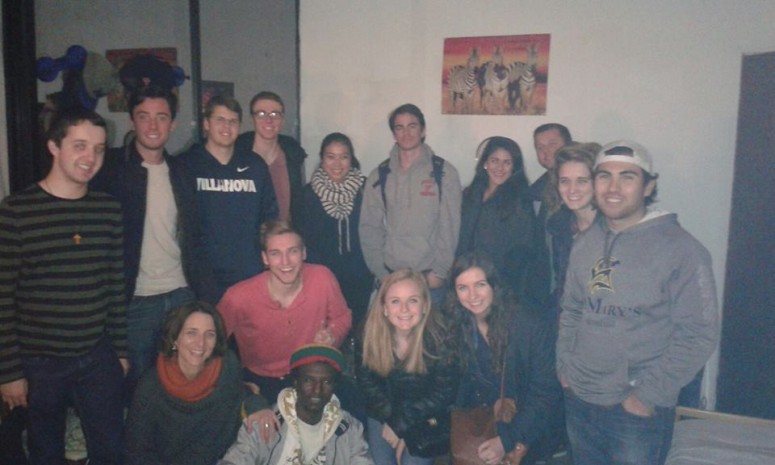 Once upon a time, the Eurostar Roma Congress Hotel was an elegant, business-oriented hotel in the neighborhood of Tor Sapienza, in the eastern part of Rome. Following the economic crisis and the decay of the industrial district, this gigantic structure was abandoned and it soon became the target of dozens and hundreds of homeless people, both migrants and Italians, that struggle every day to achieve "a standard of living adequate for [their] health and well-being...including food, clothing, housing and medical care and necessary social services" (art. 25 of the Universal Declaration of Human Rights).

The hotel was occupied on December 6th, 2012. Since then, this “multi-ethnic building” has been hosting more than 200 families coming from all over the world: Africa, Latin America, Eastern Europe, Asia. In a moment in which the encounter between different cultures has become a matter of international security, in which migrants continue to risk their lives to reach Europe (trying to escape hunger, war and poverty), in which Italy has to face this human rights emergency every day, two classes of Arcadia University, The College of Global Studies – Rome Center visited what is now known as the “4 stars hotel" of Tor Sapienza. A name which has become iconic, thanks to the award winning docu-movie by Paolo Palermo and Valerio Muscella.

The students had therefore the opportunity to meet some people living in this self-managed structure who, in spite of poverty and distrust, accepted to tell them their stories and shared with them coffee and fresh made "Moroccan bread”, cancelling in a second any fear of "the other".

Prof. Vicky Kynourgiopoulou ("At Home in Rome") and Prof. Stefania Gialdroni (“Human Rights in Historical Perspective"), accompanied the students. The idea behind this and other similar projects is to propose a learning by experience approach even (or especially) with reference to the most dramatic and pivotal problems of today's globalized world.

This is also the very approach of the Rome Summer Program* “A European Human Rights Crisis”, specifically thought to address the issue of migration in Italy - the geographical center of the Mediterranean Sea and therefore of migration routes -, combining philosophical and historical classes with on-site experiences. The Summer Program, which takes place in Rome and in Sicily, is organized and lead by Prof. Angela Condello and Prof. Stefania Gialdroni, in collaboration with A Buon Diritto NGO.

It is ignorance, not people, what we really have to fear.

*The deadline to apply for the Arcadia in Rome Summer program is March 2016.