What has studying abroad ever done for us? Our past students share their experiences 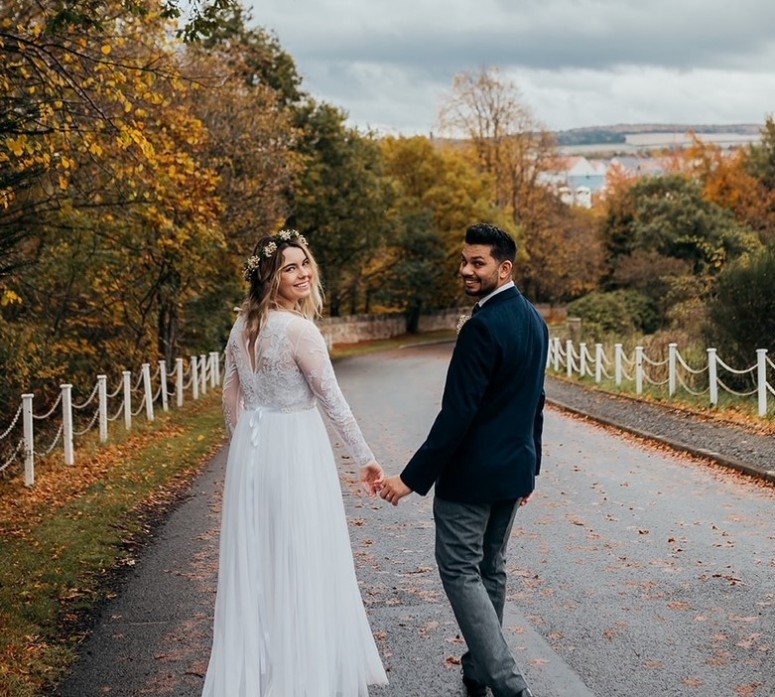 Our students do all sorts of wonderful things during their time in the UK, and we love seeing their photos, hearing about their adventures and watching them flourish in their studies. But what happens next? What impact did study abroad have on our students’ lives once they returned home? We spoke to some of our past students to find out.

Students study abroad for all sorts of reasons. Almost always there is a desire to travel to a new country and explore new cultures, or see some of their “bucket list” attractions. Some students choose destinations where they have family or ancestry. For others, the main draw is the opportunity to work at a relevant internship - those looking to work in areas such as finance or marketing, for example, are often drawn to London. For still more students, the diversity is a major attraction, and this is especially the case with a big city like London. The students we spoke to reflected this. 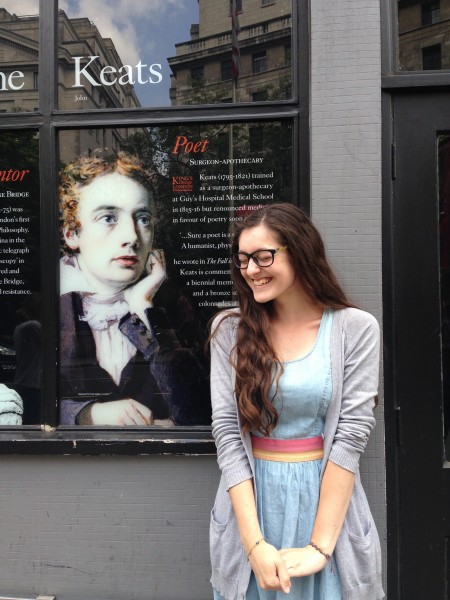 “Before I graduated high school, the closest I’d be to any borders was a weekend trip to Niagara Falls. The opportunity not only to study abroad with satellite university centers but to also complete semesters or short trips abroad without setting me back in my studies is what made Arcadia stand out amongst any other option,” says Emily Brenner, who was part of our FYSAE programme in 2018, and came back to intern in Parliament in 2019. For students such as Samuel Boden (Messiah College), also an intern (2016), studying abroad fulfils a lifelong ambition: “I always knew I wanted to study abroad during undergrad and take advantage of that unique time in my life to travel and see new things. After some deliberation about which program to choose, I decided on Arcadia in London because I wanted to be in a big, cosmopolitan (and English-speaking) city and take advantage of the unique internship program.” Jordan Cameron (FYSAE 2013, Queen Mary 2015) agrees: “As long as I can remember I always wanted to travel. Studying abroad was the first opportunity I had, so I knew I had to take it.” 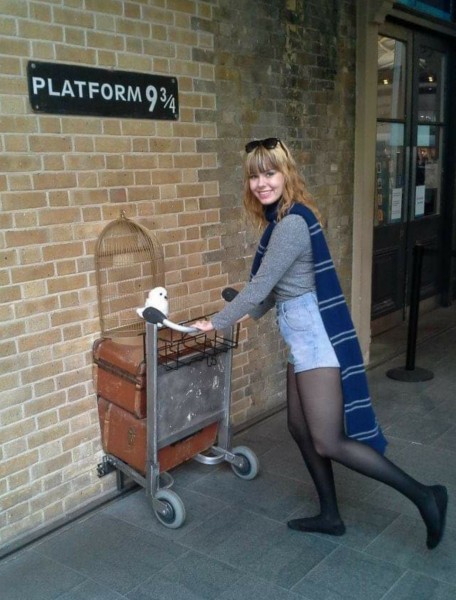 Nicollette Kabat studied here twice, on our FYSAE programme in 2012 and again at City in 2014. “As a daughter of Polish immigrants,” she says, “I never truly felt like I was an American even though I was born in the USA. I felt as though the Polish side of me stuck out more as we didn't know the American traditions of Thanksgiving dinner and Super Bowl parties. But when I would visit my family in Poland, I was always referred to as the "American cousin" because I just wasn't Polish enough! London was the first place where I felt like I actually belonged. Here, you can be called a Londoner not because you are from London but because you embrace the London lifestyle, which is a curiosity to explore and appreciate all things different and unique! The wonderful part about London is that it is a mix of people from everywhere around the world. In fact, a third of all Londoners are foreign-born and over 200 languages are spoken across the city. So, to answer your question, I was surprised that being a Londoner was easier than being Polish or American!” 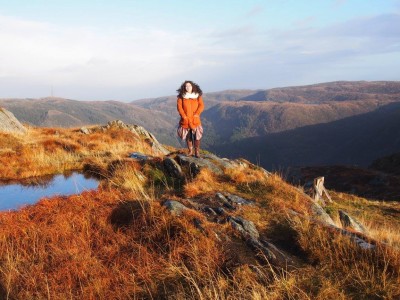 But does studying abroad live up to this initial excitement? It’s natural to find some aspects challenging. Homesickness is, of course, a normal reaction, made all the more difficult by the sheer distance from home, as Emile Vasquez (Arcadia) discovered, saying: “I was truly homesick, and at one point genuinely sick, and all my mother could do was talk me through it over the phone.” Nicollette has a few words of wisdom on the subject: “I did get hit with homesickness after a while. I longed for a stop to Panera Bread or a Target run, things that just didn't exist where I was at the moment. I think whenever anyone hits the homesickness stage during their time abroad, it's best to remove yourself from your moping situation. For me, I was remaining sad in my dorm room. So the first step was to remove myself from there and explore what London could offer for me that the US could not. It is always important to remember that homesickness is good, it means that you have things to look forward to when you return.”

Reverse culture shock is also a real - and often unexpected - issue that Mary Murray, an undergraduate at Arcadia who studied in the UK in 2018, suffered from this. She tells us: "  I think it isn't talked about enough, I struggled with (and still do to this day) reverse culture shock, or re-entry shock. After I came home from London, I struggled to readjust to life in the States. I felt more at home in London than I had anywhere else, and I felt like I could be my true, authentic self. I've taken that same sense of self and allowed myself to be that back home, but I still miss London more than I can describe. I actually cried getting off the plane back in Philadelphia because I was so sad to be home." 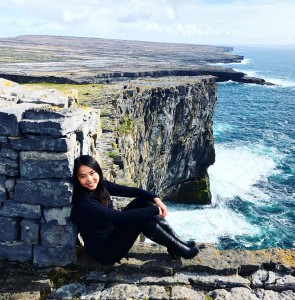 But even challenges can ultimately reap rewards: Elizabeth Smedley (College of William and Mary), who interned in London in 2017, says “One challenge was adapting to working culture in the UK. It's very different from the US. In the UK there's a better work-life balance and you don't feel like you have to work all the time.” Elizabeth later returned to London to pursue a Masters programme at the London School of Economics, and subsequently won a place on a graduate scheme here. Of her life now, she says: “Obviously my time abroad only confirmed to me what I already knew - that I would thrive living and working abroad!” 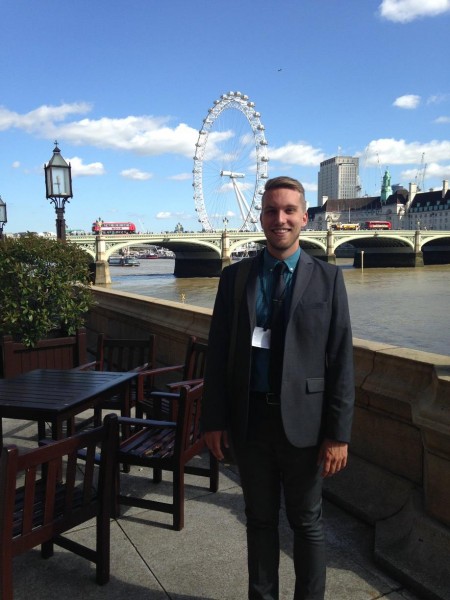 Elizabeth is not alone in finding that studying abroad helped shape her future career. Jordan is now working in printing and publishing for the National Parks Service, and says “I am currently pursuing a career in publishing, and I do think my time immersed in London and its literary world helped solidify my passion.” Others have gone on to further study, often influenced by their study abroad experience, including Samuel, who is on his way to Law School in the Fall. “My internship in parliament exposed me to the thrills and challenges of working in a political office and inspired me to go to law school. More broadly, studying abroad helped to give me the confidence that I needed to set out on this career path, realizing that I could succeed in a strange new environment with a bit of hard work and an open mind.” 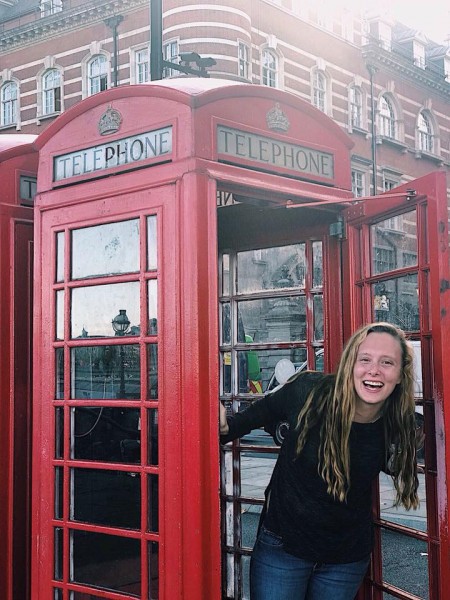 Many of our students have studied abroad more than once, often in multiple locations. These students often report that their second (or even third!) period of study abroad builds on their earlier experiences, often making them more confident and independent. Mary, who studied abroad in Australia before coming to London in 2018, and experienced culture shock while living on the Gold Coast, says her initial difficulties made her determined to make the most of her time in London: “I like to think my hardships in Australia prepared me for my semester abroad in London. When I got to London, I was full steam ahead, ready to go. I knew what culture shock was like and how I had prevailed over it, so I was more excited to indulge in the British culture and explore. There are so many highlights from this semester, mainly because I wasn't afraid to get out of my comfort zone anymore.”

For Nicollette, her tenacity and adventurousness in pursuing multiple study abroad experiences paid off: she met her husband here, and now not only lives in London, but works in Study Abroad herself! 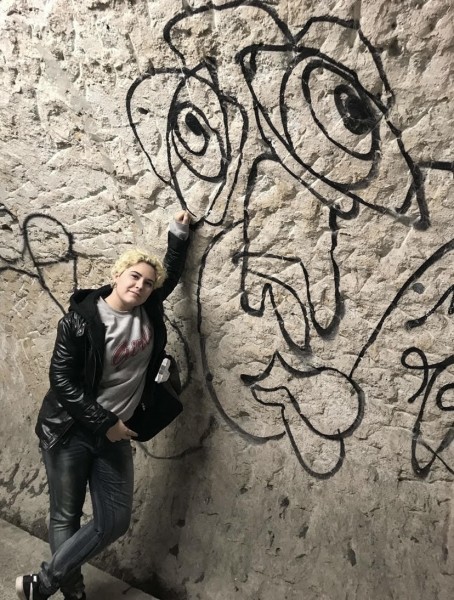 Thank you to Emily, Samuel, Jordan, Nicollette, Emilie, Elizabeth and Mary for sharing their experiences with us. We hope to bring you some more experiences soon!