The Meaning of the Poppy 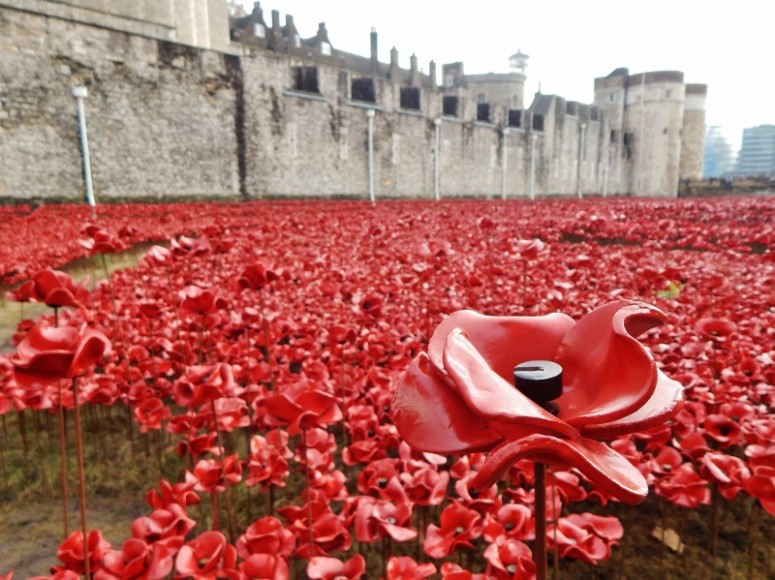 'And now the Torch and Poppy Red, we wear in honour of our dead…'.

You will no doubt have noticed a blossoming of red poppies on the lapels of people you pass on the street and see reading the news on TV. You may indeed have been “buttonholed” by poppy sellers outside stations. What are they collecting for and why?

At the eleventh hour of the eleventh day of the eleventh month of 1918 the First World War came to an end. In Britain, the staggering losses and sacrifices made during what was coined “The Great War” and, by President Woodrow Wilson, “The War to End Wars” are commemorated by two minutes silence on the 11th of November when workers in Parliament, government offices, and many other places of employment up and down the country stop and stand in quiet contemplation or prayer to commemorate the ultimate sacrifice paid during that war and wars since.

Buying and wearing the poppy doesn’t just channel funds into the care and support of veterans; it also has huge cultural and “public memory” significance.

There are also commemorative ceremonies on Remembrance Sunday (November 13th) and money is raised by the selling of poppies in support of the UK equivalent of the VFW – the British Legion. Buying and wearing the poppy doesn’t just channel funds into the care and support of veterans; it also has huge cultural and “public memory” significance. Two years ago – the centenary of the outbreak of WWI in 1914 – the moat of the Tower of London was filled with nearly one million ceramic poppies; one for every British & Empire soldier killed.

Unlike the US experience of war – overseas and distant (which in no way of course diminishes the pain and loss) - the British and European experience of war in the 20th century has been closer to home; the scars and shadows are still with us today and given meaning through the poppy symbol.

As a mark of your understanding, perhaps buy and wear one? The idea of the poppy as a symbol brings to mind the poppies that bloomed in the churned and scarred battlefields of the western front during WWI and the idea for adopting it as a symbol was in fact an American one – the humanitarian Moina Michael wrote: 'And now the Torch and Poppy Red, we wear in honour of our dead…'. She campaigned to make the poppy a symbol of remembrance of those who had died in the war and it has been used as such ever since.