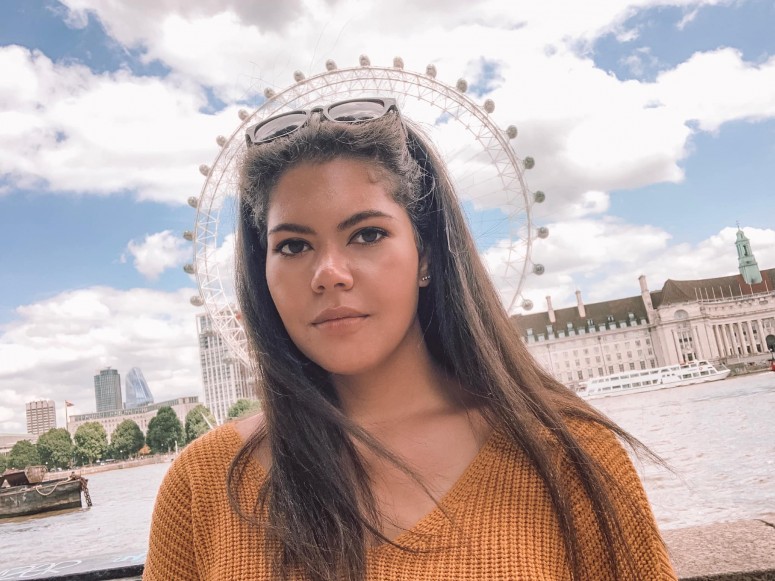 In our second blog featuring past students, we look at how studying abroad influenced our students’ future study decisions. Many of our students go on to graduate studies, further study abroad or study related to their chosen career. A few of our past students shared what they did next. 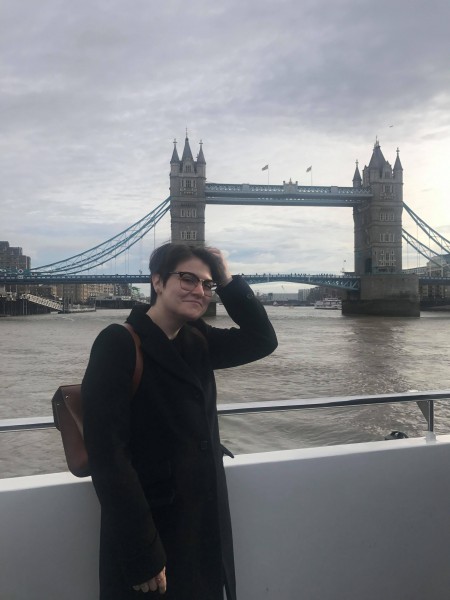 “I feel like I cannot respond to my personal highlights of London without in some capacity mentioning the London Underground in some depth,” says Amanda Dombroski, a History major at Arcadia who studied abroad in London twice, first at Queen Mary University and then as an intern. Her time here directly influenced her choice of dissertation topic.

“I absolutely love the Underground, there is so much history (it’s the first underground railway in the world and still operational!), the art and architecture of the infrastructure is incredible, and it gets you from place to place fairly quickly and reliably.  The first time I visited London, one of my clearest memories is taking the Underground for the first time; I was familiar with the photos of people sheltering in the tunnels during the Blitz and now I was in those same tunnels.  At some point, I became fascinated by the history of the London Underground itself and soon followed many deep-dives into various historical aspects of the modern Underground.  Both semesters I spent abroad in London, in addition to regularly taking the Tube to get around the city, I would often take it to random destinations to explore somewhere new.  When I studied abroad at Queen Mary in 2018, I took a class about architecture in London, in which we learned about the Garden Suburbs Movement and watched the documentary Metro-Land, which ultimately inspired my undergraduate history dissertation, Mind the Gap: The Metropolitan Railway, Metro-Land, and the Birth of the Modern Metropolis.  My dissertation looked at the rise of underground railways in London, specifically focusing on the Metropolitan Railway, today more familiarly the Metropolitan Line, and the role that the railways played in expanding the city limits of London and their role in the development of the modern metropolis London we are most familiar with today.” 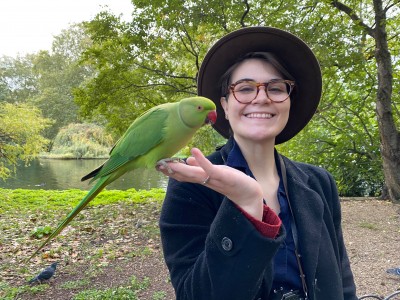 “Studying abroad definitely influenced my future plans in some capacity.  I have long known that I wanted to end up in London eventually (even before spending two semesters here), but studying abroad helped clarify the route I wanted to take to get here.  Initially I was planning to apply to American law schools and once qualified try to find a way back to London, however after interning at a criminal law solicitor’s office through Arcadia’s London Internship Programme, I began considering the possibility of applying to some British universities in addition to those in the United States.  Ultimately, I applied exclusively to British institutions; a main deciding factor being the price difference between American and British universities and the fact I really had no interest practicing law in the United States.  In the UK, law is actually an undergraduate degree (Bachelor of Laws), however some universities offer an accelerated  LLB for students like me, who already have an undergraduate degree and want to also obtain a law degree.”

Mary Murray had also hoped to return, but the pandemic changed her plans: 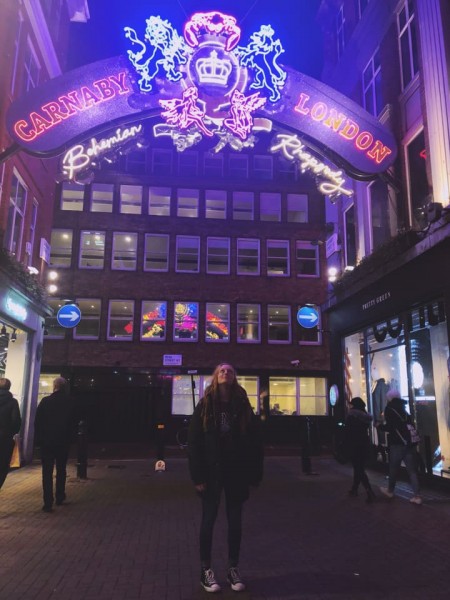 “I've become much more engaged in global aspects of my education. I'm seeking out more global perspectives and have taken a fascination in fields like intercultural communication and international relations. I had been planning on possibly returning to Westminster to pursue my Masters of Arts in Global Media, but with the effects of the pandemic, I decided to stay home in New Jersey. I'm pursuing my Master of Arts in Communications at Johns Hopkins University, and I'm really enjoying the global perspective emphasized in my program. I've become much more passionate about traveling and global perspectives as a whole, and I'd like to think I'm somewhat of a global citizen - I'm able to look at issues and events from a broader lens, rather than an ethnocentric or nationalistic lens. There are so many things that happened while I was abroad, and it really helped me reflect on what it meant to be an American, as well as what it meant to be a global citizen. There's so much strength in diversity, and experiencing so many diverse cultures, especially in a city like London, really exposed me to new cultures and ways of thinking that I carry with me today.”

Amanda and Mary are not alone in wanting to return to London, and in feeling that studying abroad gave them a more global perspective. Since studying abroad on the Hamilton first year programme in 2017 Erica Ivins has continued to flourish academically: 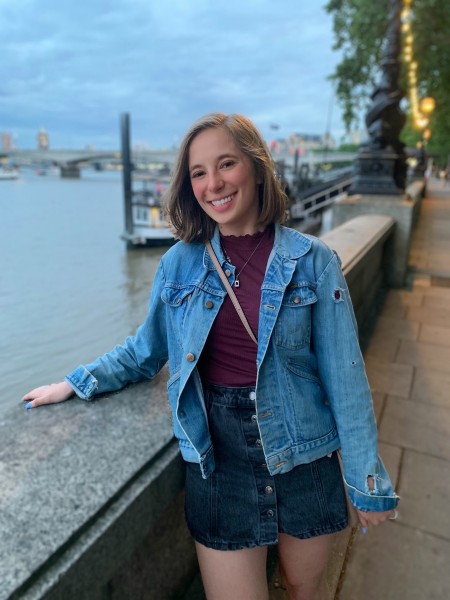 “When I came back from London, I knew I wanted to seek out more international opportunities in the future. In 2019, I received an Emerson Foundation Research Grant to study Joseph Conrad’s humanitarian politics regarding the human rights abuses in the Belgian Congo Free State and Russian Empire. I went onto conduct archival research at prestigious institutions in the United Kingdom and United States, including Oxford University’s Bodleian Library, Yale University’s Beinecke Library, the British Library, and the American Antiquarian Society. In September 2020, my archival work received the Undergraduate Essay Prize from the North American Conference on British Studies (NACBS)! Studying abroad in London in 2017 was a foundational experience for my future career and academic goals, as it inspired me to apply to postgraduate programs in International Relations and Human Rights at University College London and the London School of Economics and Political Science. I am so excited to return to the city that has shaped me into the passionate scholar and curious person I have become today; I cannot wait to come back home.” 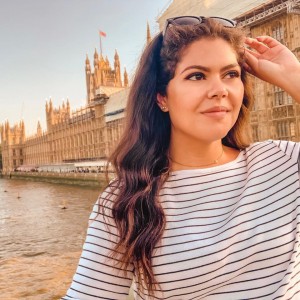 Of course, many students choose to pursue further studies at home rather than travelling abroad. However, in many cases their course and career choice are influenced in no small part by their time abroad, however short. Dominique Welshans, a former student of Ohio State University, came to London for a brief period of study in the summer of 2019 on our Arcadia in London programme and embraced the diversity of London: “I am currently a Master’s student in the Mental Health Counseling program at Belmont University in Nashville, TN. I greatly enjoyed talking with residents of London and embraced the diversity of the city, which led me to further pursue an academic career in an environment where I can interact with people from a wide variety of backgrounds. It validated my interest in the array of experiences that individuals go through. Studying abroad also taught me how to adapt. This is a skill that I carry into my career training, as I must come to adapt to new and changing situations in counseling.”

The pandemic cut short the study abroad experiences for thousands of students studying around the world. However, this has not deterred Alaesha Gaedke from returning to London. Originally from Minnesota but studying at Belmont in Tennessee, Alaesha made the most of every moment in London. 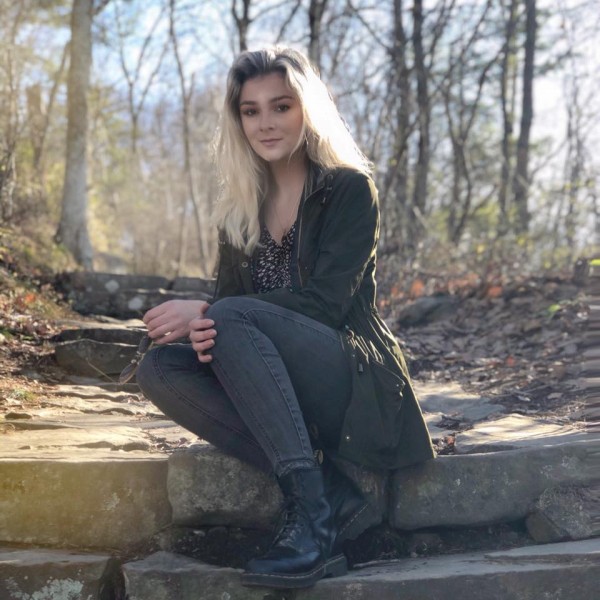 “Throughout those months I spent a lot of time wandering alone meeting new people from all over the world. For example, I’d meet someone at a college tour or a coffee shop and the same night we would be out exploring a new part of London. It was incredibly easy to meet people and throughout that I learned so much about cultural differences, social systems and just different ways of living that I found vastly inspiring– not to mention– free healthcare!”

Reflecting on her decision to pursue a Masters in Global Media Management, she says “ have always imagined myself moving to a different country thousands of miles away from my family and friends completely by myself but had it not been for my studies at Arcadia, I would have never attained the confidence and the knowledge to begin to do so. Although the idea of leaving behind all of my belongings, my car, my first studio apartment, etc. can be quite daunting, if there’s anything I’ve learned over the last year is that when your heart is pulling you to something– it’s always important to explore. More importantly, also recognizing what it isn’t. People will try to pull you in many different directions and it’s normal to have natural inclination to stay in the realm of what’s comfortable, however the hardest part is usually just getting started. Most of the reward is not in the fancy photos or extravagant trips, but rather in the mundane of every day. The fulfilment comes following the path of your purpose and not just what’s convenient. Often, convenience and ‘luck,’ is what happens amidst those challenges anyway.”

We wish them all the best with their future studies.

With thanks to Alaesha, Amanda, Dominique, Erica and Mary for sharing their stories.